A plan to guide the UK safely out of lockdown 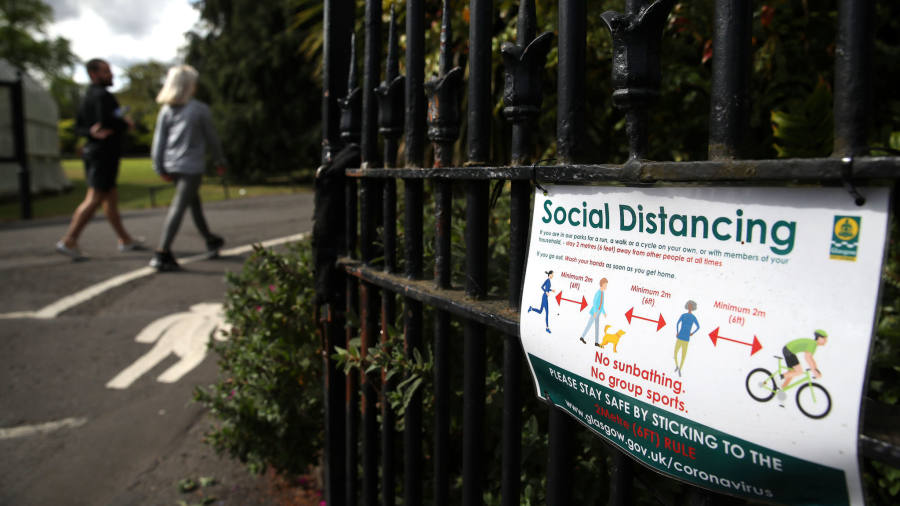 The writer is UK shadow chancellor of the exchequer

Actions taken by the UK government in March — supported by Labour — helped shore up the economy in the short-term. But if those measures are to prevent, rather than merely delay, job losses and bankruptcies, ministers must set out a clear plan.

Unless workers and consumers feel safe going into work and using business premises, economic recovery will be hampered. There is a growing risk of a downward spiral of rising unemployment, contracting investment and increased bankruptcies.

Labour backs the lockdown and the decision to extend it to save lives. But it is disproportionately hurting the most disadvantaged in society. Of those on the lowest incomes, 25 per cent work in sectors that have been shut down; the RSA has estimated that almost a third of jobs held by those in their early twenties are at risk. While London and other large cities have seen the largest health impacts of Covid-19, it is rural areas, towns and smaller cities, especially on the coast, that have seen their economies most affected.

Now is not the time to let up on efforts to limit the economic damage. If ministers withdraw support too quickly, prematurely removing the life raft of the furlough scheme, and millions lose their jobs in the middle of a prolonged downturn, it could take many months for them to find work again. Indeed, many may struggle to find it at all.

This is both a supply- and a demand-side crisis: we can’t afford the kind of radical reductions in incomes we’ve seen over recent years for the less well-off. Nor can we adopt a laissez-faire attitude to those communities hit hardest by the downturn. We must learn from the experience of past recessions.

Labour stands ready to work constructively with the government to get this right. There are five immediate steps it must consider.

First, publish a clear plan for the economic exit from lockdown. Of course, we cannot chart with certainty the course of the outbreak. But we can give workers and employers the assurances they need to plan: by being clear about what support they will receive, how long that support will be available and what tests the government will apply in deciding on its future. This plan should mirror the timelines of the public health strategy. There must be no cliff-edge for the different support mechanisms.

Second, reform the furlough scheme to be more flexible and support a gradual transition back to work. Other countries’ schemes include the ability to work shorter hours, and are linked to training and opportunities for redeployment. Without such changes, the scheme could push more out of work.

Third, we need targeted programmes to protect those most at risk of unemployment, and help the unemployed rapidly back into work.

Fourth, while many companies have found it difficult to access government-backed loans, the subsequent burden of debt will be a struggle for some who succeeded. If liquidity challenges are not solved, significant insolvencies will follow. We need new mechanisms, including equity, and additional grants, so businesses do not take on debt they have no realistic chance of repaying.

Finally, we need to ensure that the strongest foundations possible are put in place for a sustained, resilient and fair recovery. These measures would help prevent an immediate cliff-edge, and smooth the transition from lockdown. But longer-term action will be needed to drive growth during the global slowdown and to ensure that our economy and our public services are resilient to future shocks. We must also build an economy that is fairer, open to trade and offers a better deal to those who have worked so hard to keep us safe, to those who struggle and to communities that have been left behind.

This will require engaging with the broadest set of actors from across the economy. I call on the chancellor to work with me, with business, trade unions, local authorities and others to get our national economic recovery right.

S&P Closes Higher On Defensive Sectors In The Lead

Dollar Up Again and Poised For Weekly Gains

ASX Index Is Poised To Rise As Dow Stabilizes

USD On Top As Recovery And Yields Give Advantage