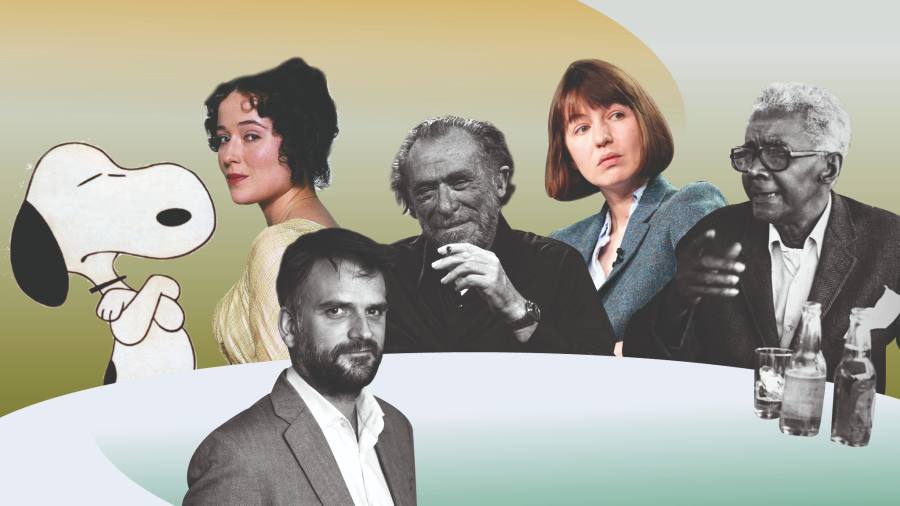 Knoydart, the Scottish Highlands, midsummer’s eve. Ospreys and austere, gothic beauty. There’s no road to it. You can take a ferry from Mallaig or walk for three days from Glenfinnan, where Bonnie Prince Charlie declared war in 1745.

The prince isn’t on tonight’s list because he was a vain imbecile. But CLR James, author of Beyond A Boundary, the greatest book (on cricket) ever written, is. Elderly and wiser than ever, he arrives early so that we can discuss batting (the other stuff — CLR’s forensic knowledge of humanity etc — can wait until the whisky).

The air is warm and free of midges, which has never happened here before.

CLR is the first guest but not the first human. Chef Daniel Humm of Eleven Madison Park in New York has been in place since March, tweaking his menu, shooting deer and planting the finest asparagus garden since Eden. Humm is in the zone: he was catching lobsters in the loch before sunrise. Now he’s in the woods picking mushrooms.

Sally Rooney, author of Normal People, and Snoopy, author of It Was a Dark and Stormy Night, arrive together. They met on the ferry and the beagle is enamoured by Rooney’s startling intelligence. (I am nervous of Rooney, I have to say — I suspect the former debating prodigy can be very withering — but I love her books, so here we are.)

Elizabeth Bennet skips off a mountain. Naturally, she chose to walk from Glenfinnan and three days through mizzle have done wonders for her fine eyes. Now Mrs Darcy, Lizzie is in excellent spirits. She is glad to be away from Pemberley — her husband is many things but he is neither fun nor funny — and she wants to party.

The table is set on a rock on the edge of Loch Nevis. Porpoises frolic. The waiter is Jeeves.

Enter Charles Bukowski, his pock-marked face oozing barfly charisma. He comes with a cask of Talisker and he’s late because he had a nip on the way. This is him shortly after Post Office, his first great novel. He’s in his early fifties, not mellow exactly, but mellower than he was as a postman and less prone, these days, to bust my sack if I spill his pint. He has soul.

Jeeves serves Humm’s scallops with his death-defying broth, bread and scallop butter. It’s so magical that even Bukowski, whose tastes lean towards pork scratchings, weeps with joy. (No sharing plates. I can trust Lizzie and CLR to behave nicely but Rooney is clearly competitive and there’s no way Bukowski or Snoopy — both slobs — are getting near my food.)

The scallops bring out the very best in Mrs Darcy. She is complex and effervescent, challenging — precisely like the Krug champagne that Jeeves pours. (The sommelier is Jancis Robinson, but Jeeves is at the table.)

Lobsters poached with chanterelles and potato. There’s not much to add here, except that Bukowski cries again (he never knew how much he loves chanterelles) and Rooney, who started warily, perks up. Fortified by bottles of Riesling, she and Bukowski spar about sexual politics in the nicest possible way.

Asparagus “En Vessie” with Black Truffle and Potato. At Eleven Madison Park, this creation involves a truffle pork broth, potato purée and one exquisite asparagus. In Knoydart, it is similar except the asparagus is more bountiful.

Snoopy licks each plate with reverential care. No thoughts have passed through his enormous head since the scallop broth.

Next, Venison Wellington with Black Trumpets and Foie Gras, which is a technical nightmare to make (we must keep Humm on his toes) . . . And by this time, Rooney and I are more or less best friends. (I had worried that she wouldn’t like me one bit, but I couldn’t have been more wrong!) Jeeves disgorges bottles of Bolgheri Cabernet, Sassicaia, 1985 and it’s like being in Normal People without the randiness.

Dessert. When I was a boy, my mother’s favourite ice cream was fior di latte, which has a vague milky taste that could be called “subtle”, at best. My three sisters liked mint choc chip. Not this little prig. I had fior di latte to please my mum. Here, Humm has concocted his “milk and honey ice-cream sandwich” with fior di latte. And Jancis has supplied the Sauternes to wash it down.

Shocked by the pared-back elegance of Humm’s cuisine, Snoopy has been mute for most of dinner. Which is fine — he was invited for his charming, philosophical face, above all — but now Bukowski’s Talisker gets his tail up.

He toasts the Red Baron. He flirts with Elizabeth Bennet. Then he flirts with Bukowski. And then Bukowski — impossibly drunk, yet also impossibly sober for how much he has drunk — starts singing “The Wild Rover”, which is my favourite song. Sally Rooney joins in. CLR does the Highland Fling with Lizzie; he suggests cricket on the pier and I bat like Brian Lara . . . And for a few hours, the scene is perfect. Everyone is at their most brilliant and confessional — it feels like we should all hang out more often.

As day breaks, Lizzie and CLR retire to bed (separately). Humm does the washing-up. Bukowski snores mellifluously on the pebbles, Loch Nevis lapping at his boots. Jeeves shimmers in just as Snoopy plants a kiss on Sally Rooney’s cheek.