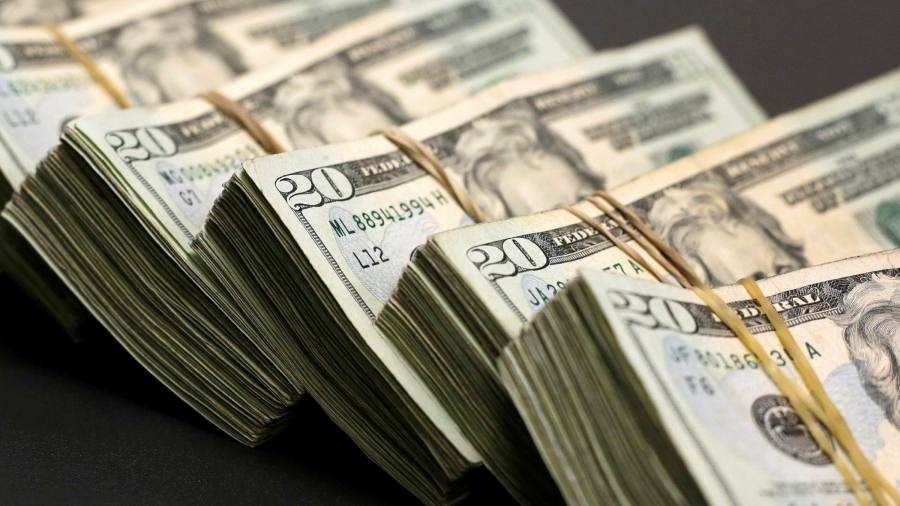 Apollo Global Management added nearly $100bn to its investment war chest in the second quarter, doubling its previous record as a rebound in financial markets unleashed large gains for Wall Street groups even as the American economy falters.

A big insurance deal with Prudential, together with the launch of a credit fund that will offer jumbo $1bn loans to corporate borrowers, contributed to an increase of nearly one-third in Apollo’s assets under management, taking the total to $414bn at the end of June.

Meanwhile, soaring markets helped wipe out about two-thirds of the $577m “clawback” bill that Apollo recorded at the end of March, it said on Thursday. This total reflects performance fees it has already received from investors, and would have to pay back if assets were liquidated at depressed valuations.

The recovery was especially pronounced at a $17.6bn buyout fund where analysts expect asset sales to be an important source of performance fees in the coming months. That vehicle, which was raised in 2013 and is about one-third of the way through selling off its investments, recorded a $2bn increase in value — enough to wipe out its entire clawback obligation.

Apollo’s $1bn profit for the three months ended June 30 marked a stunning reversal from the $2.3bn loss it recorded in the previous quarter, which ended days before Federal Reserve chair Jay Powell promised to use his powers “forcefully, proactively and aggressively” until the economy recovered from the coronavirus shock.

Since then, the US central bank has spelt out an extraordinary package of measures to support financial markets, expanding its purchases of corporate debt and adding riskier securities to the list of assets it is willing to buy.

Wall Street groups have been major beneficiaries, even as the US economy contracted the most in postwar history in the second quarter and unemployment claims surged to historic highs.

Apollo’s shares have more than doubled from their low-point in March, wiping out losses sustained in the early weeks of the pandemic, to trade 13 per cent higher than at the beginning of the year.

Carlyle Group, the Apollo rival where Mr Powell worked until 2005, also swung to profit in the second quarter. On Thursday it reported net income of $205m, compared with a loss of $709m for the previous period.

But while Apollo’s growing asset base inched closer to the $564bn tally of market leader Blackstone, Carlyle gave up ground.

The smaller firm, which has been slower than Apollo to seize new opportunities in credit and insurance, reported assets under management of $221bn, down 1 per cent since the beginning of the year.