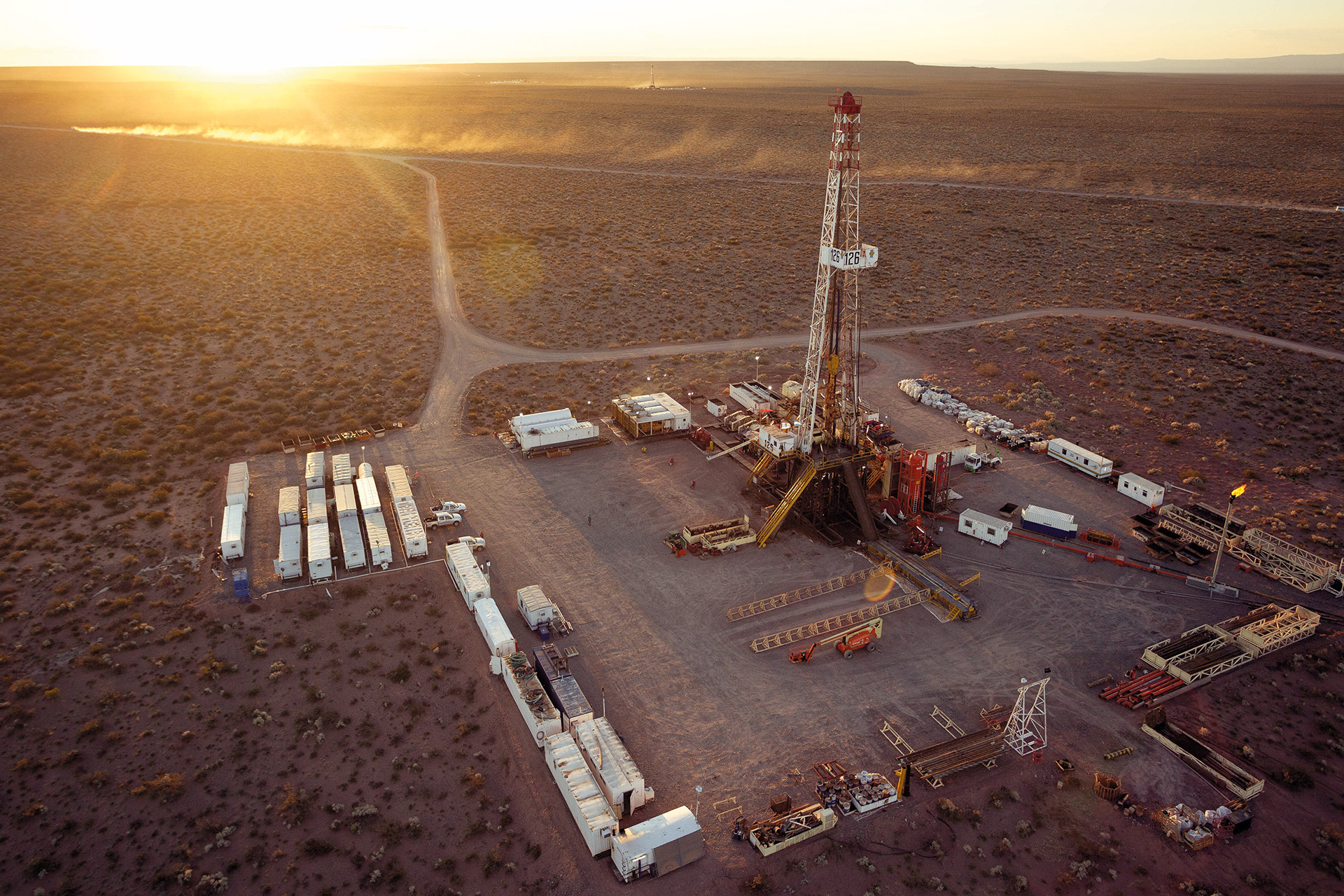 BUENOS AIRES (Bloomberg) –West Texas Intermediate has been gaining since its history-making crash in the U.S. last month, trading at around $25. Brent crude has been practically soaring, touching $30 in London. They can’t match the criollo barrel in Argentina, though — $45 guaranteed, no matter what.

That dream price doesn’t actually exist, but it could soon. The administration of President Alberto Fernandez has circulated a proposal to set $45 as the per-barrel mandate in a bid to keep the domestic drilling business alive and sustain development of the vast Vaca Muerta shale formation during the demand-killing coronavirus pandemic.

Energy markets are rarely left to their own devices in Argentina, to the frustration of many in the industry, and past governments have used controls to shield the local energy business from global price swings. It’s happened so often that there’s a name for it, the criollo barrel, or creole in English. In Argentina, creole means home-grown.

It’s always controversial, pitting producers against refiners and criticized by economists as the kind of protectionism that’s counter-productive in the long term and creates chaos in the supply chain. But the government and drillers see it as vital in an unprecedented crisis.

“This is an opportunity moment,” said David Tawil, interim chief executive officer of Centaurus Energy Inc., an independent producer with shale assets. “Argentina shouldn’t squander the progress made in Vaca Muerta — this is a time when the government can make strides.”

Right now, oil in Argentina is commanding about $20 a barrel. The calculation is that $45 would be close to break-even for fields across the country. That would be 50% more than what a barrel of Brent crude, the global benchmark, is worth now.

“If we don’t do it, the big danger is that when things get back to normal, perhaps in a year, and prices rebound we don’t have production going and we have to import crude,” Matias Kulfas, the country’s production minister, said in a radio interview on May 5.

Of course, $45 oil would only be a boon for producers if there were buyers. There aren’t. Argentina’s strict lockdown to tackle Covid-19 has crushed fuel consumption, as it has around the world.

With at least three of the country’s major refineries all but closed and storage facilities filled to the brim, drillers are tightening output, exporting at a loss and paying small fortunes to stockpile aboard tankers.

The criollo barrel’s return would give producers comfort. If they knew now that they would be reaping $45 a barrel later, when demand rebounds, they would be less aggressive in pulling back operations.

Beneficiaries would include independents Pluspetrol SA and Vista Oil & Gas. Vista’s U.S.-traded shares soared by as much as 16% on Thursday. In theory, a fixed price should also appeal to the multinationals that, over the past year or so, have been upping their stakes in the Argentine shale game in Vaca Muerta: Royal Dutch Shell Plc, Exxon Mobil Corp. and ConocoPhillips.

The burgeoning shale fields in Vaca Muerta — a trove beneath a desert in Patagonia that may hold more hydrocarbons than the Permian Basin in the U.S. — could provide a huge revenue stream for a nation in the throes of financial chaos.

“Argentina needs to have a long-term vision of Vaca Muerta because right now it could go either way,” said Miguel Galuccio, the founder of Vista who guided the nation’s first incursions into shale several years ago as head of YPF SA. “Creole pricing is the way to keep all companies alive — to make sure we get past all the wild animals in our path — and come through the other side.”

Total crude output last year averaged 556,000 barrels a day, making Argentina a minnow producer on the world stage. Of that, only 63,000 barrels a day were exported, though among them were the first cargoes in at least a decade of light Medanito oil, the type that comes out of Vaca Muerta.

Artificial prices would also benefit key allies of the federal government: oil-producing provinces. They include Neuquen, nestled against the Andes and home to most of Vaca Muerta’s acreage, and Chubut, a producer of heavy crude that it exports from an Atlantic port. They need the royalties charged to drillers to pay off oil-backed bonds and prop up spending. Since royalties are calculated as a percentage of crude prices, the crash has been devastating to local revenues.

Then there’s YPF, the state-run company that has led development so far in Vaca Muerta. It’s a producer, a refiner and a retailer, with control of more than half of Argentina’s gasoline and diesel markets. The best equation for YPF, which trades in New York, is cheap crude and expensive fuel.

So YPF has pushed back against the criollo barrel. It doesn’t want to have to pass such an increase on at the pump; raising gasoline prices would enrage its millions of customers. The government, keen to tame high inflation, might not allow that anyway.

Together with Argentina’s other major refiners — Brazil’s Raizen SA and Pan American Energy — YPF has sought to appease the oil provinces and keep the criollo barrel at bay, said a person familiar with the matter: They’ve offered governors royalty payments based on crude priced at $38 to $42 a barrel, no matter the reality.

That wouldn’t help producers, who are lobbying hard to persuade the government to intervene on the prices they receive. One of their arguments is that tens of thousands of oil-field jobs could be protected. Labor unions like the idea even if they can’t quite follow the logic.

“If there’s nobody to buy the oil,” said Guillermo Pereyra, a union leader in Neuquen, “how will higher prices help?”

Gold Falls by the Wayside As a Haven Commodity