U.K’s Centrica Down 4.5% Today, Looking To Sell Portfolio
Centrica is a major power that is U.K.-based, is attempting…
Live User Map
7
sitevisitors

AUDUSD penetrated to the downside the short-term rising trend line in the previous days, but advanced to meet it again before the bearish movement today. A trading range has been created after the touch again on the seven-week high of 0.6570 with lower boundary the 0.6378 barrier.

The price is flirting with the 20-period simple moving average (SMA) ahead of the flat 40-period SMA, while the technical indicators are confirming the recent negative bias with the RSI approaching the 50 level and the stochastic edging south.

To sum up, AUDUSD has been in a consolidation area of 0.6378-0.6570 over the last two weeks flirting with flat short-term SMAs. 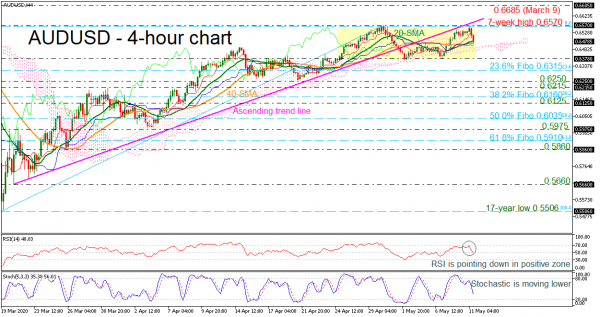 Zimbabwe’s Dollar May Stabilize As Fed’s Plans Roll Out