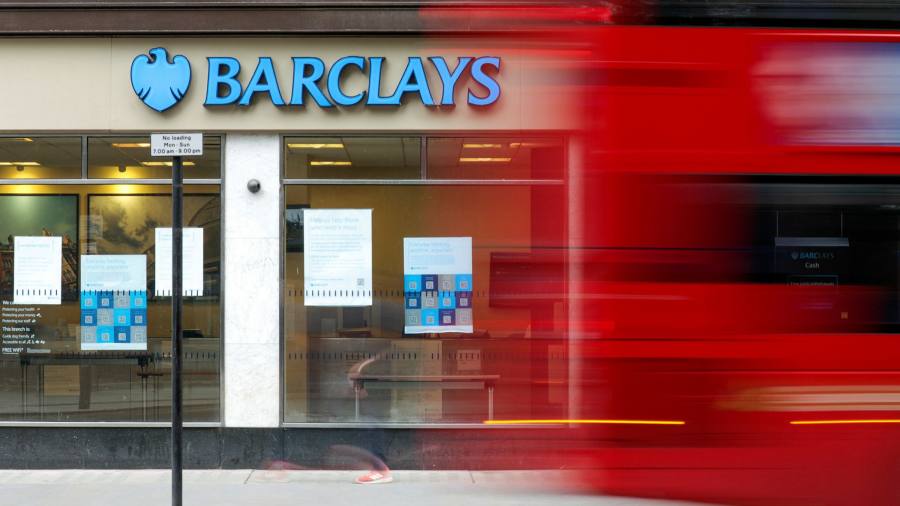 Barclays added a further £1.6bn to its reserves for bad loans in the second quarter as the scale of the damage coronavirus could wreak on Britain’s banks becomes clearer.

Credit impairment charges more than tripled from £408m in the same period last year, as strict lockdowns to slow the spread of Covid-19 devastated the global economy.

The provision for bad loans was worse than the £1.4bn analysts had forecast. In the first quarter Barclays reserved £2.1bn, among the most conservative provisioning of any European lender, taking its total so far in 2020 to £3.7bn.

The charge helped depress net profit 91 per cent to £90m in the period, half the £180m expected by analysts. Profit before tax fell 76 per cent to £359m, the London-based bank said on Wednesday, missing the £491m average forecast of analysts.

“While the remainder of 2020 will be challenging, our diversified model means we can remain financially resilient,” said chief executive Jes Staley.

“Although we will remain well capitalised . . . we may experience stronger capital headwinds in the second half. The board will decide on future dividends and capital returns at the year-end.”

The Covid-19 blow was tempered by a 49 per cent jump in trading income, as the investment bank benefited from high volumes in exceptionally turbulent markets as companies scrambled to raise emergency funds and hedge exposures. However, overall group revenue fell 4 per cent to £5.3bn as income in both the UK and credit card divisions fell.

Fixed-income revenue surged 60 per cent, but still lagged behind its larger Wall Street rivals such as JPMorgan, Goldman Sachs and Morgan Stanley, where revenues more than doubled. European peer Deutsche Bank posted a 39 per cent gain in the same business.

Elsewhere in the investment bank, equity trading rose by about a third and fees from debt capital markets climbed by a quarter, but M&A advisory plunged 61 per cent as deals dried up during lockdown. As a result, overall pre-tax profits at the investment bank rose 17 per cent to £1bn in the period.

The performance, off the back of a similarly good first quarter, will reinforce Mr Staley’s case for preserving Barclays’ trading arm, which he has long argued is a valuable counterbalance to its traditional UK consumer and international credit card businesses, which accounted for more than half of credit impairment charges.

“The reason that we have been able to support the economy as extensively as we have and remain financially resilient is because of our diversified universal banking model,” Mr Staley said. “Even after impairment, we remain profitable.”

The investment bank has been subject to a multiyear attack from prominent activist investor, Edward Bramson, who has led several unsuccessful campaigns to shrink the division and unseat the chief executive.

Barclays’ capital ratio came in at 14.2 per cent, up from 13.1 per cent at the end of March, as it was forced to conserve capital when the Bank of England all-but banned dividends in the spring in response to Covid-19.

Arista Network Shares Surge As Outlook on Profit Is Strong