Biden raised more money than Trump in May 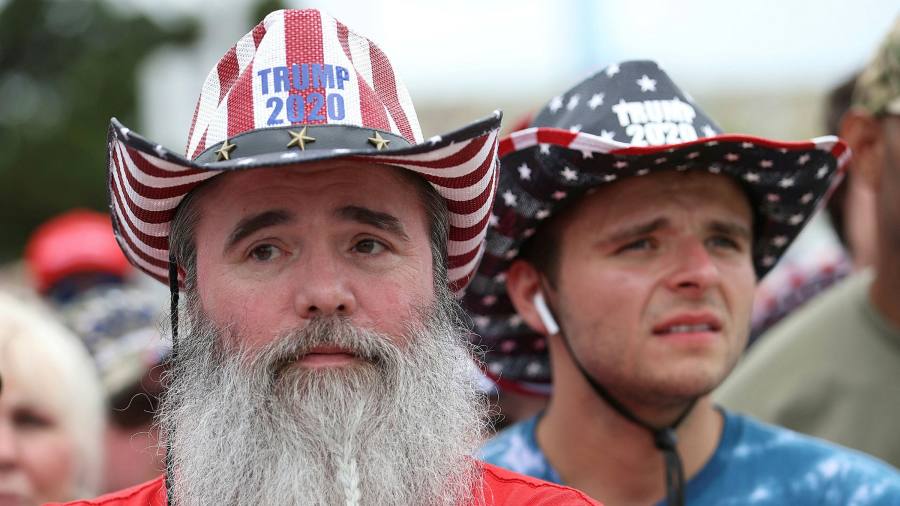 The Trump campaign on Saturday said it raised $74m in May, giving the US president a war chest of some $265m cash on hand for the election.

The Biden campaign said earlier this week that the former vice-president and the Democratic party had raised a combined $81m in May, a $20m increase on their April totals.

Mr Biden has risen steadily in public opinion polls in recent weeks, as an increasing number of Americans disapprove of the president’s handling of the coronavirus pandemic. The president has also come under criticism from both Democrats and Republicans for his response to the widespread protests following the death of George Floyd in Minneapolis, Minnesota, last month.

A Fox News poll this week gave Mr Biden a 12-point lead over Mr Trump nationwide, while a Quinnipiac survey put the former vice-president eight points ahead of the incumbent.

However, the Trump campaign said on Saturday, as it released its latest fundraising figures, that the Republican war chest “continues to dwarf” that of Mr Biden and the Democrats. The latest filings suggest Mr Trump has more than twice as much cash on hand as Mr Biden.

“Biden’s May fundraising numbers show that even though May was Biden’s first full month as the Democrat nominee, and with that brought advantages of higher fundraising limits and the full weight of the Democrat party, Biden was still unable to make a dent in the massive cash on hand advantages that the Trump campaign and RNC enjoys,” the Trump campaign said in a statement.

The campaign said it set a record last weekend for its single largest online fundraising day ever, bringing in $14m in one day, the president’s 74th birthday, with an average donation size of $46.

“While Sleepy Joe Biden lobs ineffective partisan attacks from the shadows of his basement, President Trump is leading The Great American Comeback and he is drawing support from every corner of this country.”

Mr Trump will hold a rally in Tulsa, Oklahoma on Saturday night, in his first major event since the coronavirus began spreading across America. Some 19,000 people are expected to crowd the city’s BOK Center, even though the number of coronavirus cases in Tulsa has spiked since the start of the month and the head of the city’s health department has warned the rally poses a huge risk.