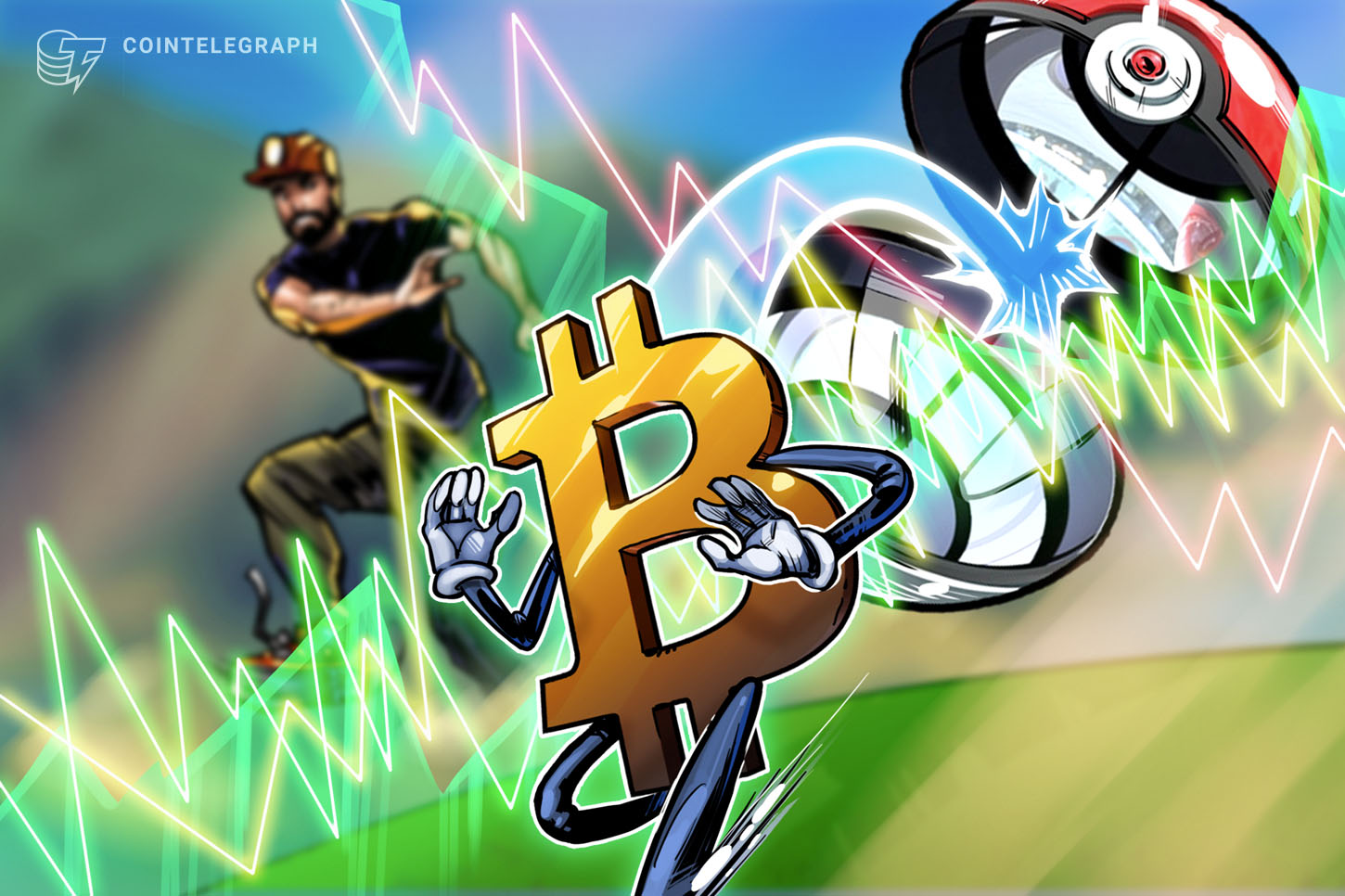 Bitcoin’s (BTC) mining hash rate is seeing major volatility ahead of the halving event, scheduled for May 12, as the mining sector is preparing for a major reshuffle. On May 3, the hash rate set a new all-time high, or ATH, of more than 142 exahashes per second, beating its previous record reached in March 2020.

The metric has not been only going upwards, however. Experts describe the hash rate during the early months of 2020 as “incredibly volatile,” as it ranged from around 70 EH/s to 120 EH/s. Chances are, the hash rate will start falling once the halving happens, but will soon start bouncing back — here’s why.

Why does hash rate even matter? It is the simplest way to evaluate the network’s health. Put simply, hash rate is the amount of computing power miners are using to validate the Bitcoin blockchain. The more power, the more difficult it is for bad actors to compromise the blockchain’s security. A higher hash rate also means greater competition among miners to validate new blocks, as it increases the difficulty of mining new coins.

Last month proved to be the most volatile period for BTC’s hash rate this year. Things were largely shaken up by the so-called “Black Thursday,” the day Bitcoin’s price bled by nearly 50%. The drop happened on March 12, just four days after the hash rate reached an ATH of 123 EH/s, triggering a major sell-off on trading platforms worldwide. This, in turn, affected the hash rate’s performance. By March 25, the metric fell down to just 76 EH/s, its lowest level since September 2019.

A volatile Bitcoin price is one of the key factors behind the “incredibly volatile” metric, Pankaj Balani, CEO at crypto derivatives platform Delta Exchange, confirmed in a conversation with Cointelegraph. Black Thursday prompted a substantial amount of miners to unplug their equipment, Balani explained:

“A price drop of this magnitude is likely to have seen numerous miners switch off operations — at least temporarily — as BTC mining suddenly became unprofitable. As the price of BTC dropped by 50%, miners saw their revenues shrink by a similar amount, with only the most efficient miners being able to absorb the cost. Whether these miners have been able to restart their operations or not remains in doubt.”

Other possible causes include the omnipresent coronavirus pandemic. Balani explained that the rise of COVID-19 has forced many miners to either shut down or reorganize their operations, thereby contributing to the reduction of BTC’s hash rate. “If the pandemic has not reached its end by fall 2020 we should expect to see further volatility in Bitcoin hash rate and price,” he warned.

Moreover, the Delta Exchange CEO suggested that the supply chain disruption caused by the global lockdown barred some miners from being able to switch to more sophisticated equipment that is required to compete in post-halving conditions. The halving will cut the block reward in half — meaning that miners will begin receiving 50% fewer BTC for verifying transactions, and will have to replace unprofitable units with more efficient equipment.

According to Mark D’Aria, the CEO of Bitpro Consulting LLC, the hash rate has been so volatile because newer ASICs — units designed to mine cryptocurrency with industry-scale output — are continually improving in efficiency, while the BTC price has been generally fluctuating between $5000 and $10,000 for several years:

“As the average unit becomes more efficient, it puts more pressure on the less efficient units. For example a year ago an [Bitmain Antminer] S9 could have turned a reasonable profit at $9,000/BTC, but at today’s rates, it may not be efficient enough to stay profitable at $9,000. So you’ve got miners turning marginally profitable equipment on and off more frequently.”

The time might indeed have run out for the S9 series, as a recent report by cryptocurrency research firm TokenInsight showed. The unit’s profitability was around 35% in the early months of 2020 before plummeting into negative territory amid the March crypto crash, although it bounced back to roughly 20% last month. “The only way they may be profitable is if a miner finds extremely low electricity costs, which is challenging,” Alejandro De La Torre, vice president at major mining pool Poolin, explained to Cointelegraph.

Related: Bitcoin Halving History: Hash Rate as a Clue to What Will Happen

So what will replace those failing machines? A next generation of ASICs, capable of producing 100–120 terahashes per second, has already been unveiled by mining hardware giants like MicroBT and Bitmain. Pankaj Balani described a fierce competition between the two:

“Increasingly efficient miners are making their way to the market now, with both Bitmain and MicroBT racing to bring their miners to market in time for the halving. These include the AntMiner S17, S19 and S19 Pro models and the MicroBT WhatsMiner M30S — both touted to be the most profitable miners on the market.”

Although some of the new devices are already being plugged in, they mostly won’t be shipped out until the halving. The hash rate is therefore likely to drop right after the event takes place. Marc Fresa, founder of United States-based company Asic.to, which specializes in producing firmware for mining machines, told Cointelegraph:

“You can expect the hashrate to decrease as profitability for miners across the board are slashed. This result will cause the older generation miners to be unplugged unless they can find a new home with extremely cheap or free power. That being said historically just give it a little bit of time and the hashrate will be at a new all-time high. We can not forget that the next generation machines are just now starting to be plugged in and firmware optimization for the current generation makes them very competitive even post having.”

Alejandro De La Torre shared a similar sentiment. “The addition of new, more powerful miners has caused volatility to the hash rate,” he told Cointelegraph. Nonetheless, another hash rate ATH may be on the cards before the halving takes effect, De La Torre added. He highlighted three factors behind his forecast, namely that these are the last days for miners to make use of 12.5 Bitcoin rewards; the increased BTC price further adding to their profits; and a rise in transaction volumes, which will increase the fe