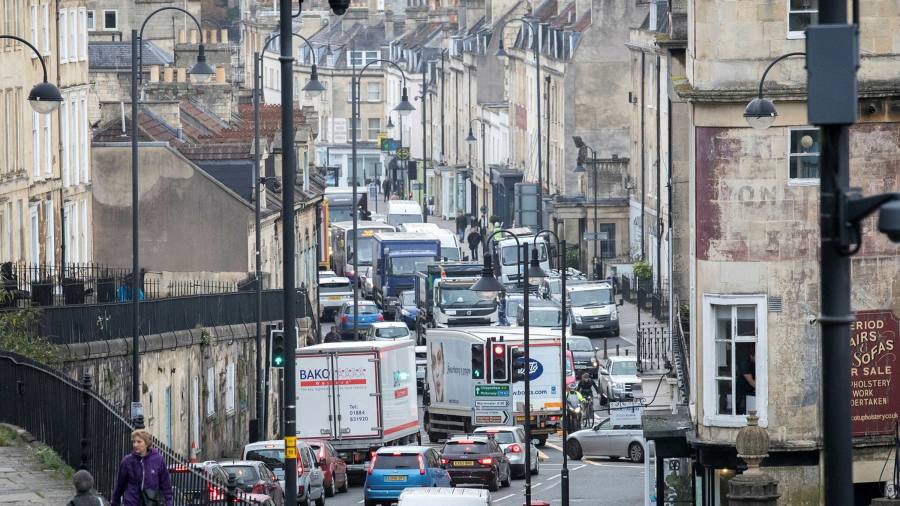 The Johnson government will set out proposals this week for the biggest overhaul of the UK’s planning system for decades in an effort to speed up construction of homes and infrastructure.

Robert Jenrick, housing secretary, will launch a consultation on new plans that will order local councils to designate land either as “growth”, “renewal” or “protection” in an effort to stimulate building and tackle the UK’s acute housing shortage.

“We are introducing a simpler, faster, people-focused system to deliver the homes and places we need,” Mr Jenrick said in a Sunday Telegraph article. “Our reforms seek a more diverse and competitive housing industry, in which smaller builders can thrive alongside the big players and where planning permissions are turned into homes faster than they are today.”

Reforming the UK’s planning laws is central to the aims of Boris Johnson’s government. The prime minister has used the slogan “build, build, build” to describe his strategy for remaking the economy after the coronavirus lockdown. Downing Street believes that a liberalised system is vital to unlocking growth, particularly outside of big cities.

Mr Jenrick’s reforms aim to speed up and simplify the existing system, which dates back to legislation passed in 1947. Mr Jenrick said his plans would replace the “outdated and cumbersome planning system” in order to deliver more homes.

Under the plans, land designated as “growth” by local councils will allow permission for new developments to be granted automatically. “Renewal” areas will be given “permission in principle” to balance speed with necessary checks. Areas given “protection” status, including the greenbelt and areas of outstanding natural beauty, will not have any automatic building rights.

Mr Jenrick said the new process would be “thoroughly democratic” and ensure rapid development of infrastructure — such as schools and doctors’ surgeries — to accompany more houses. Notices for developments will also be moved online, instead of paper pinned to nearby lamp posts.

The reformed system “places a higher regard on quality and design”, the government said, and would draw inspiration from design codes and pattern books behind construction in the city of Bath, the London neighbourhood Belgravia and Bournville, a model village near Birmingham constructed by the Cadbury family.

The new system will include a “model design code” that follows the conclusions of last year’s Building Better, Building Beautiful Commission to ensure a minimum standard is met. But critics of the new system warned that the liberalisation process may lead to rapid construction, with many properties potentially not meeting those high standards.

Brian Berry, chief executive of the Federation of Master Builders, said “new measures that make the planning system quicker and more affordable are welcome but it is vital that high standards in design and build are not compromised as a result, and that any overhaul doesn’t in fact add further delays”.

Tim Farron, the Liberal Democrats’ housing spokesperson, also criticised the government for not investing in social housing. “Rather than tinkering with planning laws, what Robert Jenrick should be doing is unveiling a huge housebuilding programme of social homes for rent,” he said. “We have already lost thousands of social rented homes as a result of the government’s permitted development changes to date.”