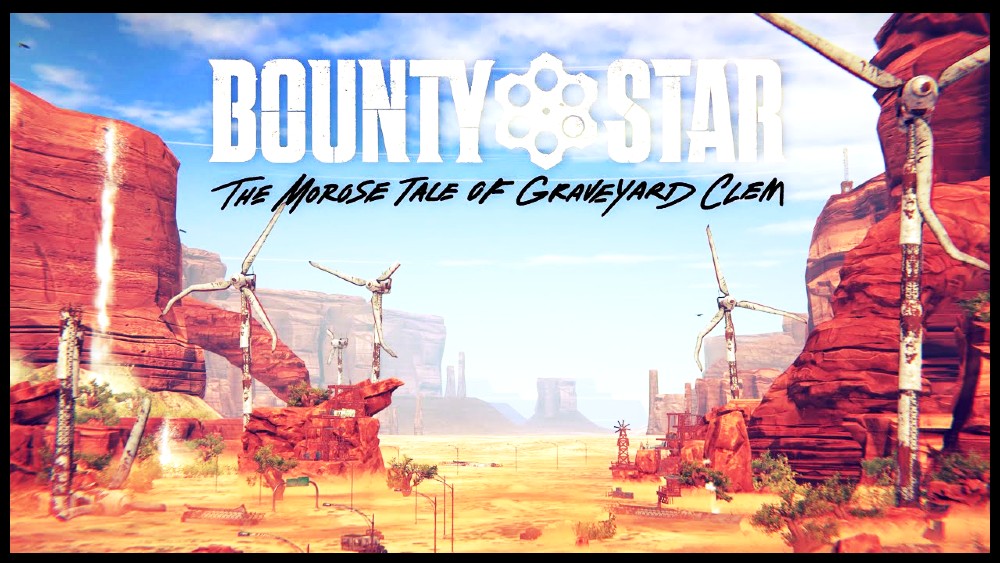 Bounty Star is the Latest Upcoming Release From DINOGOD, and it is set to release early next year. The game is an “over-the-shoulder” 3D-action game that fuses giant mechanical suits and customization with farming and castle building. The player becomes Clem, a retired but formidable war veteran and talented fighter. Clem, and the player must attempt to get through the waste of the Red Expanse, which is a representation of the post-apocalyptic American West. In the main article we will be looking at the game and what it offers the genre. 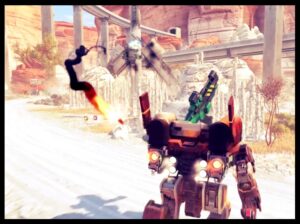 the player takes control of an expert Mech Pilot, which is a class of people in the game. The mech suit the player pilots is the MkII, which is a more sophisticated and powerful version of the Mechs that made the war possible in the first place. Though the farming is an important part of the economy of the Red Expanse, Bounty Hunters are also incredibly important.

You must settle down and protect your homestead before going out on the frontier to bring back bounties. The main plot also advances but the game is full of side quests and interesting things to explore in the meantime.

“You pilot the Desert Raptor MKII, a Mech of extraordinary power. It is a highly-customizable battle vehicle that can be equipped with a variety of offensive systems: heavy, high-powered melee weapons, steam powered hydraulic siege weapons, explosive firearms, and more. It can also be equipped with a variety of defensive systems; high-speed thrusters, boosters for dashing, riot shields, among others.” -Developer 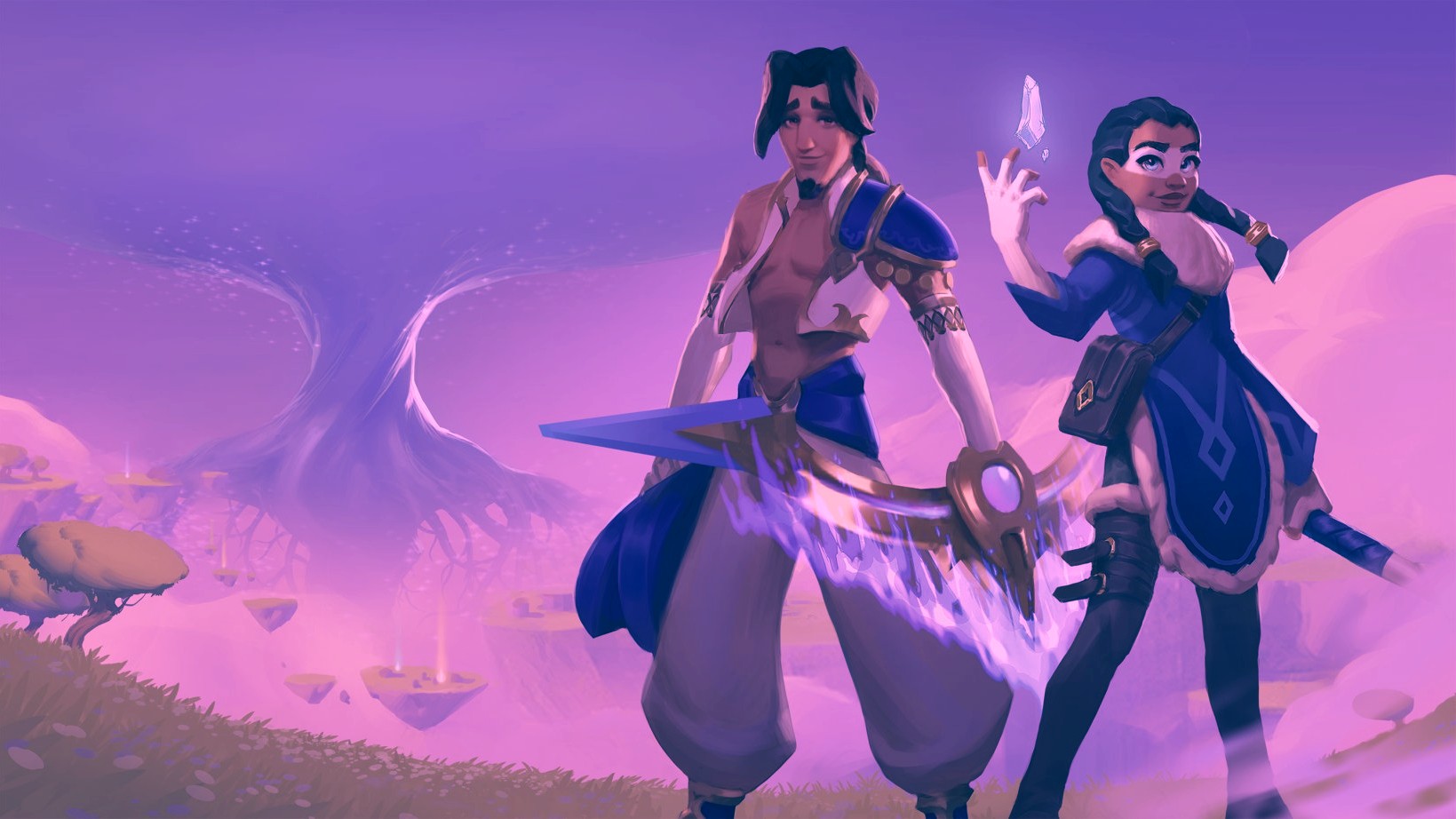 The first “Fableborne Pre-Alpha Playtest” will take place on the day Pixion Games has announced, allowing a select group of community members and content producers the opportunity to play the game and some of its key features before the general public.

Fableborne is an action role-playing game with strategic base building that was developed by seasoned business professionals. In a lore-rich universe with magnificent imagery and an engaging gameplay loop, players can establish their bases, raid their rivals, and enhance structures and Echoes.

During the month of October, there will be two rounds of playtesting for this Pre-Alpha

The first Playtest is a Community & Content Creator Sneak-Peak that takes place on October 8 and 9, 2022, respectively. A select group of community members and content producers are being invited by Pixion Games to participate in the inaugural Playtest and immerse themselves in the Fableborne universe.

The second playtest will take place the following weekend, from October 15 to 16, with a larger number of people permitted. In contrast to other Playtests, Pixion Games wants to make the Playtest rewarding and enjoyable in addition to gathering useful feedback from the community to develop Fableborne. The Shatterlands Invitational, a tournament event, will take place over the course of these two days and is open to members of Pixion Games’ community as well as those from different DAOs and Guilds. The players will battle with one another to be the best competitors. A $2500 prize pool and bragging rights are up for grabs for the fortunate winners.

A Pre-Alpha Champion Badge and Discord community money that can be used to enter NFT Raffles are just a couple of the special prizes that participants can unlock.

This event will feature participation from a number of Web3 gaming-focused DAOs and Guilds, including Ready Player DAO, IndiGG, MetanomGG, and many more that have yet to be revealed.

It is simple to register for this Pre-Alpha Playtest. The only requirements for users are to join the Discord group, subscribe to the Fableborne newsletter, and complete the Pre-Alpha Survey that will be emailed to their email address. There is a decent chance, with a little luck, of being chosen to take part in and compete in the Shatterlands Invitational. 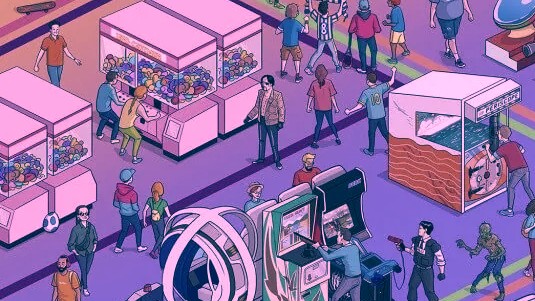 Sega, one of the most significant gaming firms with headquarters in Japan, has declared that it will create its first blockchain-based game. The project will be based on the Sangokushi Taisen series, a well-known arcade game in Japan, and will be developed by another gaming business, Double Jump Tokyo.

The Sangokushi Taisen series of strategy games includes a number of titles that let users employ digital playing cards on a digital playing field. The design of the game makes it easy to incorporate blockchain components, such as the tokenization of some in-game assets and the trading functionality of the cards. However, none of the businesses have specified how these blockchain components will be incorporated into the gameplay.

Sega has not yet disclosed a rough release date for the game, but the company has not divulged the existence of any related projects either

Doubling up Tokyo also disclosed that Oasys, a Japanese gaming initiative, will serve as the game’s vehicle for the blockchain component. A blockchain project called Oasys seeks to be scalable enough to handle many participants using its services at once. With this and future releases, the business intends to break into the AAA game scene.

Bandai Namco, Sega, Jump Crypto, and even Square Enix, which became a validator of the chain and is actively researching the launch of blockchain games using this technology, are among the traditional entertainment powerhouses and cryptocurrency companies that support Oasys.

Sega hasn’t been clear about their position on NFTs or blockchain gaming. The company said in January that if its customers perceive the use of these technologies in its games as a money grab, it may stop using them. More recently, in April, Sega made a suggestion that its “Super Game” development approach would incorporate NFTs and metaverse components.

Similar to Ubisoft, other AAA gaming firms have been more transparent by establishing their own NFT markets and incorporating NFT components into games from well-known properties. Blockchain is a significant component of Square Enix’s future business strategy.

Against the Storm Has Begun Early Access This Week Sept 2022 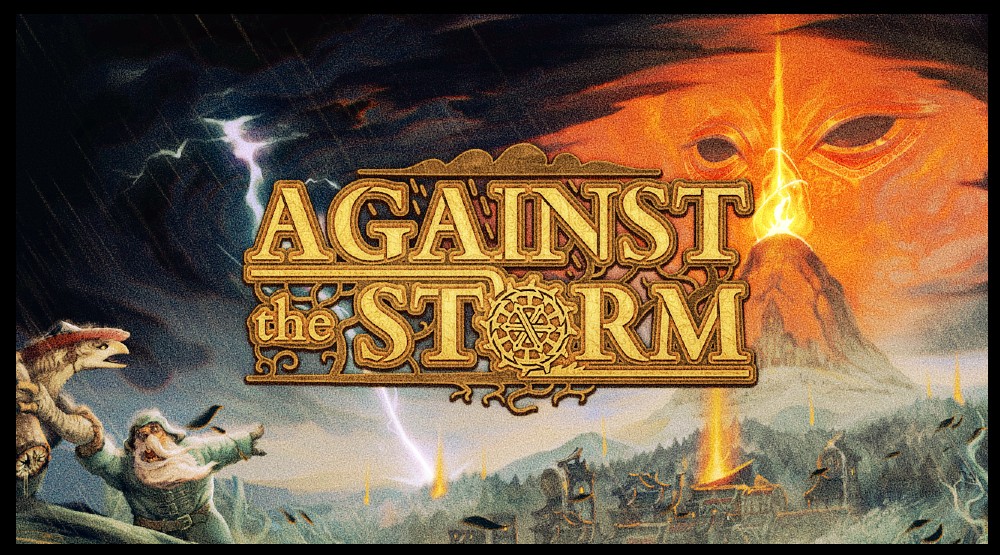 Against the Storm Has Begun Early Access This Week, Sept 2022. Developed by Eremite Games and summitted by publisher, Hooded Horse, this city-builder style game has begun allowing early access for players. As the Viceroy to the Scorched Queen, you are tasked with scouring the landscape for resources in order to build the city back from disaster. The titular storm has obliterated the town and government, and now you must find a way to claw back power and control. In the main article, we will be examining the game and getting the developer’s perspective. 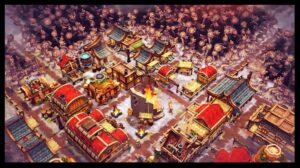 The setting of this game is the Smoldering City, which is a dilapidated outpost in the middle of a wilderness of dangers. There is a twist to the mechanics of this game that set it apart from other city builder/management games.  The storm that wiped out the settlement always returns, forcing the player to start all over.

This may be off putting to many players, but early access crowds have already raved about this title and its dynamic settings, landscapes, dialogue, and scripting.

“You are the Viceroy — the Scorched Queen’s trusted official sent to resettle uncharted wilds during the calm between Blightstorms. Gather precious materials and extend the frontiers of your civilization. Each city location you settle in the 5 biomes poses unique challenges and supplies different combinations of scarce resources. Optimize production networks and trade with your previously established settlements in a living world.” –Steam