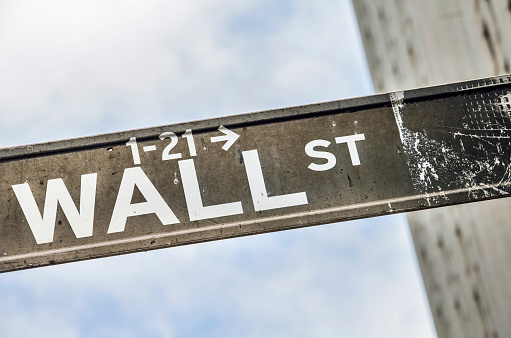 As if it wasn’t already clear that we’re living through extraordinary times – and markets – investors are piling back into stock on Friday after a sharp sell-off a day earlier.

While yesterday’s 6.9% plunge in the Dow isn’t even in the top three worst days this year, it’s still a quite remarkable daily drop historically. Today’s rebound may not last and could just be a case of those declines being slightly pared back but these markets are very strange and I wouldn’t be surprised if it’s instead being perceived as a “buy the dip” opportunity.

Yesterday’s sell-off was attributed primarily to dour Fed forecasts and a rising number of new cases across certain US states where lockdown measures have been eased. While both of these should be a concern, I’m not convinced they will deter investors for long in this wildly distorted market.

Forecasts haven’t worried investors for now and we’ll need to see dramatically bigger spikes in new cases for states to even consider tightening lockdown measures again. This feels like more of an excuse to take some profit in a market that has bounced back remarkably to the point that there’s a huge disconnect between stock markets and economic reality.

The UK provided a timely reminder of the economic reality this morning, with monthly GDP data for April showing the economy contracted by 20.4%. That’s horrific but I must admit, when I read it, I wasn’t even surprised, I just shrugged my shoulders and moved on. And I’m not the only one, the pound is making decent gains today despite that quite ridiculous number.

Just a look at the range of forecasts ahead of the release highlights how uncertain these times are. And while these headline numbers will grab a lot of attention, as they should, the economic shock isn’t as important as the longer term consequences, which we should get a better grasp of in the coming months as the lockdown easing continues.

Oil didn’t escape yesterday’s backlash, with crude falling more than 5% on apparent fears around rising case numbers. Again, we have to take this in the context of an asset class that has done rather well over the last couple of months. It’s been some rebound and I think some serious profit taking may have kicked in. It’s creeping higher again today but $40 may remain an upside barrier for WTI.

Gold has been range-bound for the last couple of months since it first tried to break $1,750 only to quickly run out of steam. It’s tried again a few times since, each as unsuccessful as the last, and it looks to be suffering the same fate again this time. It’s pushing a little higher aagin as it looks to capitalize on dollar weakness but we could see it run into difficulties once again, unless the greenback continues its journey south.

Weekly Economic and Financial Commentary: Was April the Bottom?