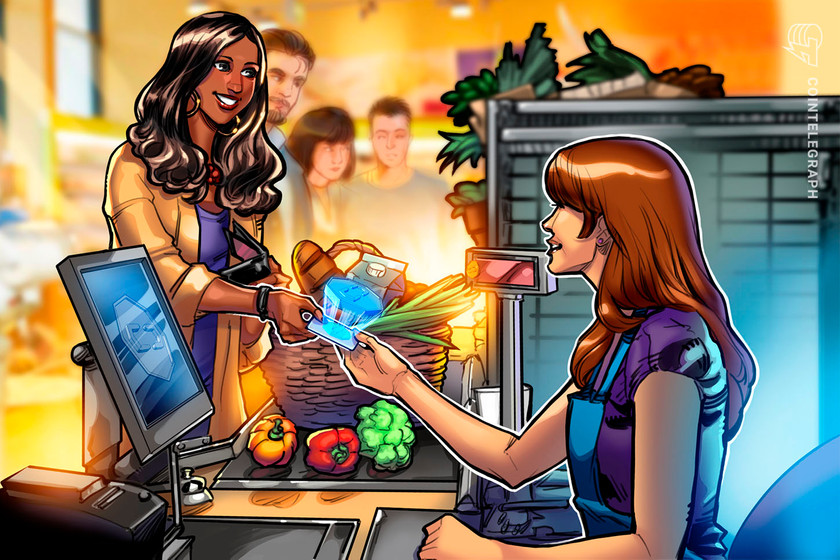 While some have doubts when it comes to cryptocurrencies as a form of payment, this survey of active users indicates that they are genuinely impactful reasons for switching to crypto.

Bitcoin’s status as legal tender in El Salvador has recently sparked a new round of discussion concerning Bitcoin (BTC) and its role in the world economy. Despite ambiguous reactions from institutions such as JPMorgan Chase and the World Bank, some feel that Bitcoin’s status as a means of payment is now more explicit than ever.

Meanwhile, the perception of Bitcoin among retail users is contrasted sharply by institutional uncertainty. A recent study by CryptoRefills, a company that sells vouchers and gift cards in exchange for cryptocurrency, seems to suggest that many users view Bitcoin as a useful way to pay for goods and services, with 66% of survey respondents stating that they view cryptocurrencies as a method of payment.

Among the group surveyed, data suggests that Bitcoin is the most popular cryptocurrency, accounting for roughly 78% of the shopping transactions made. Many users hold other assets in their portfolios as well, such as Ether (ETH) and Litecoin (LTC).

Litecoin appears to be especially popular among users who buy goods and services with crypto, despite only ranking as the 12th-largest  cryptocurrency by market capitalization. It takes second place by transaction volume and the third place by ownership percentage, with 31% of the crypto consumers surveyed holding a reserve of the token.

The report also attempts to shed light on the people adopting cryptocurrencies as a means of payment, suggesting that crypto-consumers can be found in all regions of the world across a diversity of socioeconomic backgrounds.

It highlights two major groups that both favor crypto as a means of payment, with both representing two different worlds.They are different by the country of residence, their occupation and income. The survey results may demonstrate distinct motivators that drive people to shop using cryptocurrencies.

The data seems to paint the picture of a user whose crypto adoption is forced by external economic issues, such as lack of access to banking services and other payment options, or the economic instability in their countries.

According to the survey, crypto consumers in this group come from developing economies and tend to be self-employed. Many of them receive crypto as payment for their services — ranging from coding tasks to writing blog posts — and they spend crypto because of the necessity, with about half of the respondents unable to cash out their crypto holdings.

Crypto also enables useful remittance services for migrants. CryptoRefills’ data suggests that the percentage of migrants among crypto consumers outstrips the overall percentage of migrants worldwide by 4.75. The number points to an increased level of interest in crypto from people living outside of their home countries, as traditional international money transfers tend to be more expensive and take longer to process.

The second group of crypto consumers come from developed countries, and they seem to support crypto adoption for the sake of trying the newest technologies. The report alleges that none of the issues associated with crypto shopping scares away these crypto enthusiasts, who are genuinely committed to innovation.

The survey also noted an exponentially increasing rate of crypto adoption among the users surveyed. The number of crypto holders has accelerated in the last two years, according to the CryptiRefills report, with 20% of crypto consumers first buying digital assets within 2020. The data also seems to demonstrate that less than a third of surveyed crypto consumers owned digital currencies before the 2017 crypto boom.

However, users are facing numerous problems that could be stunting the growth of cryptocurrencies as a means of payment. A recent article by the Wall Street Journal highlighted several perceived issues with crypto-funded shopping, such as high transaction costs, long transaction processing times and price volatility, but the survey by CryptoRefills found some reasons beyond the most obvious ones.

According to the report, more than half of the users surveyed did not know how to find retail locations that accept blockchain-based assets. While the market for crypto shopping is still in its early stages, the data shows that accepting crypto in return for goods and services could be a golden opportunity for merchants. Ranked second among the barriers, after costly transactions (49.4%), comes store or product unavailability.

The adoption of crypto shopping is heavily dependent on the demand from consumers on one side and on shopping experience on the other side. As more people are willing to pay with crypto to buy goods and services, merchants are increasingly likely to make such payment methods available. In the end, even Tesla is ready to accept Bitcoin for its cars under specific conditions.