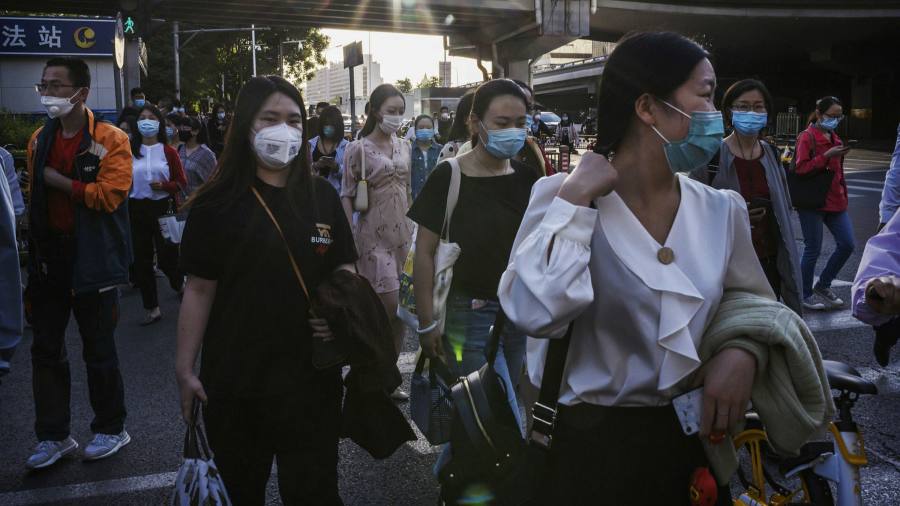 Coronavirus continues to reverberate in the news this week. Even as countries lift lockdown restrictions, policymakers are reckoning with the economic fallout.

Minutes from the Federal Reserve’s last monetary policy meeting, job numbers from the US and Germany, and business surveys from China and Japan promise to throw further light on the challenges facing the global economy.

Questions of trade will also be to the fore, as the successor agreement to Nafta comes into force, and a new round of talks about post-Brexit arrangements begins for the EU and UK.

Elsewhere, familiar tensions continue to play out, with Taiwan reaching out to Hong Kong residents who are anxious about Beijing’s intentions, and Israeli prime minister Benjamin Netanyahu pondering his next move in the West Bank.

Two milestones this week will bring home the speed and severity of the pandemic.

On Tuesday, it will be exactly six months since the World Health Organization was first alerted to a “pneumonia of unknown etiology” in Wuhan, China. Chinese authorities reported a cluster of cases to the WHO’s country office on December 31.

Since then the disease, now known as Covid-19, has claimed nearly half a million lives worldwide. The WHO expects that this week the total number of cases will reach 10m.

Its impact continues to be felt around the world:

On Monday, Derek Chauvin, the police officer accused of the murder of George Floyd, will face his second court hearing in Minneapolis. The killing last month of Floyd, who was black, by Chauvin, a white police officer, sparked antiracism demonstrations worldwide. The court will also hear the cases of the three police officers accused of aiding and abetting Chauvin.

“Intensified” talks between the EU and UK over their post-Brexit relationship will start on Monday, with an in-person meeting in Brussels between Michel Barnier, the EU’s chief negotiator, and David Frost, his UK counterpart. Both sides have signalled their willingness to reach a deal, but time is short: the UK’s post-Brexit transition period ends on December 31, and the deadline for requesting an extension — which Boris Johnson, UK prime minister, has insisted he will not do — lapses on Wednesday.

On Wednesday, Taiwan will open an office dedicated to helping Hong Kong residents and businesses relocate to the island. The new service — a response to China’s tightening grip on Hong Kong, which includes a controversial plan to impose national security laws on the formerly UK-administered city — will not be welcomed by Beijing: it regards Taiwan as its own territory, and has already criticised President Tsai Ing-wen’s government for sheltering pro-democracy activists from Hong Kong.

Taiwan’s move will coincide with the 23rd anniversary of the UK’s handover of Hong Kong to China. Since 2003, the date has been marked with sizeable pro-democracy demonstrations, and similar protests are planned for this year.

Russia’s week-long referendum on constitutional reform, postponed from April because of coronavirus, ends on Wednesday. The amendments, which would permit Vladimir Putin, whose presidency is due to end in 2024, to stand again for office, have already been passed by Russia’s constitutional court and both houses of parliament, and the public vote appears unlikely to deliver a different verdict.

Israel’s cabinet will begin discussions on Wednesday about prime minister Benjamin Netanyahu’s plan to annex territory on the West Bank. Under US President Donald Trump’s “Peace to Prosperity” blueprint, endorsed by Mr Netanyahu, Israel can claim sovereignty over 30 per cent of the West Bank, much of it already containing Israeli settlements, with the remainder going to a Palestinian state — a proposal that the Palestinians have rejected. Whether Mr Netanyahu will press to acquire that much territory immediately or a smaller portion is currently unclear.

The US-Mexico-Canada Agreement, Donald Trump’s replacement for the Nafta trade deal, comes into effect on Wednesday. The US president criticised the earlier agreement, which came into force in 1994, for harming US jobs; its successor includes a digit