Coronavirus: US daily rate of new cases eases below 40,000 — as it happened 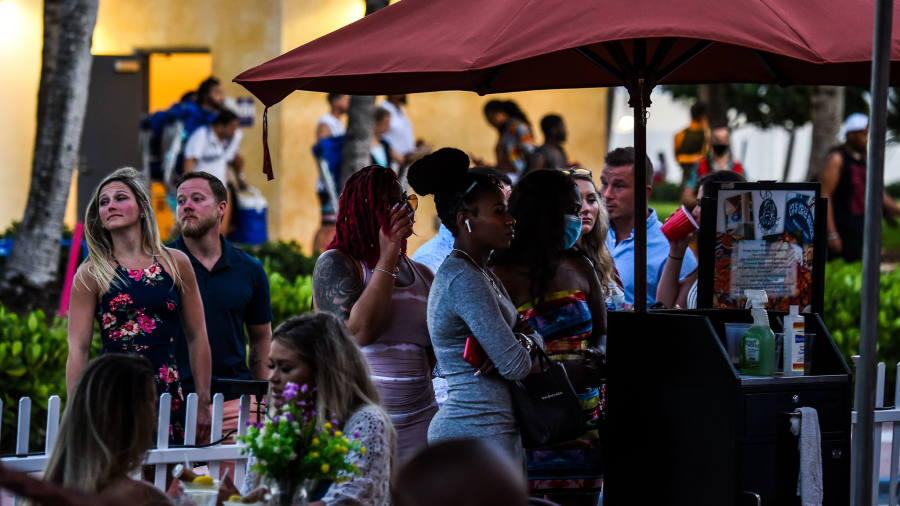 Daily rate of new coronavirus cases in US eases back below 40,000

The number of new coronavirus cases in the US fell below 40,000 for the first time in four days, but states in the west and south remained vigilant with Arizona becoming the latest to reverse reopening plans.

California (5,307), Florida (5,266) and Texas (4,283) had the biggest increases, but remain below records hit in recent days that prompted the latter two to begin the statewide reversal of plans to reopen their economies.

Figures on Monday tend to be lower than other days of the week owing to a slowdown in reporting over the weekend and typically tick up again on Tuesday.

Arizona reported 625 new cases on Monday, down from a record 3,857 on Sunday. The state’s health department said today’s report was incomplete because a lab partner had missed the daily deadline for submission of data.

Governor Greg Ducey announced on Monday the state’s reopening plans would be reversed, with bars, gyms, cinemas and water parks to close for at least the next 30 days, while the reopening of schools in the state will now be delayed until at least August 17.

Microsoft Shares Down as It Defends Against Diversity Allegations

The Number One Share, Hands Down, You Should Own