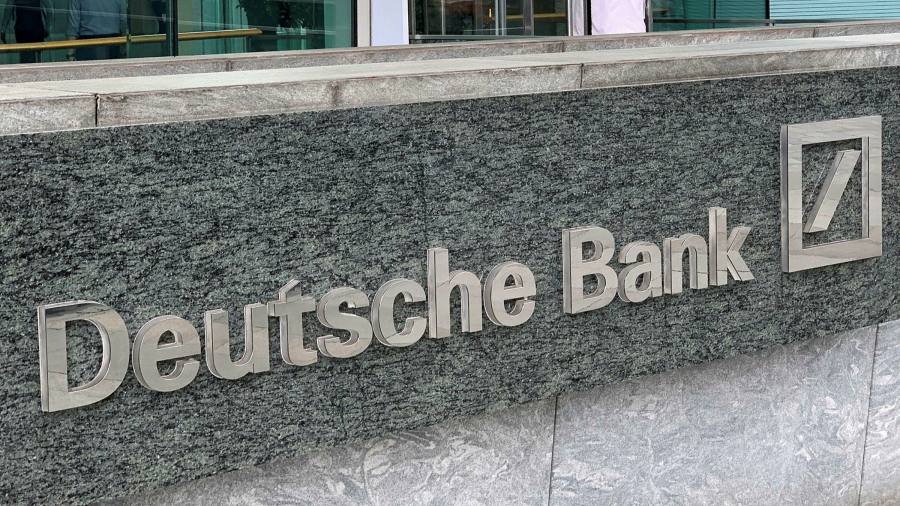 Deutsche Bank has increased its forecast for revenue this year after the lender’s second-quarter results topped analysts’ expectations.

Germany’s largest lender on Wednesday said it was expecting that revenue this year would be “essentially flat”, compared with the previous guidance of a slight decrease.

Deutsche chief executive Christian Sewing is in the second year of a radical restructuring plan that entails cutting about 18,000 jobs and a 20 per cent reduction of the bank’s balance sheet.

“Deutsche’s restructuring measures have made it more resilient to weather the disruptive effects of the coronavirus pandemic,” said Michael Rohr, an analyst at Moody’s.

Driven by the strongest surge in fixed-income trading revenue in almost eight years, investment banking revenue shot up 46 per cent year on year to €2.7bn in the quarter. Group revenue rose 1 per cent to €6.3bn, €200m above expectations.

The net loss attributable to shareholders for the quarter nearly doubled to €77m but was only half as big as forecast by analysts.

Provisions for credit losses at €761m were almost five times higher than a year ago but better than the €818m expected.

The lender also said that the risk of its common equity tier one ratio — a key measure of balance sheet strength — temporarily falling below Deutsche’s internal target of 12.5 per cent in 2020 was “now significantly lower than was anticipated earlier in the second quarter 2020”.

School closures force parents to choose between family and work