Dollar stays generally soft today so far but weakness is relatively limited. Some selling pressure was seen as poor PPI inflation data. But Fed chair Jerome Powell’s comments on negative interest rates is giving the greenback a slight pop. For now, New Zealand Dollar remains the worst performing one for today after RBNZ’s QE expansion. Canadian Dollar and Sterling are the stronger ones.

Technically, Gold might be a focus today as range of converging triangle continues to narrow. A break out should be imminent and break of 1723.36 minor resistance will target 1747.75 high. Break will resume rise form 1451.16. Sterling will also be a focus as the post GDP recovery quickly lost steam. Break of 1.2247 support in GBP/USD will indicate completion of rebound from 1.1409 and turn outlook bearish. Break of 0.8863 resistance in EUR/GBP will also indicate short term bottoming and bring rebound to 0.8987 fibonacci level. 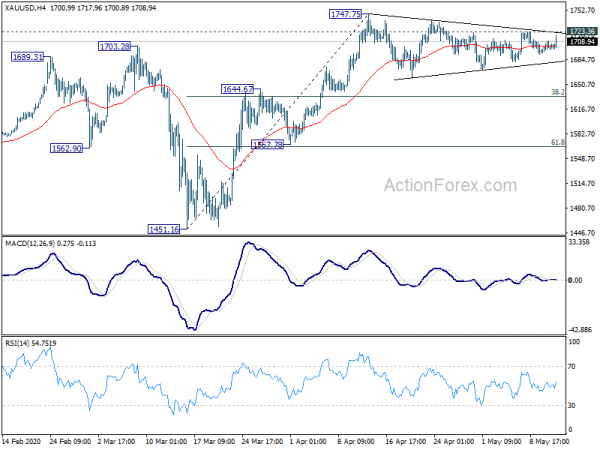 In a speech delivered online, Fed Chair Jerome Powell said that with the current coronavirus crisis “the path ahead is both highly uncertain and subject to significant downside risks”. Policies will, therefore, need to be “ready to address a range of possible outcomes”.

Powell also noted that “Fed has lending powers, not spending powers”. Fed’s loan could provide a “bridge” across temporary liquidity interruptions. As recovery “may take some time to gather momentum”, the passage of time can “turn liquidity problems into solvency problems”.

“Additional fiscal support could be costly, but worth it if it helps avoid long-term economic damage and leaves us with a stronger recovery,” he added. “This tradeoff is one for our elected representatives, who wield powers of taxation and spending.”

In the Q&A part, Powell reiterated that the issue of negative rates was revisited back in October. The FOMC minutes already noted that all member said it wasn’t an attractive policy tool. He added that the committee was not looking at negative rates as members believed Fed has tools that work.

UK GDP dropped -2% in Q1, worst since 2008, with record contraction in services

UK Chancellor of Exchequer Rishi Sunak said he’s not surprised with the record GDP contraction, as the economy is severely hit by coronavirus pandemic.

He said: “In common with pretty much every other economy around the world we’re facing severe impact from the coronavirus. You’re seeing that in the numbers. That’s why we’ve taken the unprecedented action that we have to support people’s jobs, their incomes and livelihoods at this time, and support businesses, so we can get through this period of severe disruption and emerge stronger on the other side.”

RBNZ kept OCR unchanged at 0.25% as widely expected. Also, the central bank decided to expand the upper limit of the Large Scale Asset Purchase program (LSAP) to NZD 60B, up from NZD 33B. Government inflation-indexed bonds are now included in the program, together with government bonds and local government funding agency bonds.

RBNZ is also “prepared to use additional monetary policy tools if and when needed including reducing the OCR further, adding other types of assets to the LSAP programme, and providing fixed term loans to banks.”

In the minutes, the committee noted that a “negative” OCR will “become an option in future”, even though financial institutions are “not yet operationally ready. Discussions with the institutions about preparing for negative rate are “ongoing.

Australia Westpac consumer sentiment rebounded notably by 16.4% to 88.1 in May, up from 75.6. That’s also the biggest gain since record began nearly fifty years ago, reversing much of April’s -17.7% decline. However, the index is still “relatively weak by historical standard”, being the second lowest reading since global financial crisis and “firmly in pessimistic territory”.

Looking at some big movers, the “economy, next 12 months” sub-index jumped 32.6% to 71.2, up from 53.7. The prospect of earlier than expected reopening has “soothed some of the worst fears”, even though consumers still do not expect a return to growth any time soon. The “time to buy a major item” sub-index surged 26.7% to 96.6, up from 76.2. Retailers can expect more “foot traffic” as restrictions ease.

Westpac also noted that today’s results “provide genuine reason for optimism that the Australian economy can surprise forecasters on the upside in these highly uncertain times.”. 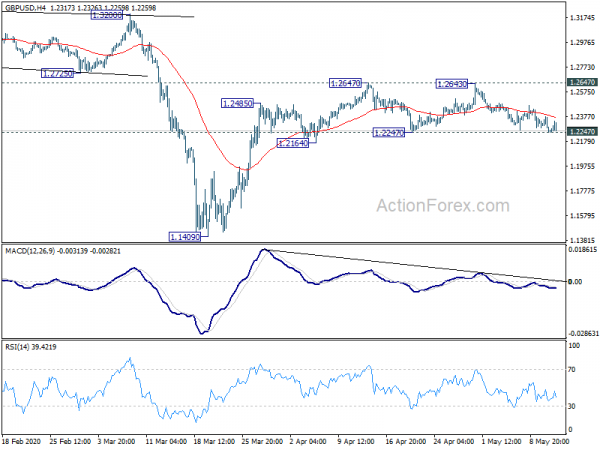 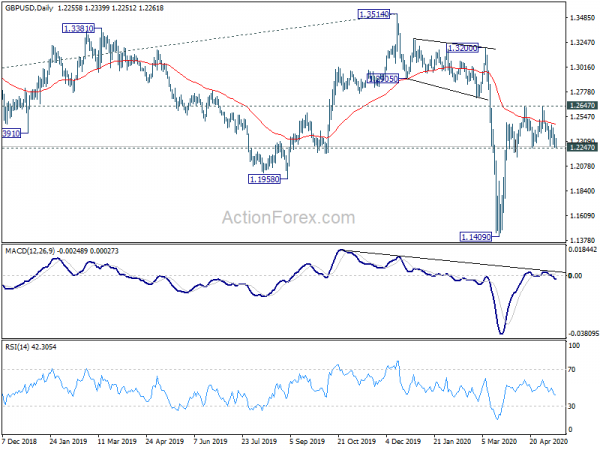 Tech Rally Raises The S&P and The Nasdaq Today

U.S. Share Markets Were Mixed By Close of Trade