When UK ministers announced that they were ditching efforts to develop a bespoke contact-tracing app to help contain the spread of coronavirus, it marked the end of a months-long attempt to find a novel solution to a universal problem.

Countries across the world have tried to develop tailored smartphone apps that will alert people when they have come into contact with someone infected with the virus, but a number have abandoned these efforts after concluding they must use technology provided by Apple and Google.

The UK government has now decided to follow suit and develop an app using Apple and Google software. But health secretary Matt Hancock refused to say on Thursday when it would be launched. That in turn raised questions about whether people in England can be kept safe as they emerge from the country’s three-month lockdown.

Mr Hancock, who had hoped to launch the app in May, originally suggested it would form the centrepiece of England’s tracing effort.

Prime minister Boris Johnson in May promised a “world-beating” programme to test people suspected of having the virus and to trace their contacts.

As well as ensuring people needing a test can get one, the programme involves 27,000 workers responsible for manually tracing those who have been in contact with someone who is infected with Covid-19.

But the second set of weekly performance data about the programme, released on Thursday, showed that more than one in four people who had tested positive for the virus had yet to be traced, along with their contacts.

However, evidence from around the world suggests that successful test-and-trace programmes are possible without an app.

Germany, for example, is held up as an exemplar of successful containment of Covid-19 — yet it launched its app just this week.

Carly Kind, director of the Ada Lovelace Institute, which seeks to promote understanding of technology, said international evidence on the efficacy of apps was “kind of mixed at best”.

Countries that had an effective approach to Covid-19 either lacked an app in the earlier stages “or have had it but the people involved have said the app wasn’t determinative or the thing that made the difference”, she added. 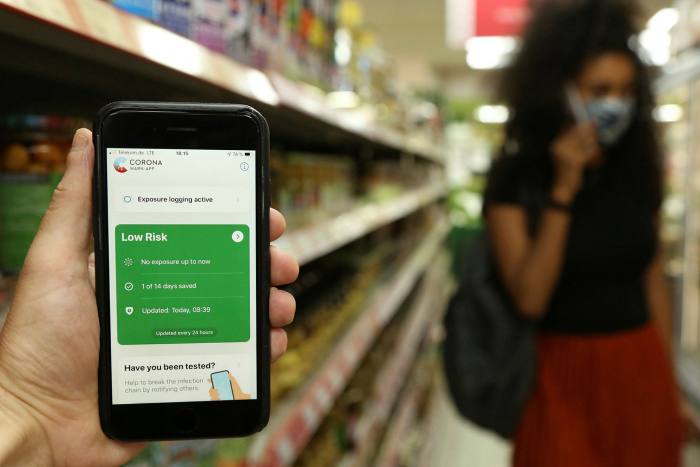 The head of the test-and-trace programme in Iceland, for example, had said the app was “neither here nor there in terms of the effectiveness of the programme”, said Ms Kind. In Singapore, meanwhile, only about 20 per cent of people had uploaded the app.

Chris Ham, co-chair of the NHS Assembly, an advisory body to leaders of the UK’s taxpayer-funded health service, said that, while an app might be “nice to have”, the government’s priority should be strengthening the manual test-and-trace system.

The idea that apps were ever going to be a substitute for manual contact tracing was a really dangerous one, and a fallacy that the UK fell into early on

The UK government had created a far more complex system than in most other countries, which had relied on regional or local bodies and did not have “this national layer on top”, he added.

Prof Ham expressed concern that “we may end up with a lack of co-ordination between the national teams, the regional public health teams and local government teams and . . . we may not be able to deliver what’s needed, which is a fully integrated contact-tracing system”.

He suggested that the test-and-trace programme in England was characterised by “the outsourcing to the private sector and a lot of centralised control by ministers who want to be seen to be in charge and doing things”. There had been “a lack of trust in finding local solutions”.

Things were shifting, however, said Prof Ham. Recent discussions he had with the team working with Dido Harding, head of the test-and-trace programme in England, suggested that “they absolutely are committed to local leadership of contact tracing”.

Michael Veale, a lecturer at UCL in London on digital rights and regulation, said there were some specific areas where apps can go further than human tracers, and these might become more important as lockdown restrictions ease. 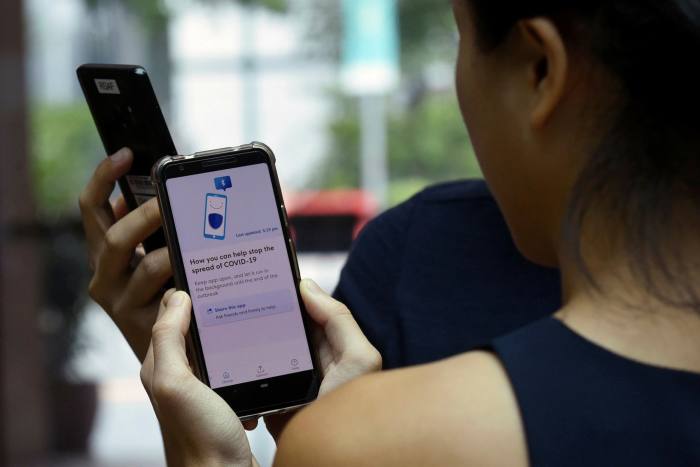 “Apps . . . can help when you go abroad to places you don’t know very well, or quickly alerting people that you don’t know and might otherwise be difficult to find, for instance on public transport,” he added.

“They can be useful for speed — alerts can be sent out to lots of different people at once, fast, as a first precaution.”

However, Mr Veale — who helped design the system that Google and Apple have used as the basis for their app toolkit — stressed the limitations of apps.

“The idea that apps were ever going to be a substitute for manual contact tracing was a really dangerous one, and a fallacy that the UK fell into early on, against the warnings of other countries and public health expertise,” he said.