EU debt plan makes sense and is worth backing 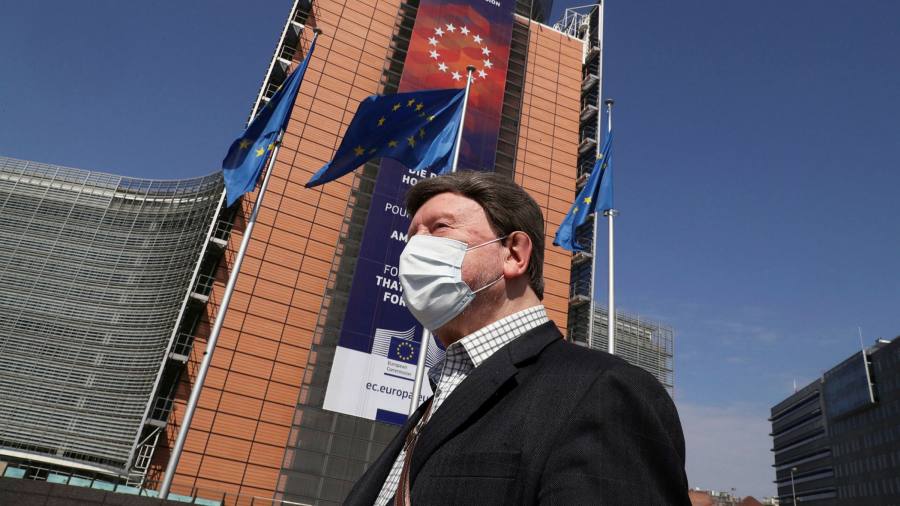 A genuine eurozone sovereign bond market may be closer than we think. To fund the recovery from Covid-19, the European Commission will go directly to the markets over the next two years to raise €750bn. This will create a huge, long-term, triple A-rated debt security for institutional investors — boosting European capital markets and the euro itself.

Debates about creating a common European safe asset, or a eurobond, have been rumbling for at least a decade. Unlike in the US, where the federal state underpins a vast government bond market, eurozone countries have no common treasury and issue debt separately.

That means they have different ratings and consequently differing degrees of safety, with only Germany and the Netherlands having a triple A rating. Complex proposals have been made in the past to stabilise euro government bond markets, such as “blue-red bonds”, where one part would be mutualised, or sovereign bond-backed securities with junior and senior tranches. But all those projects had too much financial engineering behind them and were of little interest to investors.

The coronavirus emergency has changed minds, however, and to tackle the unprecedented economic situation the commission can now borrow directly on the markets, following Article 122 of the EU Treaty. This legal basis was already used for a temporary job support scheme in May, which allows the EU to raise €100bn to bolster national programmes. It creates a contingent liability for the EU27 based on member states’ guarantees, in line with their share of the total gross national income of the union, all on an equal footing. The same basis will now be used for the €750bn recovery fund for the EU’s next seven-year budget.

The recovery bond issued by the commission, if approved by European leaders on July 17-18, will represent a sea change in European finance. Maturities will last until 2058, or about 30 years, with the first repayment being made only from 2028. Together with the €500bn of outstanding borrowing from the European Investment Bank, the European Stability Mechanism and other entities, this makes at least €1.4tn in triple A, truly European assets.

Between 2007 and 2019, the borrowing needs of euro area governments surged dramatically and outstanding general government debt grew by 69 per cent in nominal terms, from €4.9tn to €8.3tn. As of April 2020, near the onset of the Covid-19 crisis, the total outstanding government debt securities stood at €8.5tn, with four countries — France, Italy, Germany and Spain — accounting for almost 80 per cent of that.

Although roughly 75 per cent of these government bonds are rated A or above, only 23 per cent are triple A-rated. The new debt issuance of euro-area governments, meanwhile, is expected to increase well above the €2.3tn of 2019. At the end of April it stood at €1.1tn.

Public finance has had to step up as never before in response to the pandemic. But this also represents an opportunity to issue debt that can harbour a new European safe asset. To genuinely strengthen the EU’s financial position, respond to the current geopolitical climate, and promote the sovereignty of Europe, such a development is essential. Maturities create long-term liabilities for the EU, which also creates expectations of more to come — new common revenues, for example.

A larger euro-denominated bond market allows for a more complete yield curve over different maturities, which can serve as a benchmark for other issuers and for derivative markets. It would also provide for a more liquid market, reducing spreads and issuance costs for smaller EU countries. It would be attractive for international investors, and would strengthen the euro as a global currency.

From a prudential perspective, an additional advantage of eurobonds is that a larger European asset class emerges for financial institutions to invest in, not linked to any one country. This reduces the so-called doom loop, or the dependency of banks on the rating of their sovereign for their funding costs, which has been a divisive factor in European banking markets.

It also eases tricky discussions about the limitations of large exposures to sovereigns and the introduction of a risk weighting for sovereign bonds. That is because financial institutions will automatically redistribute their assets over these new bonds, and thus have more balanced portfolios.

Work could then advance to align government bond issuance and settlement procedures, or other cross-border barriers to market integration, and to expand the coverage of maturities. All this will be a great boost for a truly European capital market.

US regulators wrong to dismiss ESG investing for pensions