Euro surges broadly today as traders more than welcome the new EU pandemic recovery plan. Canadian Dollar is currently the second strongest while the greenback is the third. Strength in Euro appears to have prompted some selloff in Sterling as well as Australian Dollars. The Pound is somewhat weighed down by renewed concerns over Brexit negotiations too. Aussie bulls might be turning cautious, as markets awaits escalation in US-China tensions over Hong Kong.

Technically, EUR/JPY resume the rebound from 114.42 by taking out 118.52. Such rise should at least be correcting the decline from 122.87 to 114.42 and would target 121.4 resistance next. EUR/USD should also be taking 1.1147 resistance with a break of 1.1008 The biggest focus, though, will be on EUR/AUD as it’s now back above 1.6597 key support level with today’s recovery. Break of 1.6763 minor resistance will be the first indication of defending the key support and retaining medium term bullishness. That could also be a hint of Aussie weakness elsewhere.

European formally unveiled an unprecedented stimulus package to day, to “to protect lives and livelihoods, repair the Single Market, as well as to build a lasting and prosperous recovery” after coronavirus pandemic. Total financial power is boosted to EUR 1.85 trillion, with “New Generation EU” instrument of EUR 750B, as well ass targeted reinforcements to the long term budget for 2021-2027.

There are three pillars in the Next Generation EU: Support to member states with investments and reforms; Kick-starting the EU economy by incentivising private investments; Addressing the lessons of the crisis. There will be a new Recovery and Resilience Facility of EUR 560B, with grant facility of up to EUR 310B and EUR 250B in loans. A new Solvency Support instrument will help unlock EUR 300B to support companies. A new Strategic Investment Facility will built into InvestEU to generate investments of up to EUR 150B.

European Commission President Ursula von der Leyen said: “The recovery plan turns the immense challenge we face into an opportunity, not only by supporting the recovery but also by investing in our future: the European Green Deal and digitalization will boost jobs and growth, the resilience of our societies and the health of our environment. This is Europe’s moment. Our willingness to act must live up to the challenges we are all facing. With Next Generation EU we are providing an ambitious answer.”

ECB President Christine Lagarde said the “mild” coronavirus economic scenario is now “out of date”. She added, “we’ll have a better sense in a few days as we publish our numbers in early June, but it’s likely we will be in between the medium and severe scenarios.” Eurozone economy is expected to contract between -8% to -12%.

The central bank is expected to expand the Pandemic Emergence Purchase Program next week. Lagarde said with respect to the PEPP, “this concerns the size but also the composition and the duration of the program.” She also talked down the risk of a new debt crisis as debt-servicing costs are “extremely low”. “All countries around the world had to respond, and as a result of that had to increase their debt,” she said. In the current coronavirus crisis, “use of debt is not only recommended, it’s the way to go.”

SNB Chairman Thomas Jordan reiterated that negative rates and forex interventions are “particularly important at the moment”, since the Swiss Franc is in demand as “safe haven”. He emphasized the need to “ensure monetary conditions remain accommodative in Switzerland.” Also, SNB is “willing to intervene in the currency markets more strongly”.

Meanwhile, he also noted that “it is crucial that lockdown restrictions are reduced whenever possible to allow economic recovery.” But he didn’t expect a rapid recovery and it’s very difficult to forecast at the moment.

RBNZ Governor Adrian Orr said that the “significant capital and liquidity buffers” built up in the banking system before the coronavirus pandemic “buffers can now be used to support their customers’ long-term economic future”. Stress tests suggest that banks “banks can continue to lend and prosper through a broad range of adverse scenarios.”

Deputy Governor Geoff Bascand also said the Bank and the Government have been working with in number of initiatives to support the flow of lending and functioning of the financial system. “Our actions have included making bank funding plentiful and cheap, facilitating the deferral of loan payments, and ensuring cash was readily accessible nationwide,” he added. 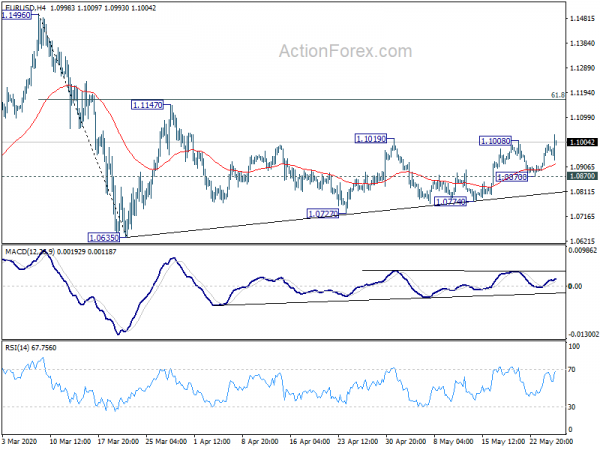 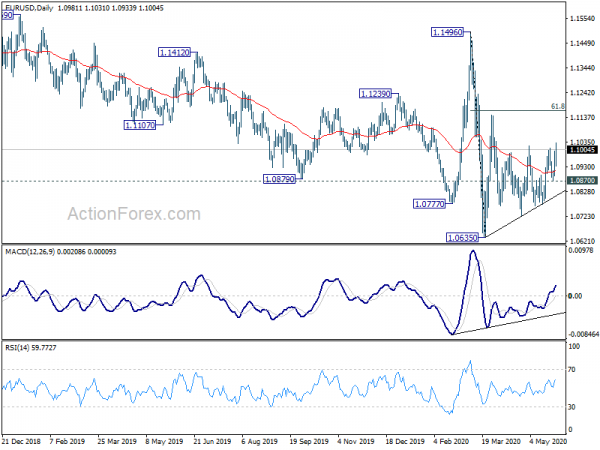 GBP Down From Long Running Streak After Brexit Talks