How many tech titans does it take to change a light switch? 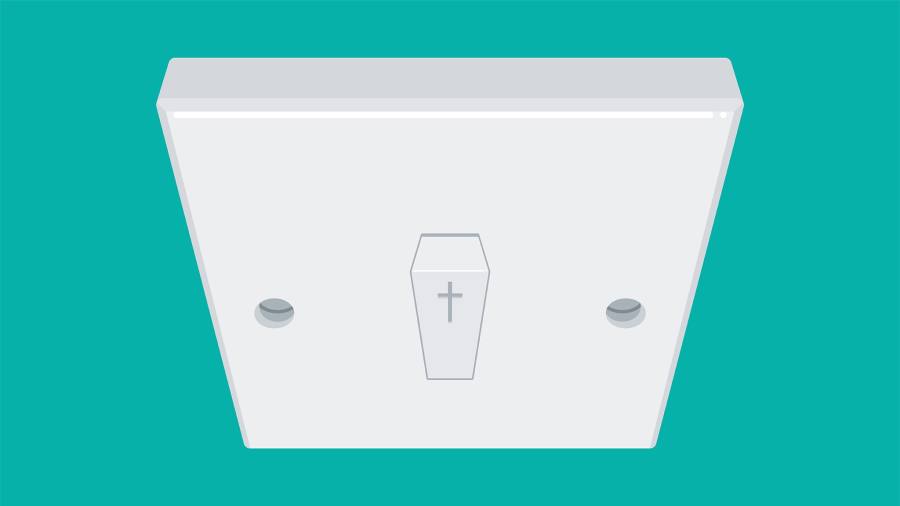 A debate has been simmering for several years in my household. A debate about light switches.

My contention is that using Alexa to control multiple lights simply by speaking a couple of words is convenient and quite fun.

My wife maintains that the intellectual might of the world’s most valuable companies could be more usefully expended in other areas than innovating on the light switch, which is reliable, has zero latency and rarely talks back.

Her argument was bolstered last month when, at 3am, one of our smart speakers spontaneously announced that it was “upside down”. I have been unable to explain this outburst. Virtual assistants have come a long way in the past few years but they still have their foibles.

Nonetheless, Silicon Valley is waging a relentless war on the physical button. Ever since the iPhone’s touchscreen slew the BlackBerry’s keyboard more than a decade ago, software has made buttons infinitely malleable.

However, that can also make them more ambiguous. Tactile, single-purpose buttons are blunt but effective instruments. Everyone knew how to press play on an iPod or VCR, sometimes without even having to look. Once designers leave that obviousness behind, they risk confusing people.

This challenge is only going to get harder as the hegemony of the touchscreen wanes and we enter the era of what tech types call “ambient computing”, such as augmented-reality glasses and artificially intelligent assistants.

Sci-fi movies have advanced some intriguing but as-yet-unrealistic ideas. Alexa and Siri are a long way from being able to chat like Scarlett Johansson does with Joaquin Phoenix in Her. My arms get tired just watching a gloved Tom Cruise wave through holographic crime-scene investigations in Minority Report.

‘Everyone knew how to press play on an iPod or VCR… once designers leave that obviousness behind, they risk confusing people’

Back in the semi-reality of Silicon Valley, though, even the best designers’ attempts to create new kinds of interaction can fall flat.

When Apple introduced “3D Touch” in 2015 with the iPhone 6S, it promised to bring “entirely new and fun” interactions with apps. Menus and options popped up when users pressed firmly into the touchscreen. It was a useful shortcut to compose a new message or switch camera modes.

Alas, the feature was also invisible. There were no on-screen hints to indicate when it could be used. Many iPhone owners were oblivious to its existence. In the latest iPhones, 3D Touch is being phased out.

The same discoverability problem plagues voice assistants. It is why — despite the existence of thousands of apps or “skills” — most of us still just use Alexa and Siri for setting timers, playing music or (in my case at least) controlling the lights.

Creators of virtual-reality experiences have the opposite problem. When immersed in VR, users might expect every object they see to behave as it would in “real reality”. When anything can be a button, anticipating every possible interaction is a daunting design task.

Realising it needs to play the long game, Apple is starting to lay the early groundwork now for this virtual future. In June, the company introduced its next big idea in software design: physicality. Textures and tactility are displacing the oversimplified “flat” look that has pervaded Apple’s software for most of the past decade.

The next version of the Mac’s operating system features sumptuous new app icons: the speech bubble in Messages is smooth and bulbous; the Preview document reader incorporates a realistic magnifying glass.

It is easy to picture these icons leaping from a MacBook screen and into the 3D world of VR. Apple is said to be working on “smart glasses” for release in the next couple of years. Digital icons that look more like physical objects will sit far better in a virtual world than the iPhone’s flat buttons.

In hindsight, moving from keyboard to touchscreen was easy — both existed on the surface of a two-dimensional display. As we step inside the screen with VR and AR, it may take a new generation of software designers — weaned on the 3D worlds of Minecraft, Roblox and Fortnite — to invent intuitive new control systems.

In the meantime, I should probably concede defeat on my domestic debate. If there is a way to make digital interfaces as intuitive as a light switch, I can’t quite put my finger on it.

ASX Index Go Up As Financials Cap Losses In Miners