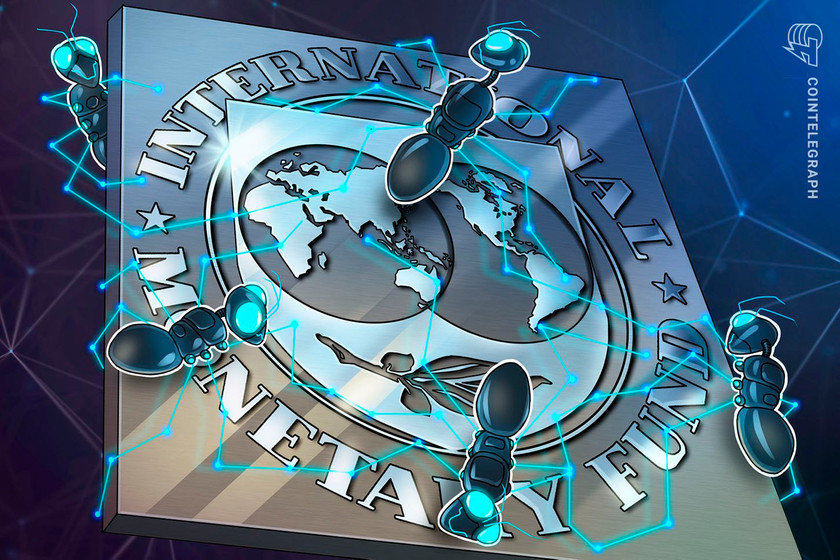 New and developing research from the International Monetary Fund suggests that central banks around the world need new legal definitions for tokenized currencies.

On Friday, the International Monetary Fund published a new working paper on central bank digital currencies, or CBDCs, and their legal ramifications.

In the paper, researchers including IMF legal counsel Wouter Bossu and Catalina Margulis argue that current frameworks are inadequate for issuing public-facing CBDCs. The researchers are particularly concerned about how existing definitions of money can apply to such a new technology, but, optimistically, suggest the problem is simple enough to fix:

“The absence of an explicit and robust legal basis for the issuance of token-and/or account-based CBDC can be relatively easily remedied through targeted central bank law reform.”

The new paper also brings into question whether the monopoly that most central banks enjoy on the issuance of fiat currencies — which is reasonable enough, except that they seem to be suggesting rendering private fiat-pegged stablecoins illegal:

The issuance of private digital tokens that resemble CBDC could give rise to very much the same problems, including a severely disrupted monetary system, caused in the 19th century by the issuance of banknotes by private banks that subsequently could not honor their obligations to convert those notes in real currency.

Ultimately, the paper suggests that re-configuring monetary law will be more challenging than reforming central bank law. The basic questions of whether you can consider a token legal tender, as well as how you make sure it’s accepted across a population with varying access to technology, remain unanswered.

All of the central banks behind the five largest global currencies — the U.S. dollar, the euro, the Chinese yuan, the Japanese yen and the British pound — are looking into issuing CBDCs. A leader at the Bank of England recently talked them up as part of a “new monetary order.”

Of the largest economies in the world, China seems to be closest to issuing a CBDC. Many suggest that this is because the Chinese government is willing to use a digital yuan as a surveillance tool, meaning that issues of cash-level privacy and bearer-bond status are irrelevant. The People’s Bank of China recently published a draft law that would, indeed, outlaw private stablecoins pegged to the yuan.

Oil Drops Toward $39 on Rising and Stimulus Stalemate