Coming every Saturday, Hodlers Digest will help you track every single important news story that happened this week. The best (and worst) quotes, adoption and regulation highlights, leading coins, predictions and much more a week on Cointelegraph in one link.

Twitter co-founder Jack Dorsey announced Monday that he has stepped down from his role as CEO. Replacing Dorsey will be Twitter board member and chief technology officer Parag Agrawal, who was unanimously appointed to CEO by the companys board of directors.

Dorsey also serves as the CEO and chairman of crypto-friendly payments tech firm Square, and it is unclear if he left Twitter to solely focus on the platforms plans to develop a decentralized Bitcoin (BTC) exchange. He did note, however, that the company does not need to be founder-led to thrive.

I believe its really important to give Parag the space he needs to lead, said Dorsey. I believe its critical a company can stand on its own, free of its founders influence or direction.

In particular, the fund will place a strong emphasis on crypto infrastructure builders, virtual worlds and Metaverse projects, and programmable money. The funds first technology partner will be proof-of-stake-based blockchain Algorand.

While Hivemind is yet to announce any major funding, Zhang said the firm will support crypto entrepreneurs with infrastructure that cannot currently be offered by traditional asset management models.

Square rebrands to Block as focus shifts to blockchain

Speaking of Square, the firm revealed on Wednesday that it had rebranded to Block, suggesting it may be ramping up its focus on the blockchain sector.

The company said the rebrand will bring the payments firm together with Cash App, the decentralized Bitcoin exchange project tbDEX, and music and video streaming platform Tidal. As part of the rebrand, Square Crypto, the cryptocurrency-focused unit of the payments firm, will be changing its name to Spiral and joining the Block family.

Block references the neighborhood blocks where we find our sellers, a blockchain, block parties full of music, obstacles to overcome, a section of code, building blocks, and of course, tungsten cubes, said Square.

MicroStrategy, the analytics software firm led by fervent Bitcoin bull Michael Saylor, announced on Monday that it had snapped up a 7,002 BTC worth $414.4 million.

MicroStrategy first bought Bitcoin back in August 2020 as part of its treasury strategy, and with Saylor at the helm, the firm has purchased the asset relentlessly sinceregardless of priceand is showing no signs of slowing down any time soon.

Prior to Metas latest update of its crypto advertising guidelines, a limited number of crypto firms were able to advertise on Facebook as the platform only recognized a small number of regulatory licenses.

According to the updated policy, crypto exchanges, trading platforms, wallet providers, mining infrastructure firms, crypto lenders and borrowing services can now receive written permission to run ads on Facebook. The firm cited maturation and increased regulation of the sector as the reasons why it changed its tune.

For more info on crypto prices, make sure to read Cointelegraphs market analysis.

There are certain services that we have that dont really fit the regulatory mold. So theres this gray area that the whole industry exists in, and thats not specific to us. […] Thats just the nature of the fact that were dealing with an innovative technology that really doesnt necessarily fit the criteria that existing regulators perceive as possible.

A CBDC would be one of the tools to fight crypto. […] We assume that people would find CBDC more credible than crypto. CBDC would be part of an effort to address the use of crypto in financial transactions.

Theres always hope for the Chinese crypto industry. We still have information sources and we keep getting more and more users, evangelists, developers and others. Theres nothing to worry about. Everything happens for the best.

It is one thing to say that a stablecoin issuer itself must be a regulated bank I think that is probably overkill, as there are perfectly effective ways for nonbanks to meet our legitimate regulatory concerns, but there is at least a clear relation between the existing framework of bank regulation and the specific measures that stablecoin issuers must address to operate safely. It is, however, quite another thing to contemplate that wallet providers may need to be completely separated from commercial firms.

“Innovations are coming, proof-of-stake is much more computational efficient and low on energy consumption. Innovation is key here and it is coming.

Cryptocurrency may be tricky to understand, but the value of a major crypto donation converted into cash is not.”

Undoubtedly, metaverse land is the next big hit in the NFT space. Outputting record sales numbers and constantly increasing NFT prices, virtual worlds are the new top commodity in the crypto space.

Prediction of the Week

Its very simple. Below $60K Ive remained cautious/bearish as Id like to see that area flip, he tweeted. Levels to watch for buys; $53K-54K zone and $47-50K zones for #Bitcoin, he added. When to buy #altcoins? December. Nothing has changed past weeks.

In a separate tweet on Wednesday, van de Poppe also provided his thoughts on a few possible price targets for the bull cycle top, noting price ranges between $350,000 and $450,000 for Bitcoin and between $10,000 and $17,500 for Ethereum, in addition to ranges for other assets as well. He tweeted out the same list with the same numbers back in April 2021, with the exception of Elrond, for which the new list gave an updated possible price range target.

FUD of the Week

Russian President Vladimir Putin, a man with a squeaky-clean reputation who has most certainly never engaged in any nefarious activity, took time out of his busy schedule this week to voice his concerns over the risky nature of crypto speculation.

According to reports from local media outlets on Tuesday, Putin aimed criticism at the “Russia Calling!” investment forum in Moscow. The 69-year-old called for greater monitoring and regulation of crypto in Russia and astutely pointed out that certain countries are seeing significant adoption of digital currencies.

“It is not backed by anything, [and] the volatility is colossal, so the risks are very high, he said. We also believe that we need to listen to those who talk about those high risks.

Bitcoin failed to hit the November closing price of $98,000 demanded by Twitter personality PlanBs so-called floor model. With Bitcoin sitting at $57,000 on Nov. 30, the actual price was roughly 71% below the forecast price.

In a Wednesday Twitter post, PlanB noted that he would give his famous model one more month, but was adamant in stating that $100,000 per BTC is still on track by year-end as he pointed to the S2F model. He further explained:

No model is perfect, but this is a big miss and the first in 10y! Outlier/black swan? I will give Floor model 1 more month. S2F model unaffected and on track to $100K. Watch out for trolls confusing Floor and S2F model!

DeFi protocol BadgerDAO reportedly suffered a $120 million security breach this week, with users on Twitter highlighting a nasty frontend attack where funds had been taken out of peoples wallets using rug approval at about 2 a.m. UTC on Thursday.

While BadgerDAO hadnt officially confirmed the attack at the time, it said that all smart contracts on the platform had been paused to prevent additional potentially malicious withdrawals.

The malicious actors targeted the protocol on the Ethereum network at contract address 0x1fcdb04d0c5364fbd92c73ca8af9baa72c269107, and users that have interacted with this contract are urged to revoke permission from their wallet.

NFT art will never be mass-market NFT licenses may be

NFT digital art sales generate headline after headline, though this is not the real mass-market use of this novel technology.

Lines in the sand: US Congress is bringing partisan politics to crypto

There are too many members of Congress that dont have enough of a base of understanding. Congress needs to come in and bring regulations to this space.

Here’s how wear-to-earn NFTs will impact the fashion sector and what may happen if they become a trend. 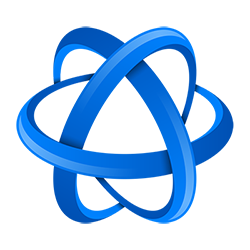 USD Not Looking Good On Wall Street, Fundamentals Coming Back

Asia Pacific Shares Are Down Slightly Over Fed Policy

Pound/USD Price Is Pulling Back to Test $1.35 Level