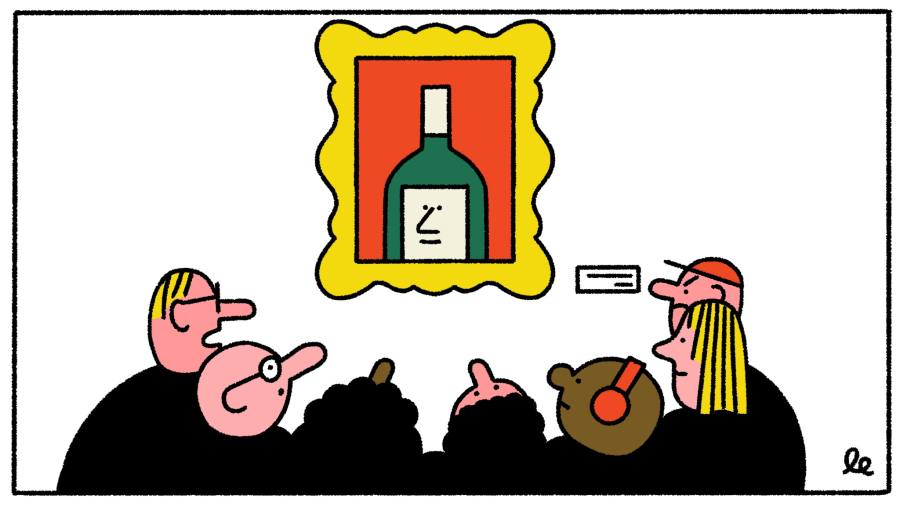 Since the early 1990s, the Pomerol known as Le Pin has fetched prices that rival those of Petrus, the most expensive red bordeaux there is. Today, even young wines produced on these two small patches of land in Pomerol can sell for more than £3,000 a bottle.

Yet in December 1984, I was persuaded, slightly against my will, to part with £150 for a dozen bottles of Le Pin 1983. In the early 1980s, it was barely known. The first vintage — produced by Belgian Jacques Thienpont, who had renovated a mere hectare of well-drained gravel — was 1979. I remember sharing a taxi back from a tasting with wine merchant Simon Farr, then of Bibendum Wine. He clearly had quite a lot of Le Pin to sell and urged me to take a punt on this new name in the Bordeaux firmament. I did not regret it, but drank it all up far too quickly and insouciantly.

I was reminded of this recently when researching the history of the classic Bolgheri Cabernet, Sassicaia, in the UK. I remembered being given a taste of this new Tuscan red by Neil and Susannah Braithwaite in their Hampstead flat in the late 1970s and writing an article about it in Wine & Spirit, the trade magazine I was then editing. The Braithwaites represented half of the small UK wine importer Hunt & Braithwaite, so I asked Jeremy Hunt, who went on to found the wine importer Thorman Hunt, to relate the story.

“Neil Braithwaite was introduced to the estate by Piero Antinori [head of his family’s 635-year-old Florentine wine-merchant business] in, I think, 1973,” he wrote by email. “At Hunt & Braithwaite, we loved the wine so much we bought 200 dozen Sassicaia 1968 in late 1973 or early 1974. The wine was amazing, but could we sell the darn stuff? We even had Julian Brind [Master of Wine and head wine buyer for Waitrose then] and others to a picnic lunch to taste Sassicaia but it went out in dribs and drabs! I think Neil still has the odd bottle and it is stunning.”

This was another wine whose reputation and prices soared remarkably fast after a slow start. Today, young vintages cost a few hundred pounds a bottle but Sassicaia 1985 is a legend. Far too few bottles remain undrunk but if you found one you would have to pay about £2,000 for it, or much more in a restaurant.

I’d be the last person to equate wine quality with price — I’ve always thought many wines are ridiculously overpriced and a few, fortunately, are underpriced. But it’s tempting to wonder which wines currently being launched on the market may develop massive reputations and even become cult wines.

I would like to nominate the Andalucían wines of Muchada-Léclapart for starters — appropriately enough because their wines, effectively unfortified white wines from a single superior sherry vineyard, make the most exceptional aperitifs, while also being of suitable alcoholic strength (just 12.5 per cent) to be drunk with food.

This is a joint venture between Alejandro Muchada and extreme biodynamic enthusiast David Léclapart. Muchada did an internship in Léclapart’s cellars in Trépail, Champagne, while backpacking through France in 2011. Five years later, presumably enthused by the many similarities between sherry and champagne (white wines grown on chalk that need something more than fermentation — adding respectively alcohol and sugar — to turn them into a highly distinctive aperitif), they decided to embark together on a groundbreaking project in the far south of Spain.

They have a grand total of three hectares in some of the finer vineyards of mainly old Palomino Fino vines on the albariza chalk of sherry town Sanlúcar de Barrameda. They are farmed biodynamically, with the resulting wines unfiltered so potentially a little cloudy. These very precise terroir expressions seem to last awfully well in the fridge.

This is far from the only unfortified wine project in the greater sherry region. Others embarking on a similar course include Ramiro Ibáñez, Luis Pérez and, most importantly, the Dane Peter Sisseck, who made Pingus, in Ribera del Duero, one of Spain’s most revered wines.

Another yet-to-be-discovered wine style comes from less than 500km north-east of the sherry capital Jerez. Until recently, the arid plains of La Mancha have been associated with massive yields of insipid white wine destined for distillation or bulk shipment to countries such as France and Germany.

But there are magnificent old vines here — again chiefly, though not exclusively, for white wine, and generally Albillo but also some really exceptional Airén, the traditional and often scorned La Mancha grape. Grown carefully and vinified as though for a top white burgundy, ambitious local producers such as Jesús María Recuero, Más Que Vinos, Verum and, especially, Vinos de Garaje (Garage Wines) are making fascinating fine wines from them.

South Africa is another source of wines whose producers’ reputations are surely set to grow internationally. Sadie Family and Mullineux Wines are probably the new-wave producers best-known outside South Africa, and I have mentioned many others on these pages before. But, selfishly, I’m particularly glad to see London wine merchant Justerini & Brooks has already signed up David & Nadia Wines and the talented Lukas van Loggerenberg of Van Loggerenberg Wines.

The warming climate is changing which places are able to make seriously fine wine. I was sent the current releases from Clément et Florian Berthier in the Upper Loire recently. They included a range of wines from the famous appellation Sancerre, as well as other terroir-specific bottlings from the very much less famous Coteaux du Giennois to the north of Sancerre.

For many years, grapes in the Coteaux du Giennois struggled to ripen and the wines have had appellation contrôlée status only since 1998, but if these Berthier wines are anything to go by, in a warming climate, the humble Coteaux du Giennois is better placed to produce well-balanced, refreshing wines than famous Sancerre, whose Sauvignon Blancs may be in danger of being a bit too ripe to refresh.

This reflects what’s happening in Burgundy, where previously too-cool regions such as the Hautes-Côtes are coming into their own. And one wine I tasted recently brought home the effects of climate change dramatically. It was a delicious dry white, from Johanniter grapes vinified by Kojder in . . . Poland.

Microsoft Shares Down as It Defends Against Diversity Allegations

Gold Is Set To Lengthen Its Gains This Week On Stimulus