Japanese pride in end of lockdown can swell too much 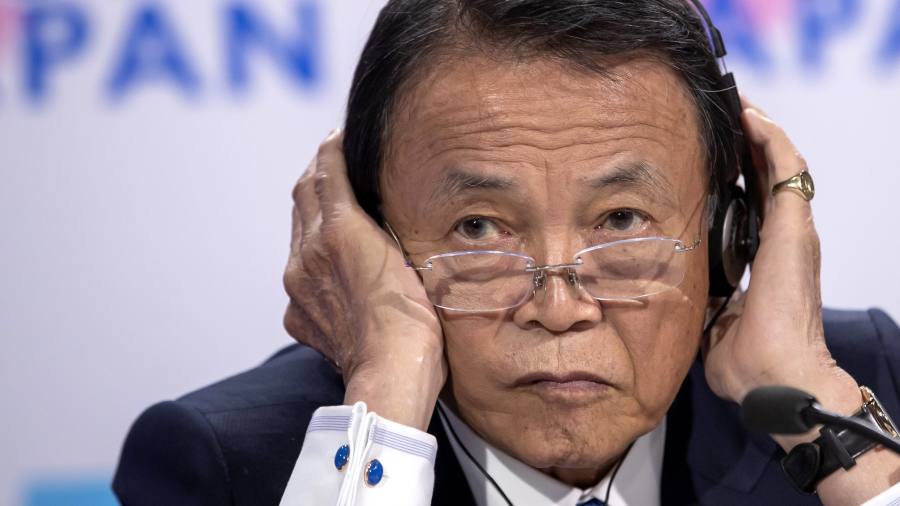 Early in the morning after Tokyo’s first really big Friday night in months, I passed the comforting sight of an elegantly suited salaryman facedown and comatose in the gutter. His briefcase, slightly ajar, revealed an un-stolen laptop; you could hear his phone ringing; his hip pocket bulged with an un-pilfered wallet.

To businesses across Japan, the sight of white-collar customers out of lockdown and back on the tiles will come as a blessed relief. To a certain segment of the country, the man’s unstolen chattels and the cultural norms that protected them explain — obliquely but instinctively — the “Japan model” of relative Covid-19 resilience and how the nation clawed its way back to recovery.

Taro Aso, finance minister and deputy prime minister, put this train of thought into words — or one archaic, divisive and chauvinistic word: mindo. Boasting to a parliamentary committee last week, Mr Aso said he had received calls from around the world from people asking how Japan had managed to keep its coronavirus mortality rate so low.

He stunned them into silence, he claimed, by confiding that Japan simply had a higher mindo — a word that connotes the economic, social and cultural “level” or living standards of a particular country. In moderately less enlightened times, it was used to rank nations according to their perceived stage of civilisation. Few people under the age of 65, said Matsutoshi Honda, a political scientist at Kinjo University, would use the word, and many under 30 will not even know it. It has a prewar bouquet, according to the tasting notes of both linguists and political scientists, with distinct tones of cultural superiority, condescension and, to younger Japanese, racism. Opposition parties have castigated the 79-year-old Mr Aso in parliament and, inevitably, rage has fomented online.

Mr Aso, a forthright nationalist, is one of those figures the media like to call “gaffe-prone”. Previous hits include the suggestion that mothers be disciplined rather than their childrenand the remark that the rising bill for elderly care would be solved by letting them “hurry up and die”. But these are not strictly gaffes. Political analysts say Mr Aso just says what he thinks and, however Mesozoic it may be, that thinking has won him 40 years’ of elections.

The fascinating question, though, is how widely Mr Aso’s mindo theory is shared, even if the vocabulary is not. The timing, as Japan emerges from a lockdown that was requested, but never legally enforced, is critical. While not wanting to crow excessively about the “Japan model”, the country is trying to reverse-engineer the achievement of keeping virus deaths below 1,000, despite confirming its first case in mid-January.

While the early declaration of national crisis, the decision of companies to close voluntarily, mass wearing of masks, low obesity rates and other factors are powerful contenders, the absence of a clear-cut scientific explanation has encouraged cultural explanations to fill the gaps.

Almost every country likes to define itself in terms of national character. That goes into overdrive when those qualities (such as Britain’s “Blitz spirit”) are represented as the key to overcoming a great challenge. In this instance, faced with a triumph that cannot be pinned down, Mr Aso — and probably many others — turns reflexively to ideas of Japaneseness that many learn as children.

These include obedience to authority, self-discipline, endurance, cleanliness, the unwillingness to cause inconvenience to people and whatever traits are required to allow citizens to collapse in a drunken stupor and know their stuff will be left alone.

Some may judge these qualities to be uniquely Japanese: Mr Aso’s resurrection of the word mindo, uttered with the victor’s rights to write history, reveals that he expressly considers them a mark of superiority.

The greatest danger of this mindset, say academics and other social commentators, is to Japan itself. When he became prime minister in 2012, Shinzo Abe, in whose cabinet Mr Aso has been a permanent fixture, identified a range of fundamental problems — from pernicious gender inequality to long overdue labour reform. Progress has been glacial: a stint of jingoistic self-congratulation could stop it dead.

U.S. Shares Were Mixed By The Close of Trade Today

ASX Shares Top Out At a Lower Level By Close Today

Gold Price Is At A Multi-Month High Today