Johnson stays loyal to man who helped him into Number 10 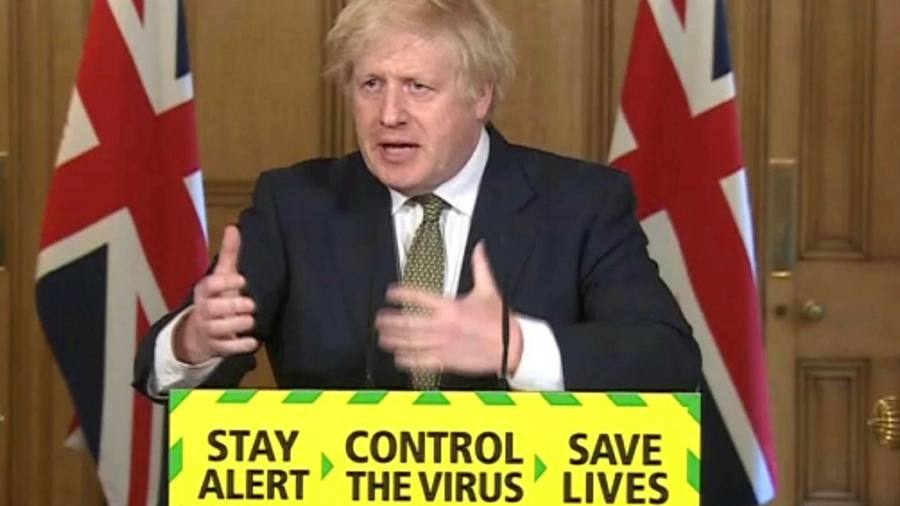 On his first day as prime minister last summer, Boris Johnson was clapped into Downing Street by Mark Sedwill, the cabinet secretary. But lurking in the shadows behind was the individual who has wielded greater power and influence than the head of the civil service.

Dominic Cummings’s importance to Mr Johnson was evident on Sunday, when the prime minister fended off calls for his aide to resign following reports that he broke the government’s coronavirus lockdown rules by travelling 264 miles to his family home.

Much like his predecessors Nick Timothy and Fiona Hill were to former prime minister Theresa May, the Number 10 chief of staff is the government’s linchpin. His vision is central to Mr Johnson’s aspirations in office and the prime minister has clearly concluded he cannot cope without it.

The bond between the pair was forged last summer, when Mr Johnson was primed to enter Downing Street and casting around for a chief of staff. Several other candidates were approached, but Mr Cummings was his primary choice as a disrupter who had experience in government and could deliver Brexit.

“Boris concluded Dom is the only one who could get us out of the EU and deliver a different kind of government,” said one ally of Mr Johnson. “He knew he would be controversial and rile people up from the off, but concluded it was worth it.”

As the architect of the “take back control” and “get Brexit done” slogans that defined the 2016 Brexit referendum and 2019 general election, Mr Cummings has also done more than anyone else to install Mr Johnson in Number 10. Allies say the prime minister does not forget that and “knows he owes Dom a lot”.

Even so, some senior Conservatives are baffled that the prime minister has been willing to lose so much political capital to retain Mr Cummings, even as the number of MPs calling for his resignation has grown. One minister said “it’s absolutely bizarre. Most of the cabinet wouldn’t receive the kind of backing he has when he has obviously broken the rules.”

Another member of the government predicted: “I think they will brazen it out. He’s just too important to the PM. Without Cummings, who would run the show?”

One influential figure in the Conservative party said the row about Mr Cummings’ position had “become a straight fight about the government and prime minister’s authority”.

“It doesn’t actually matter what he did or didn’t do now. If Cummings goes, they will see this as a victory for their opponents, which includes the media. That’s why they’re fighting with all their might to keep him,” the individual said.

Mr Cummings inspires tremendous loyalty among those who work with him both in government and on campaigns, a quality he shares with Mr Johnson. It is this characteristic — mixed with some fear — that saw most senior members of the cabinet, from chancellor Rishi Sunak to foreign secretary Dominic Raab, tweeting in support of the adviser over the weekend.

“The problem is that this Downing Street operates on loyalty, it’s not about policies or the party. It’s about whether you are loyal to Dom and the prime minister,” said one influential MP. “That’s why so many cabinet ministers did as they were told and tweeted their support for Dom. Otherwise they fear he would have lost faith in them.”

But on Sunday, following further reports of Mr Cummings flouting the lockdown rules, the tweets dried up and no cabinet ministers popped up to support Mr Cummings. Few MPs answered calls from the party whips to break cover and support the prime minister’s adviser.

Beyond Mr Johnson, Mr Cummings does not have a significant support base. His pugnacious attitude, both in government and via his long, unwieldy blog posts, has created many enemies among Conservative MPs. On Sunday they pounced to call for his resignation.

The most striking of these was Steve Baker, a former Brexit minister and prominent Brexiter. Like many others, he had clashed with Mr Cummings but had respect for his position. In a scathing article, he articulated what many Tories have said in private about why he should go.

Describing him as “clinging on as chief of staff in a pantomime of his own making, burning Boris’s capital when it is most needed”, he wrote: “Dominic Cummings must go before he does any more harm to the UK, the government, the prime minister, our institutions or the Conservative party.”

For now, Mr Johnson has taken the opposing view, in the face of a storm of criticism. Yet if there are further allegations about Mr Cummings, and if more evidence of wrongdoing during the lockdown emerges, the prime minister may ultimately find that he needs to follow the advice of Mr Baker and other Tory MPs.