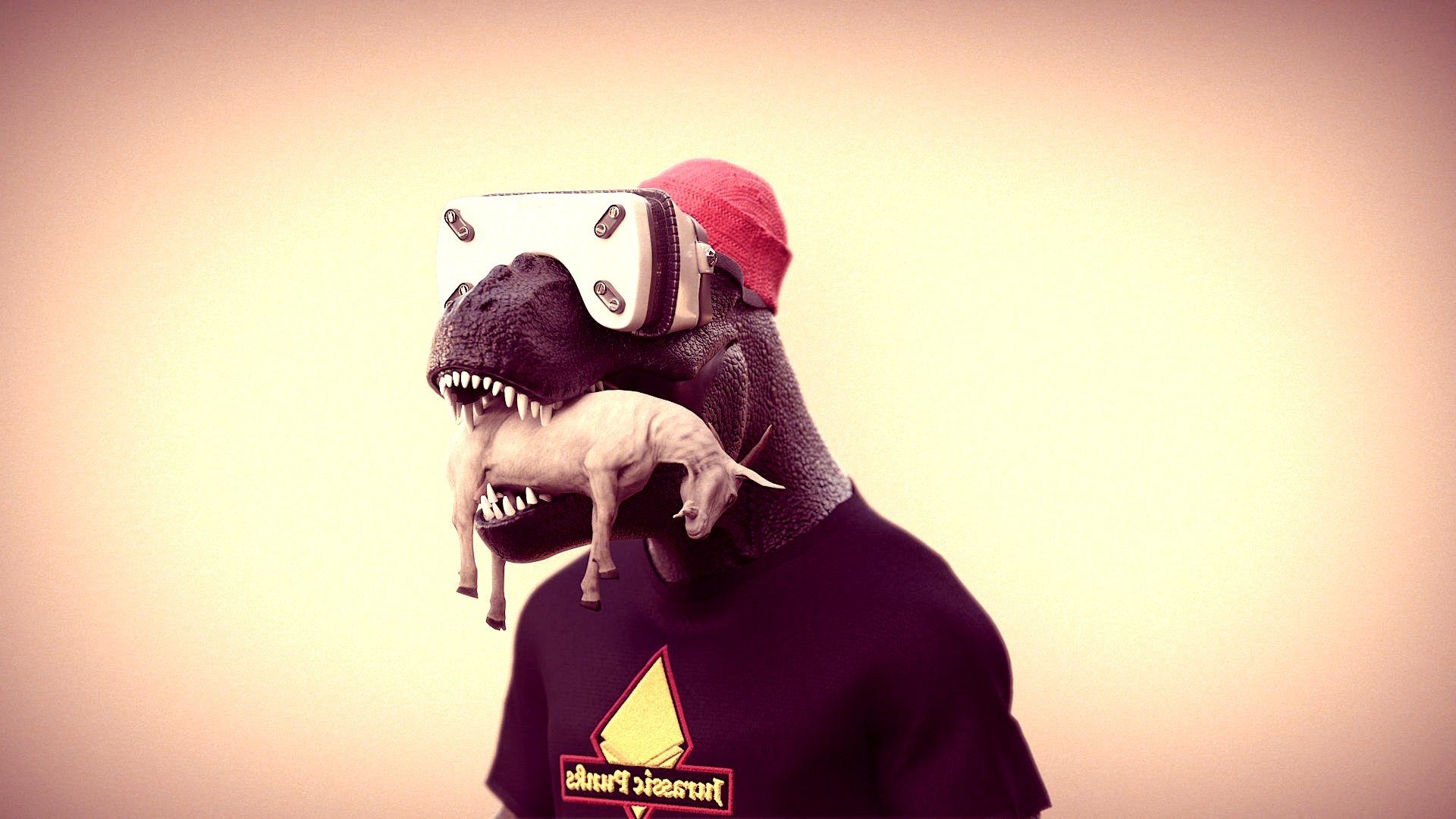 Meta-Labs Studios, an animation and filmmaking firm formed by two VFX industry veterans, created Jurassic Punks. They’ve worked with and headed some of the industry’s most important studios, collaborating with clients like Nike, Coca-Cola, Lacoste, Audi, and Rolex, as well as some of the top filmmakers in the world. The crew has extensive VFX, motion capture, narrative, animation, and Web3 expertise. They collaborate to push the frontiers of the NFT and Web3 spaces, drawing on decades of high-end studio expertise.

“As creators, this project is a dream come true, and we have no qualms in our team’s capacity to execute and propel the NFT and metaverse space forward in the future.” JPunks NFT’s Founder/Creator/Writer is James Spillman.

An asteroid slammed into Earth 65 million years ago, causing an extinction-level catastrophe that wiped out an entire species… However, it was unsuccessful. The dinosaurs developed into the JPunks, a 3D misfit collection of characters that are now the metaverse’s dominant species, after being let to flourish.

This is the first NFT collection in the industry, and it uses cutting-edge film-quality motion capture to bring your metaverse-ready NFTs to life. The 7777 JPunk NFTs provide owners their own 3d rigged models, complete with commercial IP rights, that they may use in compatible games and metaverses. JPunk’s award-winning visual effects team created all of these assets in Unreal Engine 5, using their own 30,000 square foot state-of-the-art film studio with a Motion Capture stage. Its movie-quality motion capture skills are a huge help in making sure the Jurassic Punks are prepared for anything.

They used Motion Capture using a film-quality Xsens system, as well as Apple’s AR kit to enable Facial Recognition. On their phones, owners may utilize their JPunkNFTs as a filter or even as an avatar in an online gathering. The budget has prioritized funds from the Whitelist & Public sales and secondaries for reaching their roadmap objectives and meeting all of the milestones they have set for their community.

“This isn’t simply ‘another project,’ but the future of our professions and lives for many years to come, and we have the passion, expertise, and commitment to make it happen.” Kevin Docherty is the founder and managing director of JPunks NFT.

OMNIYA Is The Newest Web3.0 Project From Pixel Canvas

SinVerse will move its offices to the metaverse 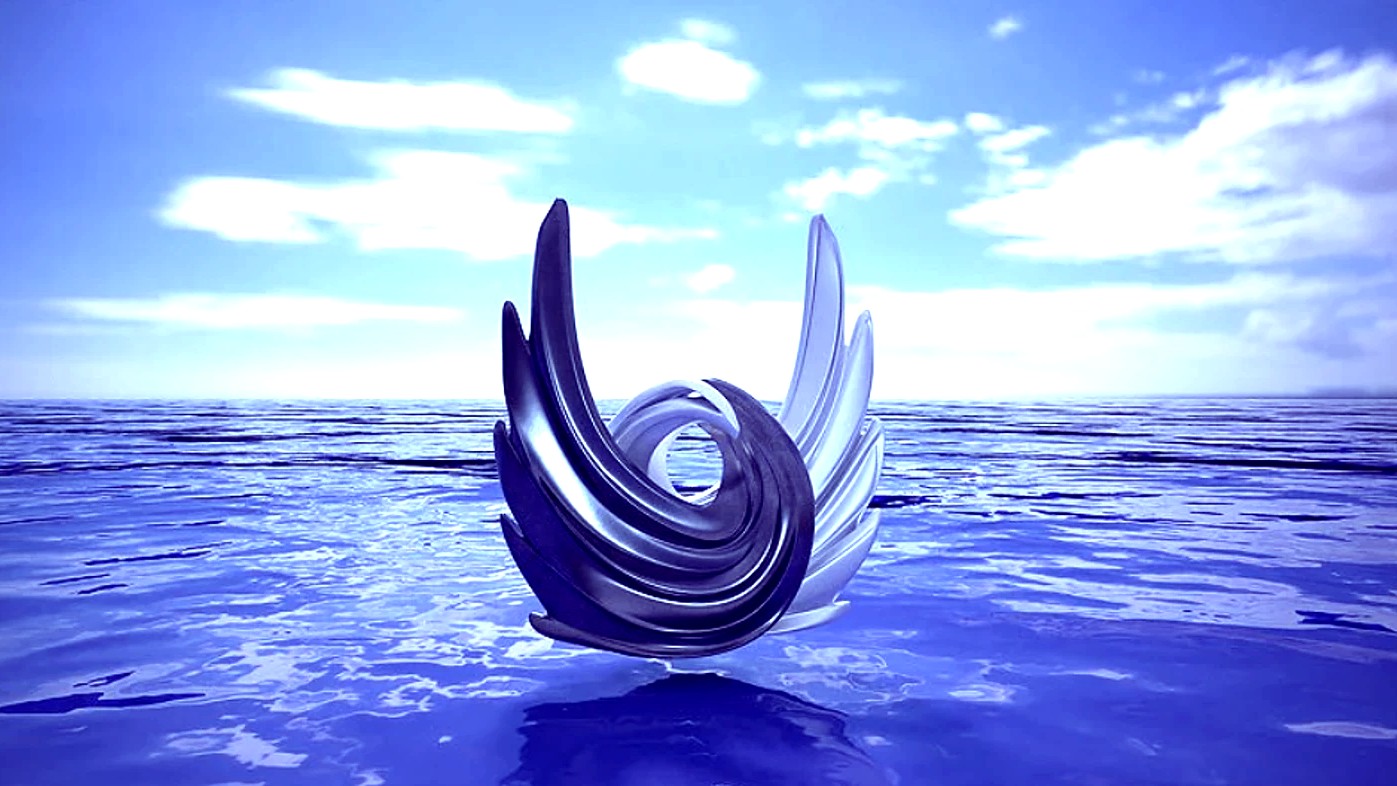 Celebrity has launched the Peacemakers Sunset NFT collection in collaboration with acclaimed artist Rubem Robierb, a longtime featured artist with the cruise line. The collection complements Robierb’s striking Peacemakers sculpture, which is shown on Celebrity Beyond. Each NFT includes two tickets to the ship’s special naming ceremony and voyage in Fort Lauderdale from November 4th to 6th.

The new NFT collection includes a limited edition of five motion art pieces, one of which is on exhibit at the Cube Art Fair in Times Square from May 18th to 22nd. The NFTs will be available for purchase on the OpenSea platform on June 1st. The artist will receive the proceeds from the sales.

Onboard Celebrity Beyond, a variant of these NFTs labeled “Peacemakers, Blue Sky” may be found, making it the first NFT at Sea

“Innovation is a cornerstone of the Celebrity Cruises experience and a defining feature of our ships,” stated Michael Scheiner, Chief Marketing Officer of Celebrity Cruises. “What’s possible in this space, and how we can link our visitors with new immersive and accessible experiences, is truly limitless.” It’s thrilling to take this first step with Rubem’s abilities and craftsmanship.”

“Peacemakers is a tribute to the world’s peacemakers, and the NFTs bring to life the idea that peace is a communal act that can never be taken for granted,” stated Rubem Robierb. “I and you, Yin and Yang, masculine and feminine. There is only one option to end all hostilities and conflicts, and that answer is peace. It’s been an honor to collaborate with Celebrity Cruises again, pushing the boundaries of our artistic partnership to new heights, from the metaverse to exhibiting the first NFT at sea.”

The NFTs can be resold and exchanged an unlimited number of times after they go on sale. Each owner of a Peacemakers Sunset NFT will be regarded the recipient of an invitation to the Celebrity Beyond naming ceremony and sailing on November 4th – 6th, 2022, at 5 p.m. ET on July 1st. 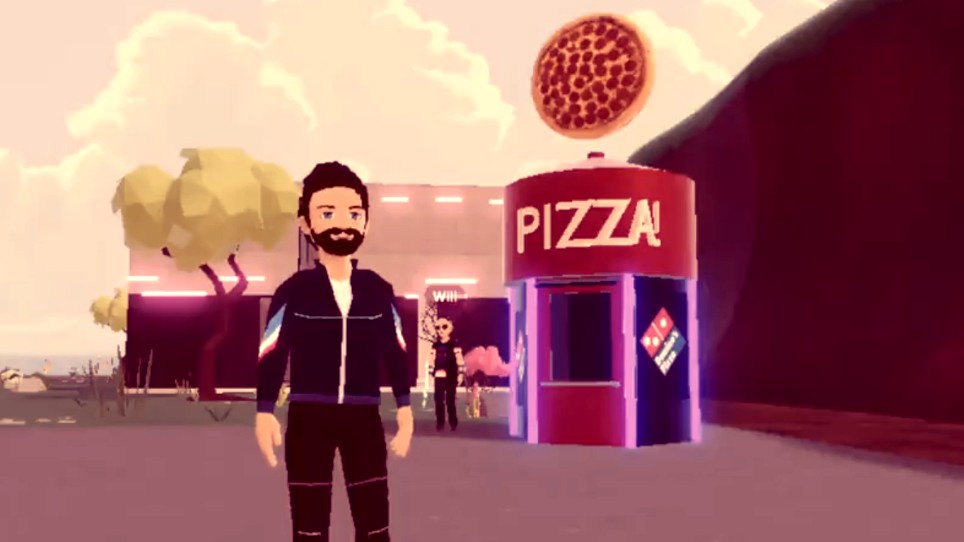 Pizza Hut has already conquered the moon and built a robot that can make pizza; now, the restaurant chain is setting its sights on the Metaverse. Pizza Hut will make its first appearance at the ComplexLand virtual shopping experience, which will be held for the third year in a row. This comes as the popularity of the Metaverse continues to skyrocket among customers in the Gen Z demographic.

At this year’s ComplexLand, Pizza Hut will greet pizza fans with specially built delivery cars and drivers, nine different NFTs, and the opportunity to win free pizza for an entire year! Rob Shields, a veteran of the Metaverse who is known for creating the post-apocalyptic cyberpunk VR world known as “End of the World Pizza,” was the multimedia artist responsible for designing Pizza Hut’s presence at ComplexLand.

During the course of their investigation, the participants will come across three separate Pizza Hut delivery vans that are parked in various locations. Shields was the one who came up with the designs for all of the different zombie drivers and vehicles, and he was the one in charge of staffing each vehicle with its own one-of-a-kind undead delivery driver. The drivers will remind those in attendance to grab some pizza and enter the raffle for a chance to win one of nine NFTs, each of which comes with a free supply of pizza for a whole year.

ComplexLand 3.0 is a three-day long event that will take place from May 25-27 and will provide users with a cost-free, personalized shopping experience. It will include brand new first-person exploration, an enhanced version of the NFT Art Gallery that will be curated by Lil Miquela, and exclusive product drops that will only be available throughout the course of the three-day experience. By implementing these new capabilities, ComplexLand 3.0 will work toward the goal of turning attendees into customers. 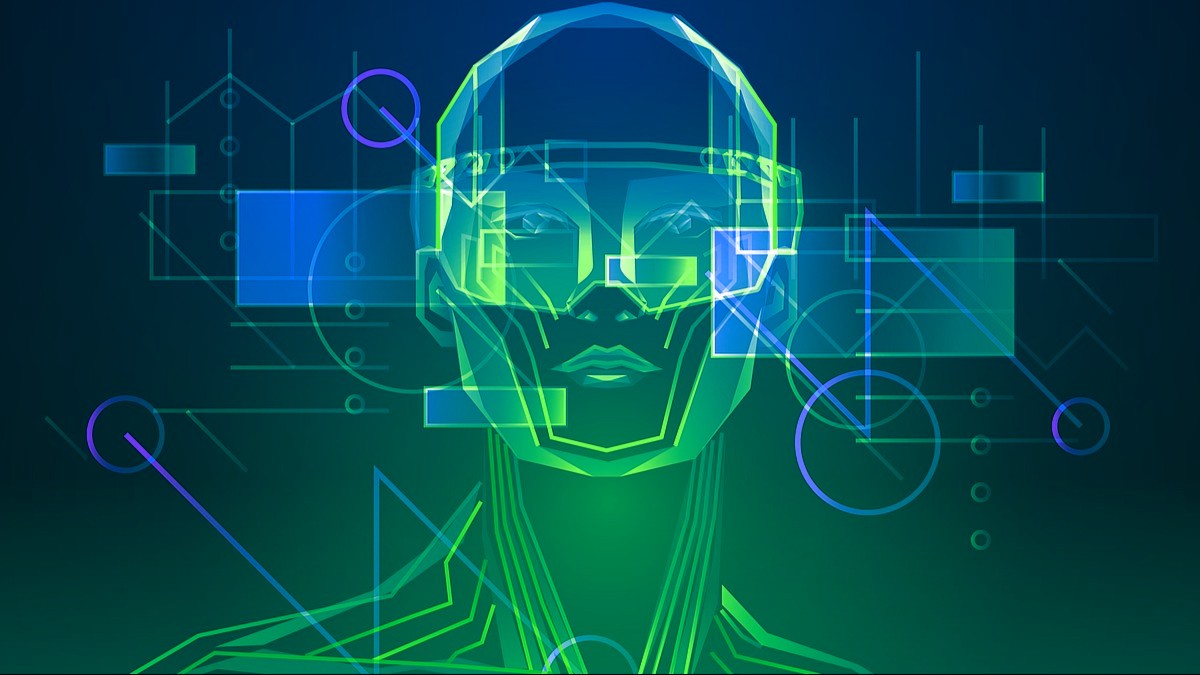 Royalty Black Card is a real-world ERC-721 non-fungible token based on the Ethereum network. Every week, all holders will have access to an exclusive club that provides passive income and life-changing gifts.

Transparency and fairness are important to the company. Furthermore, the organization aspires to be the most generous blockchain protocol. The Royalty Black Card is an NFT and elite membership that is “essentially free.” They provide all of its members with a low-risk, high-reward platform. Enjoy fantastic passive income that grows each week. The goal behind this endeavor was to give back. The company is proud of itself and strives to make a good difference in as many lives as possible.

The Royalty Black Card is a premium membership that grants access to a once-in-a-lifetime chance and experience. They also hope to be the first to provide fresh inventive ideas and distinctive features to the NFT marketplace, in the hopes that other projects would follow suit. One of their many unique goals is to provide a substantial amount of weekly passive income to all of our members in the form of a “Royalty,” which is how they got their name. The ultimate goal is to make this incredible concept into a REAL LIFE UTILITY: the Royalty Debit Card.

NFTs are all the same. The art, on the other hand, will take your breath away! It’s a wonderful work of art, and Royalty Black Card is confident that they’ll agree after seeing it. The NFT is a key to gaining entry to their private membership.

When the price of a Royalty Black Card reaches a minimum threshold of 1 ETH, the company will begin hosting a lively and thought-provoking AMA session every week, which will be immediately followed by a live giveaway. The members will have the opportunity to compete for a wide range of rewards. One fortunate winner will be selected each week to receive the grand prize of one Bitcoin.