Kashmir — was this hypnotic epic the pinnacle of Led Zeppelin’s achievements? 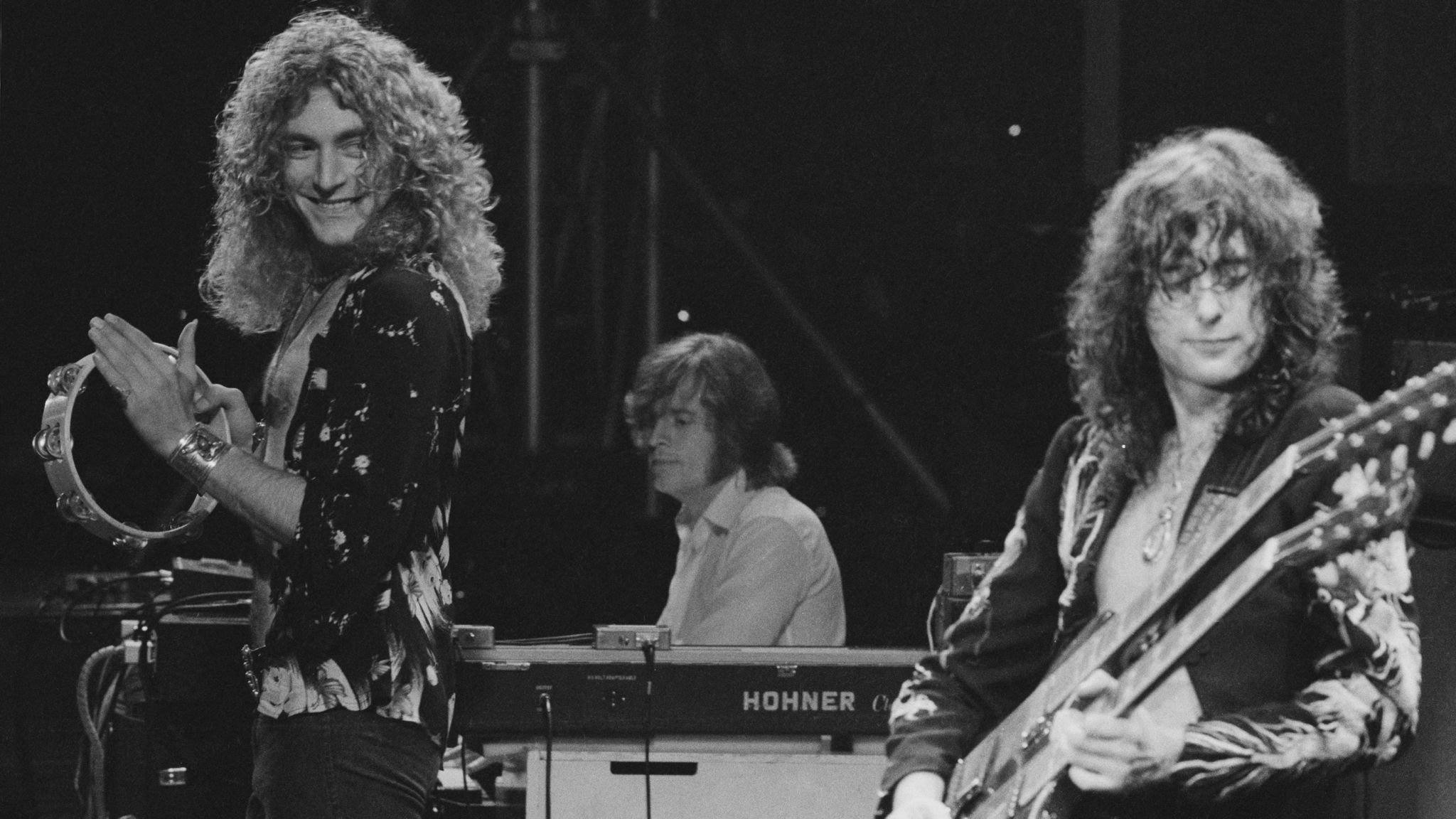 When Led Zeppelin recorded their Physical Graffiti album in 1973-74, none of them had been to Kashmir. Various members of the band had travelled to India (where Jimmy Page and Robert Plant  played an impromptu gig at a club in Bombay in 1972), Morocco and elsewhere, but the region of Kashmir was terra incognita. No matter: just as Toto later wrote “Africa” without having visited that continent, Led Zeppelin wrote a song called “Kashmir” without actually going there. And what could have been an orientalist mish-mash, drippy-druggy dispatches from the hippie trail, turned out to be a triumph.

The song’s circular riff, a kind of musical round, emerged from a session between drummer John Bonham and guitarist Jimmy Page at Headley Grange in Hampshire, the former workhouse where the album was recorded. Bonham kicked things off, relishing the sound of his drums in the house’s grand stairwell, and Page matched his pounding rhythm with an idea that had been brewing, based on a tuning cycle.

To complement the exotic, vaguely eastern flavour of Page’s ascending chord sequence, singer Robert Plant wrote lyrics inspired by a car journey he’d taken with Page down a hot, dusty road in Morocco to a festival of folklore, transposing it to the Indian subcontinent. In the lyrics to “Kashmir”, his journey seems to be undertaken in a timeless realm towards a destination that is more an idea than an actual location, a state of mind (originally the song was called “Driving to Kashmir”, but Plant’s lyrics seem to envisage some kind of caravan of travellers, on foot or perhaps on horseback). Keyboards, strings and brass were added later, arranged by bassist/keyboard player John Paul Jones (who, prior to joining Zeppelin, had arranged the strings on hits such as The Rolling Stones’ “She’s a Rainbow”).

The resulting track, hypnotically repetitive and spiralling towards a Himalayan peak of rapture, is perhaps Led Zeppelin’s crowning achievement, the culmination of Page’s ambition for his band (for it was he who assembled what was first known as The New Yardbirds) to transcend the limits of mere rock and blues, a fusion of the talents of all four band members.

“Kashmir” became an ever-present fixture in their live shows, with Jones playing a key role: his keyboards stood in for brass and strings, while his pedal work filled in for the lack of bass guitar. For Plant, it offered ample scope for him to scat through his favourite phrase: “Woh-woh, yeah-y-yeah.” For Bonham, it offered a chance to actually bang the gong that occupied an otherwise decorative role behind him on stage. For Page, it offered a chance to lose himself in one of the greatest riffs ever devised.

The end of Led Zeppelin was not the end of “Kashmir”. In the 1990s, Page and Plant reunited for the fabled “Unledded” tour in which “Kashmir” once again formed the centrepiece of their shows. The USP of these performances was the presence of an Egyptian orchestra, with a solo spot for violinist Waeil Abu Bakr. With drummer Michael Lee coming close to the skin-walloping brilliance of Bonham, this “Kashmir” perhaps surpassed Zeppelin’s live performances of the song.

Others have tried; few have come close. True eccentricity distinguishes the version by Dread Zeppelin — a white reggae-metal band fronted by an Elvis impersonator known as Tortelvis; a surprisingly effective “Kashmir” mash-up features on their 1993 album Hot & Spicy Beanburger.

After telling his Paris audience that they are “weird”, Jeff Buckley plays a jokey speeded-up snippet on his posthumously released Live À l’Olympia album (2001). It’s been given the classical-crossover treatment by the London Philharmonic Orchestra (1997) and glamorous string quartet Bond (2002). Israeli singer Ofra Haza brings a Middle Eastern melismatic flavour to the vocals amid a drumless wash of synths. Brazilian rockers Angra add a metallic crunch to the riff on their version for the 2002 album The Music Remains the Same: A Tribute to Led Zeppelin, but their pudding is somewhat over-egged with flourishes and fills.

American proggers The Dave Matthews Band make a decent fist of it, though the high notes are beyond singer Matthews’s range and he tries to compensate with some awful screeching. An almost note-for-note version comes from the all-female tribute band Lez Zeppelin on their self-titled first album (2007). And “Kashmir” was of course on the setlist of Zeppelin’s reunion gig in London in 2007, with John Bonham’s son, Jason, on drums, providing a vital strand of DNA linking past and present; bliss.

And then there’s the Godzilla version. For many people below a certain age, this is how they came across “Kashmir”, in the version (“Come With Me”) that Page and Puff Daddy made for the soundtrack of the 1998 film.  The riff crunches. Puff Daddy declaims. It’s all very powerful, brutal even. But what’s missing is the mysticism and mystery, those eastern-sounding string flourishes, the sense of wonder experienced by Led Zeppelin all those years ago on the dusty road that led from Morocco to “Kashmir”.

What are your memories of ‘Kashmir’? Let us know in the comments section below.

‘The Life of a Song Volume 2: The fascinating stories behind 50 more of the world’s best-loved songs’, edited by David Cheal and Jan Dalley, is published by Brewer’s.

USD Rises On Yields and Hopes For More Relief

USD Rises But Remains Without Allies This Month