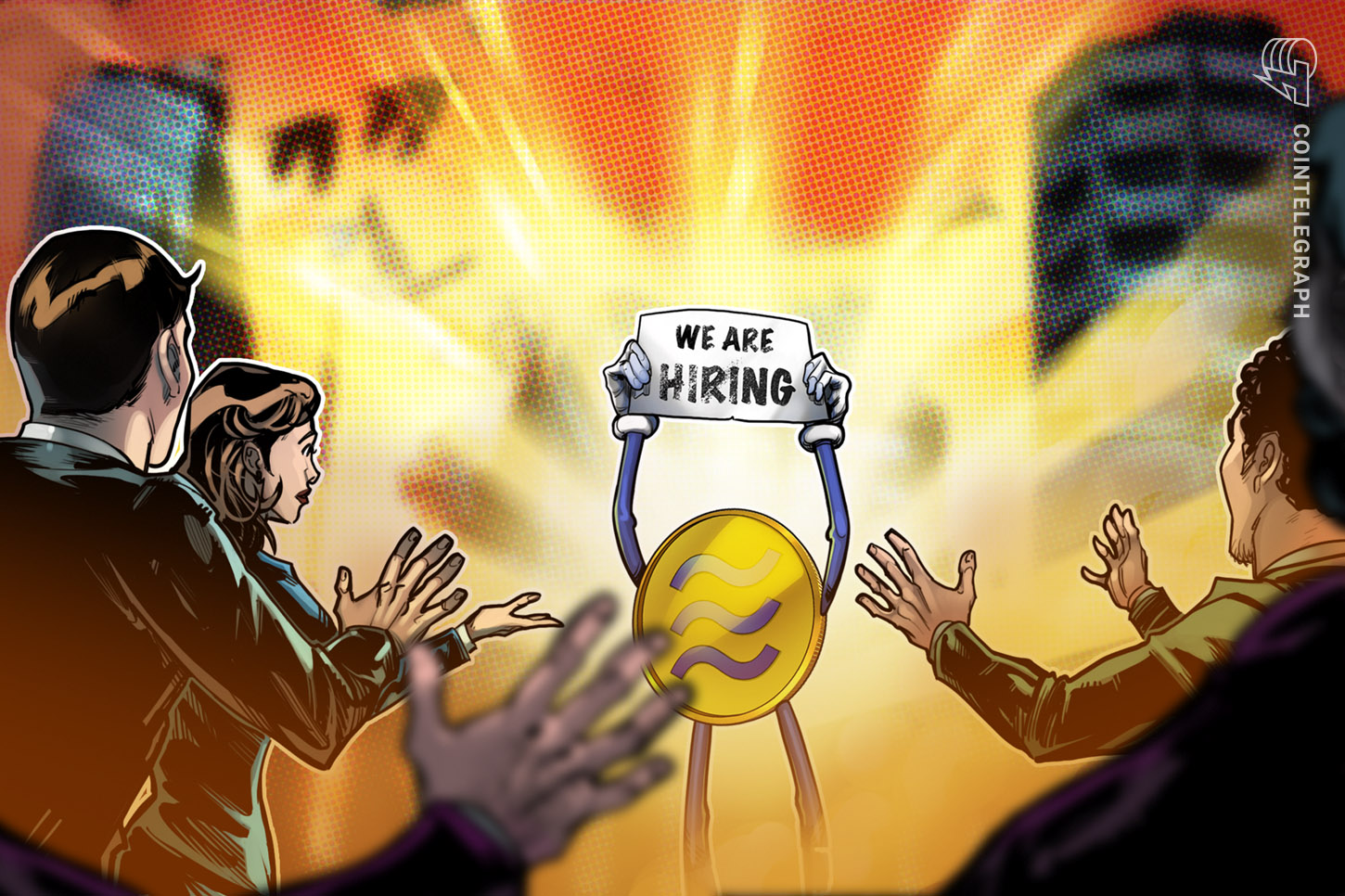 Following a big-time update to its white paper in mid-April, the Libra Association has over the past couple of weeks made a string of striking new additions to its core governance team, including appointing Robert Werner as its general counsel and Stuart Levey as its CEO. Before joining the Libra Association, Werner served as the director of the Financial Crimes Enforcement Network, known as FinCEN, as well as holding a number of top leadership positions at financial firms such as HSBC, Goldman Sachs and Merrill Lynch. Similarly, Levey most recently was the chief legal officer for HSBC Holdings.

In addition, the Libra Association has also been able to rope in Temasek, one of Singapore’s two government-owned investment vehicles, along with San Francisco-based crypto investment company Paradigm Fund and private equity firm Slow Ventures to its ever-growing consortium. Temasek claims to currently be in possession of a financial portfolio worth $219 billion.

The aforementioned moves have been viewed by the global crypto community as being a clear indication that the Libra Association is now really serious about realizing its dream of widespread adoption of its native digital offering: the Libra token.

Commenting on the recent hirings, a spokesperson for Libra opined that Werner and Levey both bring to the table a vast wealth of knowledge in regard to matters such as regulation, financial crime compliance and enforcement. Similarly, Chia Song Hwee, the deputy CEO of Temasek, was quoted as saying: “Our participation in the Libra Association as a member will allow us to contribute towards a regulated global network for cost effective retail payments.”

What do Libra’s moves really mean?

In the wake of the aforementioned announcements, a number of questions have been raised about the Libra Association’s intentions regarding the mainstream deployment of its stablecoin-pegged cryptocurrency, especially in terms of legitimizing its operations in the eyes of potential investors all over the world.

Thus, to get a holistic overview of the matter, Cointelegraph reached out to Joe Lallouz, the CEO of Bison Trails — a blockchain firm that is part of Libra’s consortium. In his view, the addition of the two executives to the association is a great way to continue to move the Libra project forward while enhancing its overall independence. Not only that, but he also believes that their addition will help further Libra’s conversations with regulators around the world.

On the subject of Temasek, Paradigm Fund and Slow Ventures becoming part of the Libra family, Lallouz similarly stated that these firms — due to their market presence and overall reach — will definitely help push the crypto and blockchain adoption narrative in a positive direction for the industry as a whole. He added:

Explaining his thoughts on the subject, Reuben Yap, the project steward for the privacy-first digital currency Zcoin (XZC), told Cointelegraph that the hirings of Werner and Levey indicate a strong pro-regulatory and compliance approach from the Libra team, as a closer look into their histories shows their expertise in dealing with many of the fears that have been traditionally associated with the cryptocurrency market. Yap opined:

“Prior to FinCEN, Robert Werner was director of the Office of Foreign Assets Control (OFAC), which is the body tasked with enforcing economic and trade sanctions. Stuart Levey also was the first Under Secretary for Terrorism and Financial Intelligence (TFI) with the U.S. Treasury, where during his tenure the TFI was tasked with cutting off funding to terrorist organizations. He also played a key role especially in designing strategies that put pressure on Iran’s economy and isolated it from the international financial system further.”

However, not everyone seems to agree on the purpose of Libra’s recent additions. For example, Will Martino, the co-founder and CEO of blockchain interoperability firm Kadena, believes that the signings can be viewed simply as “professional hires” that have been facilitated to help Libra create a conventional financial service that is “nothing more than a credit card with a dash of crypto for flare.”

Martino — who previously helped build JPMorgan Chase’s first blockchain, Juno, and was also the tech lead for the Securities and Exchange Commission’s Cryptocurrency Steering Committee — further added: “Even Facebook has finally understood the U.S. Gov/SEC’s extremely clear position — if you’re a large tech company, you MAY NOT launch a cryptocurrency.”

A lot of experts are of the opinion that the addition of Temasek, Singapore’s sovereign wealth fund, adds a lot of legitimacy to Libra and may even help smoothen its adoption in the country as well as the rest of Asia. In this regard, a similar scenario was previously witnessed sometime back when Temasek invested in Binance, which helped ease the launch of the crypto giant’s regulated fiat–crypto exchange, Binance Singapore, and spurred the adoption of digital currencies in the region.

Also, by teaming up with state-backed entities such as Temasek and hiring regulatory and compliance veterans, the Libra Association seems to have fully acknowledged the fact that it needs to become more of a participant within the larger financial ecosystem rather than try to redefine it completely. The recent moves also seem to point to the fact that the Libra team is way more serious about dealing with issues — such as aiding and abetting money laundering and other financial crimes — before it finally goes public.

Another interesting point to note here is that the Libra team is looking to distance itself from its obvious affiliations with Facebook and focus on its latest hirings as much as possible. In a recent correspondence with Cointelegraph, a member of the Libra Press Association stated:

A connection between the hirings and the updated white paper?

Libra’s original goal for its cryptocurrency was quite ambitious and perhaps even disruptive: It sought to deploy an independent stable currency backed by a basket of assets. There was even a stated intention to move toward a permissionless system, which would make it more like a decentralized cryptocurrency. However, Libra’s recent white paper revisions have largely abandoned those ideas in favor of a strong focus on preserving the status quo of fiat currencies.

Lallouz believes that the new white paper represents a number of welcome, proactive changes that the Libra Association has been able to make as a result of engaging with regulators around the world. However, Martino told Cointelegraph that, having read the revised white paper, what stands out the most to him is that “Libra 2.0” simply defangs the project enough to fit into the Financial Stability Board’s new global stablecoin guidelines that eliminate the gray area in which most stablecoins currently operate. He added:

“Once FSB’s guidance gets adopted, stablecoins must be completely decentralized, which Facebook would never allow, or be completely centralized and regulated, which means that Facebook is just building a credit card.”

He further pointed out that Libra 2.0 is quite limited in terms of its transparency and decentralization and can largely be equated with Apple’s or Google’s payment services. He added: “Libra 2.0 is Facebook’s Google Plus (G+), a confused overreach into a sector they’ll never understand.”

Therefore, while the Telegram-backed TON project chose to adopt legal strategies that resulted in its plans to release a native digital offering — Gram tokens — being scrapped altogether, Libra’s white paper rejig and recent hirings seem to indicate that the association is taming its ambitions in order to enter the global finance ecosystem in a manner that is legally compliant.

USD Down At Close In Spite of Recent Revival