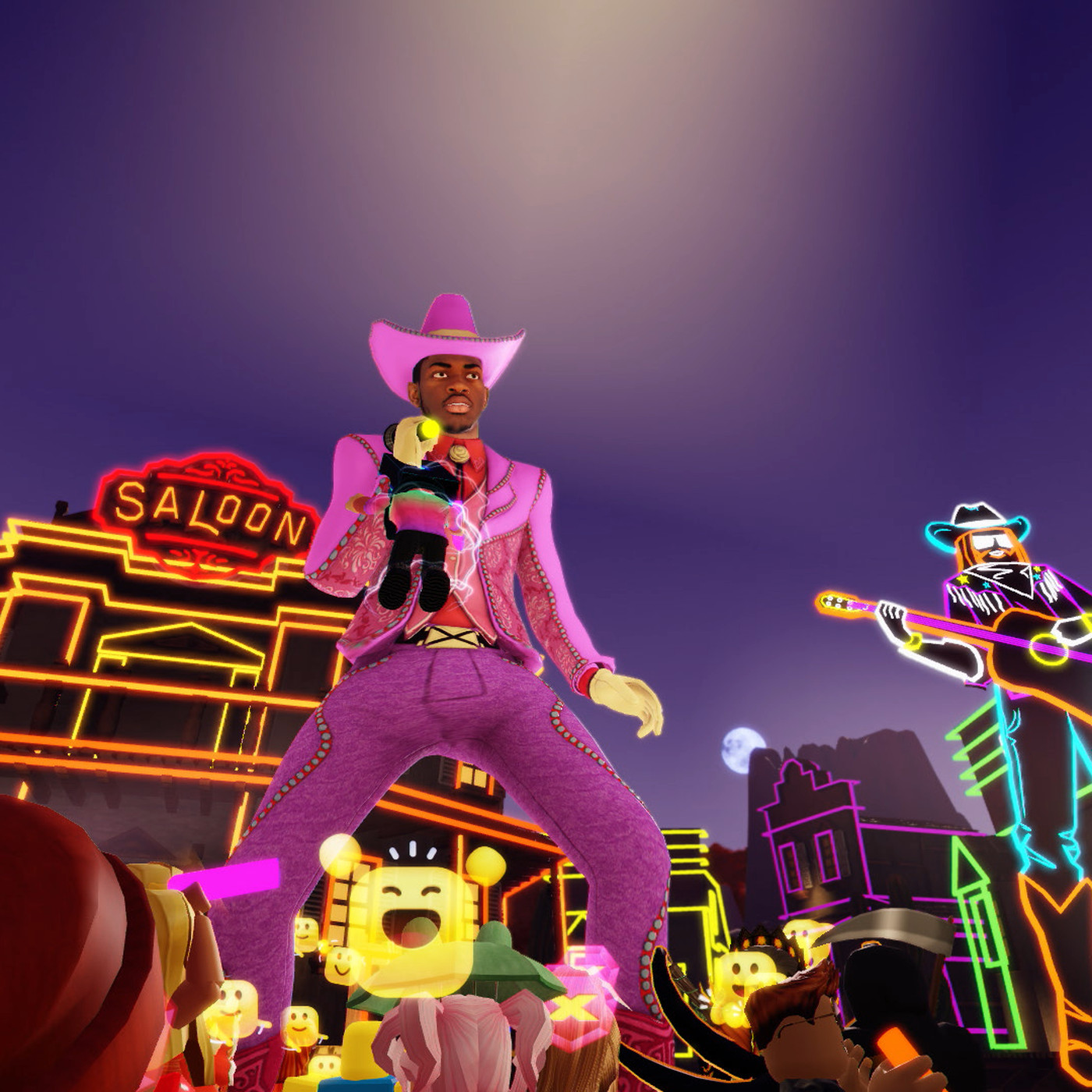 Facebook renamed as Meta last week in an effort to broaden the virtual realm and incorporate virtual and augmented reality more deeply into social media. Although the concept of the metaverse is not new, it is now gaining traction among a wider audience.

Todd Gordon, founder of Inside Edge Capital Management, mentioned Matterport, a $6 billion firm that specializes in 3D capture for industries like real estate.

“The profit margins will be favorable. It’s a model that works on a subscription basis. Subscriptions with the iOS and Galaxy apps account for half of the revenue this year. According to management, subscriptions would account for 80% of revenue by 2025”, Gordon stated on Tuesday.

According to FactSet, Matterport is to record $118.4 million in revenue this year. Furthermore, that figure should increase by about 56% in 2022.

“They have a significant first-mover advantage over the competition. They have approximately 6 million digitized images of buildings and infrastructure, which is 100 times more than the nearest competition, according to the company “Gordon continued.

In July, Matterport went public through a SPAC. In the last three months, the stock has grown by more than 50%.

Eva Ados, ERShares’ head of investment strategy, has chosen the chip industry as her option.

“Nvidia is one of our favorite companies for a variety of reasons. Aside from that, there’s the metaverse. In fact, following Tesla, we believe Nvidia will be the next trillion-dollar company”. In the same interview, Ados mentioned Tesla, which recently surpassed the $1 trillion market capitalization milestone. Nvidia has a market capitalization of $660 billion dollars.

“These are the equities to own if the economy is hammered by inflation”.

Similarly, Barclays also feels that this is a good moment to invest in Chinese technology stocks, with Alibaba being a strong selection.

“The metaverse’s infrastructure is crucial. Many firms will develop it, but the ones that offer the infrastructure will generate the majority of the income, which is where Nvidia comes in because they are already a leader in artificial intelligence and chips. The metaverse relies on their electronics and computing power “she stated

This year, Nvidia has been the most successful chip company. Indeed, in 2021, the stock is up 102 percent, greatly surpassing the SMH semiconductor ETF’s gain of 28 percent.

In addition, she mentioned Roblox. “I like Roblox as well. Gaming will provide the majority of the innovation. Roblox already has a metaverse feature. It is the fastest-growing company in the gaming industry, with a growth rate of 117 percent, which is 10 times the industry average.”

Since early summer, the online gaming industry has been locked in a trading range. It is still trading significantly above its March benchmark price of $45 for direct quote. On Tuesday, it closed above $79 for the first time.

Brazil: A giant 5G tender is off to a flying start 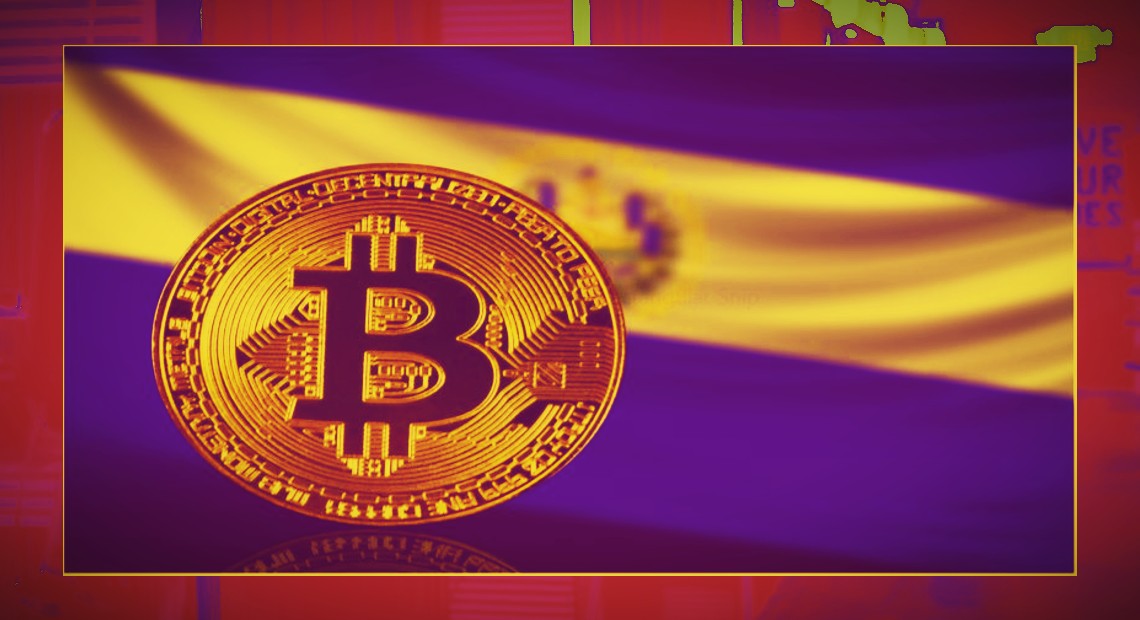 El Salvador, a pioneer in Bitcoin adoption. El Salvador has garnered global news for its recent adoption of bitcoin as a legal currency, as crypto-currencies and other digital assets grow more numerous in the financial landscape.

The country of El Salvador is banking on the future and plans to push financial inclusion higher in the country, despite the fact that 70% of the population lacks a bank account. In fact, one of the government’s key goals is to encourage international buy-in through decentralizing banking companies and lowering the cost of getting remittances, which make up 16 percent of the country’s GDP.

The Adoption for the Future

Moreover, the Salvadoran people created the “Chivo” digital wallet in bitcoins and handed each citizen a USD 30 voucher to spend on products and services as part of its efforts to get the economy moving and highlight the usage of BTC. Due to the current movement of crypto-currencies; El Salvador’s people has publicly shown that salaries, pensions, and funds held in Salvadorans’ bank accounts will continue to be paid in dollars.

Binance founder Changpeng Zhao said during his talk for the Encrypted Documentary Series Dubai Episode, “El Salvador is a great example, and I think we will see this market making much more activity than in other places”. “The economy there will become much stronger in the next few years. We want to make heavy investments there,” he added.

Also, the city vows to be looking at new tech. That said, with a lot of open space and a plan to attract global investment. The president talked about digital education, tech, and environmentally friendly public transit. Bukele said Bitcoin City will include local sections, shopping centers, restaurants, a harbor, and an airport. From above, it seems to be shaped like a bitcoin symbol. MetaNews is reporting on El Salvador, a Pioneer in Bitcoin Adoption. This is a major undertaking, and we see the potential in it as we move forward. The El Salvador project is a model for how many other countries could potentially launch their own projects. It has ambition, momentum, financial stability, and a lot of support.

In El Salvador, crypto fans are filming first episode of a crypto-documentary 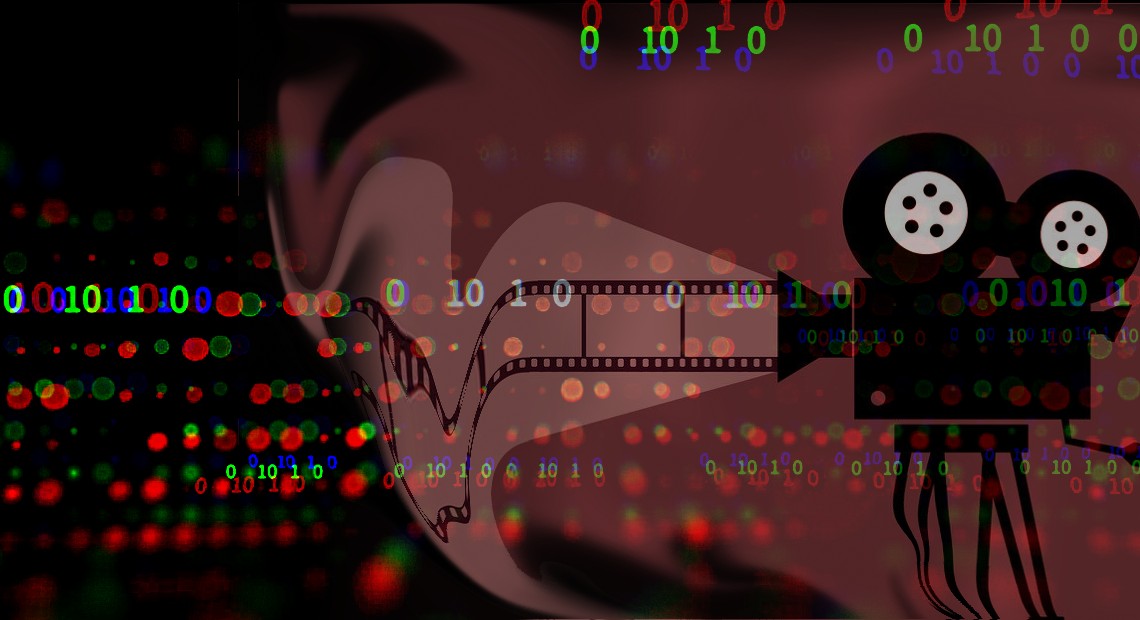 In El Salvador, crypto fans are filming first episode of a crypto-documentary. Starting with the first episode, ENCRYPTED PRODUCTION has chosen to film a whole new aligned vision of the great emotional series. It is inspired by El Salvador’s bold decision to make bitcoin legal currency.

They will show that El Salvador’s transition to an advanced crypto-economy. The group of crypto-lovers decided to film their first episode of the crypto-documentary in the country. And while attending Bitcoin Week in San Salvador.

The episode features interviews with El Salvador’s MPs in parliament. His name is William Soriano and Jorge Castro. Also, Vice President Felix Ulloa is interviewed about the country’s move to following the government’s embrace of cryptocurrency. Exclusive access to geological mining on the volcano was granted. Not only this, but the ZERO land of the future “Bitcoin City.”. This is the land that the country’s president, Nayib Bukele, has declared for development.

While working on the documentary series “ENCRYPTED” about the new era of the digital economy. The team will showcase real-life use cases and comparisons of “traditional” banking systems from around the world. As a result, the first episode focuses on El Salvador’s blockchain adoption and new economic decisions.

They will share the views of local people and companies with an global viewers in 45-minute episodes. Each shot in a different region, all while fostering growth and maximizing the potential of crypto and blockchain. The material’s documentary-style voice over and delivery, as well as the best post-production and images, will have a viral impact on millions of people around the world.

Since 2016, ENCRYPTED PRODUCTION’s producer and team have been working with blockchain-based companies all around the world to make better the emotional and visual delivery of their assets, while also bringing the synergy of development and art into the mix.

“We never lost trust in the future of this tech from the winter of crypto to today’s widespread adoption,” the team added.

In this show, ENCRYPTED PRODUCTION, there are two cameramen, a director, an editor, a sound designer, and a graphic designer. All of which have worked in the top five global news channels for more than ten years and produced more than ten series in the last five years. They are now moving from Latin America and Europe to the Middle East to get experience.

There are more than 20 speakers were picked by a real editor from more than 50 interviews in this documentary effort. Also, more than ten experts pointed out the most important levels of the global economy as well as new opportunities to become key people. In El Salvador, crypto fans are filming first episode of a crypto-documentary, and MetaNews is reporting.

Leading crypto giants from around the world have joined in to drive the film and give teasers on social media. The crew is now in talks with big cable and internet networks about airing the show in 2022. This promises to be an engaging and moving show. We anticipate more information concerning production very soon as well. As we draw closer to the end of the year, moral seems high on the set. This bodes well for a new venture, especially a movie set as diverse and ambitious as this one. Indeed, the high energy and excellent filming style of the production seems to have had a positive impact on everyone involved. 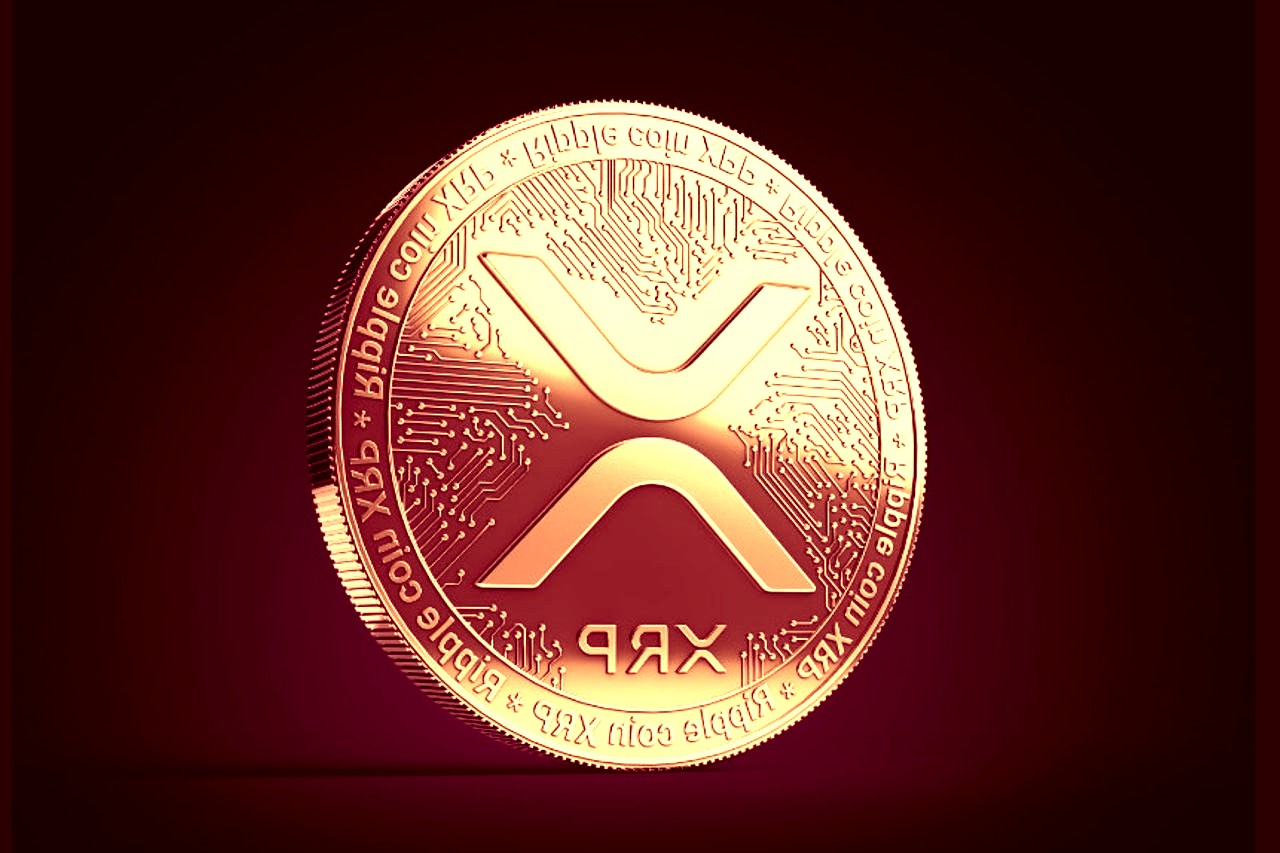 The global payments giant has unveiled plans to enter NFT and increase the utility of XRP Ledger native tokens. Ripple Ledger has the features to power NFT functionality.

Ripple jumps on the NFT bandwagon.

The XRP Ledger is becoming an NFT platform. Recent developments in virtual worlds have also ignited interest in NFT. According to proponents, the XRP Ledger supports NFT functionality. The platform was first established in 2012, and its evolution to push NFTs is a significant step forward.

The platform is based on XLS-20, a standard that will allow NFT to function seamlessly. The community has yet to approve the standard. RippleX will facilitate the development of NFT on its network once it has been approved.

To promote NFTs, the payments giant will collaborate with the Mintable initiative, a digital commodities bazaar. Ripple’s on-demand liquidity (ODL) broker has grown by 130 percent in the last quarter. The utility of XRP has been bolstered by Ripple’s Asian relationships. Additionally the platform has risen 2,400 percent in the last year.

Ripple popularity is being fueled by Ripple’s ODL corridor between Japan and the Philippines.

The number of active addresses each day has risen from 11,300 to 1,42,700. On the XRP network, blockchain activity has increased by more than 11-fold.

The high transaction fees on Ethereum have had a negative impact on NFT developers and users. Transaction fees on the XRP Ledger are likely to be far cheaper than those on the Ethereum blockchain, encouraging greater adoption of NFT.

XRP’s price, according to investors, has reached a tipping point. Whales moved $14 million in XRP tokens from exchanges earlier this week. The movements of the whales point to a shift in the price of XRP.

According to FXStreet analysts, the price of XRP will rise to $2.