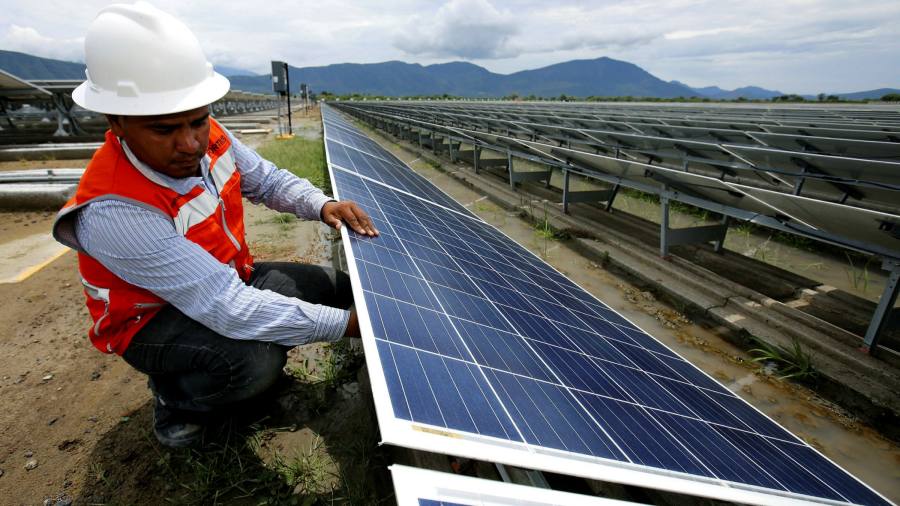 Mexico’s energy ministry has rammed through sweeping new rules that private power generators fear could spell the end of their participation in the electricity market, as President Andrés Manuel López Obrador pushes ahead with his vision to bring the sector under state control.

Late on Friday measures to give the government more control over who can generate power, where they can operate and how much they can produce were published in the official gazette. The measures contravene legislation enacted in 2014 under a landmark energy reform that set up an independent market operator.

Arguing that the Covid-19 health emergency requires new guidelines to ensure power supplies are guaranteed, she initially tried to circumvent approval by the National Commission for Regulatory Improvement, or Conamer, by seeking publication directly in the official gazette, or DOF. The DOF refused.

Asked to greenlight the guidelines directly, César Hernández, the head of Conamer, whose job is to improve Mexico’s regulatory framework, resigned on Friday night, in a sign of the disquiet the move had sparked.

Industry executives saw the move as an attempt to enact a blueprint, revealed by the FT in December, to curb private participation in the power market and consolidate generation in the hands of the state-run utility CFE.

“This is the most direct attempt yet to recover control of the sector,” said one senior executive.

Large international companies including Iberdrola and Naturgy of Spain, AES and Sempra of the US, Enel of Italy, France’s Engie and Denmark’s Vestas have invested in Mexico’s power sector.

“This is a tremendous power grab by the energy ministry,” said Pablo Zárate, an energy specialist at FTI Consulting. “They’re using Covid as an excuse to try to increase their powers and achieve the political objective of control of the system.”

The chief executive of one private company added: “This is immense for the entire power industry. If it goes through, it’s the end. We will do our best to contain it.”

The energy minister’s new move goes well beyond measures announced by the electricity market operator Cenace at the end of April, which had already alarmed the private sector.

The April directive abruptly changed the rules for renewables generation by putting an indefinite hold on new wind and solar projects about to begin testing or to connect to the national grid. Cenace said its move was prompted by concerns about the reliability of the supply during the Covid pandemic.

The renewables industry said that directive had put $6bn in green power projects at risk, and companies had already begun the process of seeking injunctions against it, according to the industry executive.

“This could be the first step to dismantling the electricity market, which is very worrying,” said Julio Valle, spokesman for Mexico’s wind and solar power associations, Amdee and Asolmex.

The wind and solar associations say Cenace’s rule change would affect 44 clean energy projects that would have saved monthly carbon-dioxide emissions of 714,000 tonnes, and could jeopardise almost 30,000 jobs. Wind and solar projects in Mexico have some of the lowest generation costs in the world.

One lawyer, who has been advising more than 30 renewables companies, said the renewables order could violate international trade treaties which Mexico has with the US and Canada, as well as European nations.

“When you are clearly seeking to favour a national, and especially state, entity, that is in violation of these treaties,” said the lawyer.

Graeme Clark, Canada’s ambassador to Mexico, has requested a telephone meeting with Ms Nahle over the latest proposal for the sector, saying it “adds to other measures, changes in laws and policies which harm investment in renewable energy in the country”.

In a separate letter, EU ambassadors expressed their “profound concern”.

Mexico’s competition regulator, Cofece, has yet to comment on the ministry’s new design for the sector. However, on May 7 it criticised Cenace, saying its directive “artificially strengthened” CFE’s position and erected barriers to competition.

The energy ministry’s proposals would end the current practice of dispatching the cheapest energy first into the national grid.

Ms Nahle, energy minister, has denied the government was seeking to destroy the market but said in a recent radio interview that the rule change was designed to guarantee CFE had 54 per cent market share — which the government sees as the minimum threshold.

The ministry did not reply to a request for comment on the latest move but Mr López Obrador said this month there had to be “fair treatment to the Federal Electricity Commission (CFE) regarding bringing energy into the grid, because private firms had preference before”.

“This is not the first time the rules of the game have changed. It increases uncertainty for investment needed for [post-Covid-19] economic recovery,” said Roxana Muñoz at Moody’s Investors Service, a rating agency.

For instance, Mr López Obrador cancelled a $13bn airport project in 2018, last year renegotiated gas pipeline contracts he said were exorbitant and unfair to CFE, and in March scrapped a $1.4bn brewery plant.

Renewables groups have been lobbying Washington to put pressure on Mr López Obrador to backtrack on the April directive, saying it harms investors, including US firms with green power interests in Mexico.

Among investors in the sector is BlackRock, the world’s biggest asset manager, whose boss Larry Fink last month held a video call with Mr López Obrador to discuss the coronavirus pandemic.

“The only thing they listen to is pressure from the US government,” said the renewables chief executive. “This isn’t only about renewables. This is about the entire power system.”