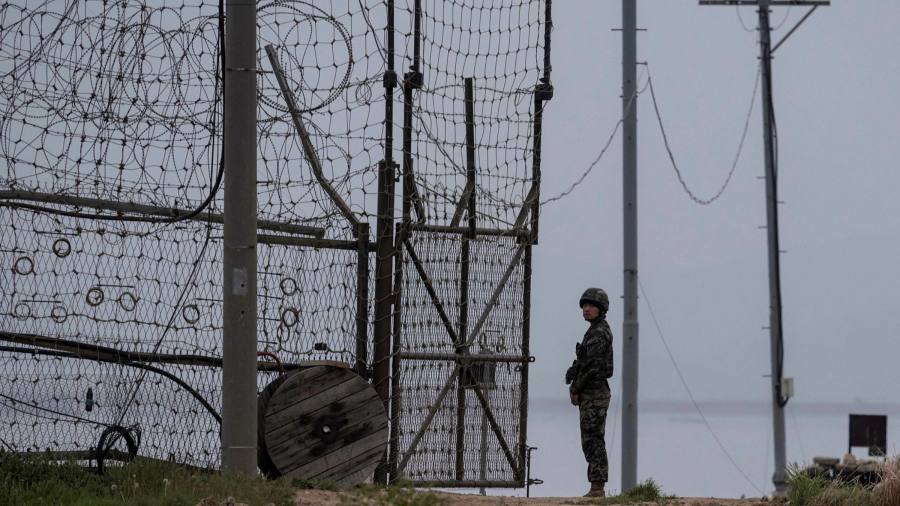 A defector blamed by Pyongyang for spreading coronavirus inside North Korea after swimming across the border from South Korea does not appear to have been infected with the deadly disease.

On Monday, Yoon Tae-ho, a South Korean health ministry official, said: “The [defector] is neither registered as a Covid-19 patient nor classified as a person who came in contact with virus patients.”

Seoul’s statement, which came two days after North Korean leader Kim Jong Un moved to lock down the border city of Kaesong in response to the potential Covid-19 outbreak, raises further questions about the veracity of Pyongyang’s claims over the source of transmission.

But if there is an outbreak, [North Korea’s] the ability to treat, especially acutely ill patients, is very limited at the moment — and they know that

According to North Korean state media, Mr Kim on Saturday declared a state of emergency in Kaesong, which is about 50km north-west of Seoul, in a bid to cut off any routes of transmission between regions.

Officials in Pyongyang blamed a North Korean “runaway”, who returned from South Korea on July 19, for the potential transmission of Covid-19. It was not immediately clear why the defector chose to return to North Korea.

The lockdown and official announcements marked the first time the secretive state had acknowledged the global pandemic might have breached its borders.

The defector — believed to be a 24-year-old surnamed Kim who first escaped North Korea three years ago — as well as people he had come into contact with, have been placed in quarantine, North Korea’s state news agency said on Sunday.

Defence officials in Seoul on Monday explained how Mr Kim returned to North Korea. They believe he probably evaded South Korean guards via a drain pipe underneath a barbed wire fence on Ganghwa Island before swimming several kilometres across a river channel to North Korea.

“We spotted the specific location from which he fled to the north from Ganghwa Island, as a bag believed to belong to the man was found,” said Colonel Kim Jun-rak, a military spokesperson.

The potential for a coronavirus outbreak inside North Korea has sparked concern among international health experts over the vulnerability of the country’s 25m people. Many North Koreans already suffer from medical problems, including malnutrition and weak immune systems. There is also a severe lack of supplies of testing and protective equipment.

Kee Park, a lecturer at Harvard Medical School who has worked inside North Korea, said Pyongyang’s lockdown measures since January — which have included tight restrictions on the internal and external movement of people and goods — could stem coronavirus outbreaks despite the “massive” financial toll.

Gold Continues to Gain at Slow But Steady Pace.