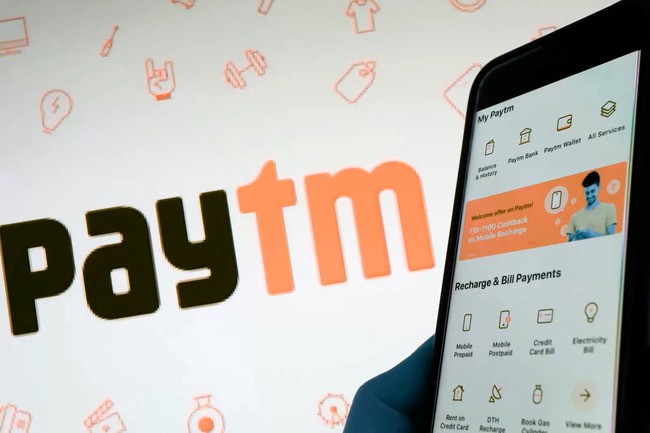 Paytm, a pioneer of online payments in India, plans to raise $2.46 billion in its IPO on Monday. It is set to be the biggest public listing in the country’s history.

As part of the listing on the Bombay Stock Exchange, Paytm will issue new shares worth 83 billion rupees ($1.12 billion). In addition, existing shareholders will sell shares worth Rs. 100 billion, according to the prospectus filed with Indian regulators.

In the offer, which begins Monday and ends Wednesday, Paytm will issue new shares at a price range of Rs 2,080 to Rs 2,150 per share ($28 to $29). Analysts expects Paytm value at $20 billion. This figure is up sharply from its previous valuation of $16 billion in November 2019.

The current IPO record belongs to Coal IndiaI, having reached the $2 billion in 2010. If $2.46 billion objective is met, Paytm would thus surpass this record.

Blackrock Fund and Canada Pension Plan Investment Board are among the key investors who have contributed to Paytm’s Rs 82.35 billion funding last week.

In July, Zomato, another tech startup, completed the largest IPO this year in India, with a $1.3 billion stock offering. Jack Ma’s Ant Group and Alibaba Group together own nearly 35% of Paytm.

Masayoshi Son, of Japan, holds 18.3% through his Softbank Vision fund. Paytm is also backed by Elevation Capital and Berkshire Hathaway.

Vijay Shekhar Sharma, a self-made billionaire who founded the company at 32 with a net worth of $2.4 billion according to Forbes, holds nearly 14% of the shares.

In a country traditionally dominated by cash transactions, Paytm quickly became synonymous with digital payments.
Moreover, the company has benefited from government efforts to reduce cash transactions, including the demonetization of almost all bank notes in 2016.

“I started using Paytm just before the lockdown,” grocery store owner Naina Thakur says. “I was unaware of the Coronavirus coming, but Paytm was very helpful during the pandemic.”

According to filings with the stock exchange authorities, Paytm had 337 million customers by the end of June. It reports transactions worth more than $54 billion in 2020-21, making it the largest payment platform in India.

Metaverse: Is China taking part in the race?

A record number of patent applications were filed last year