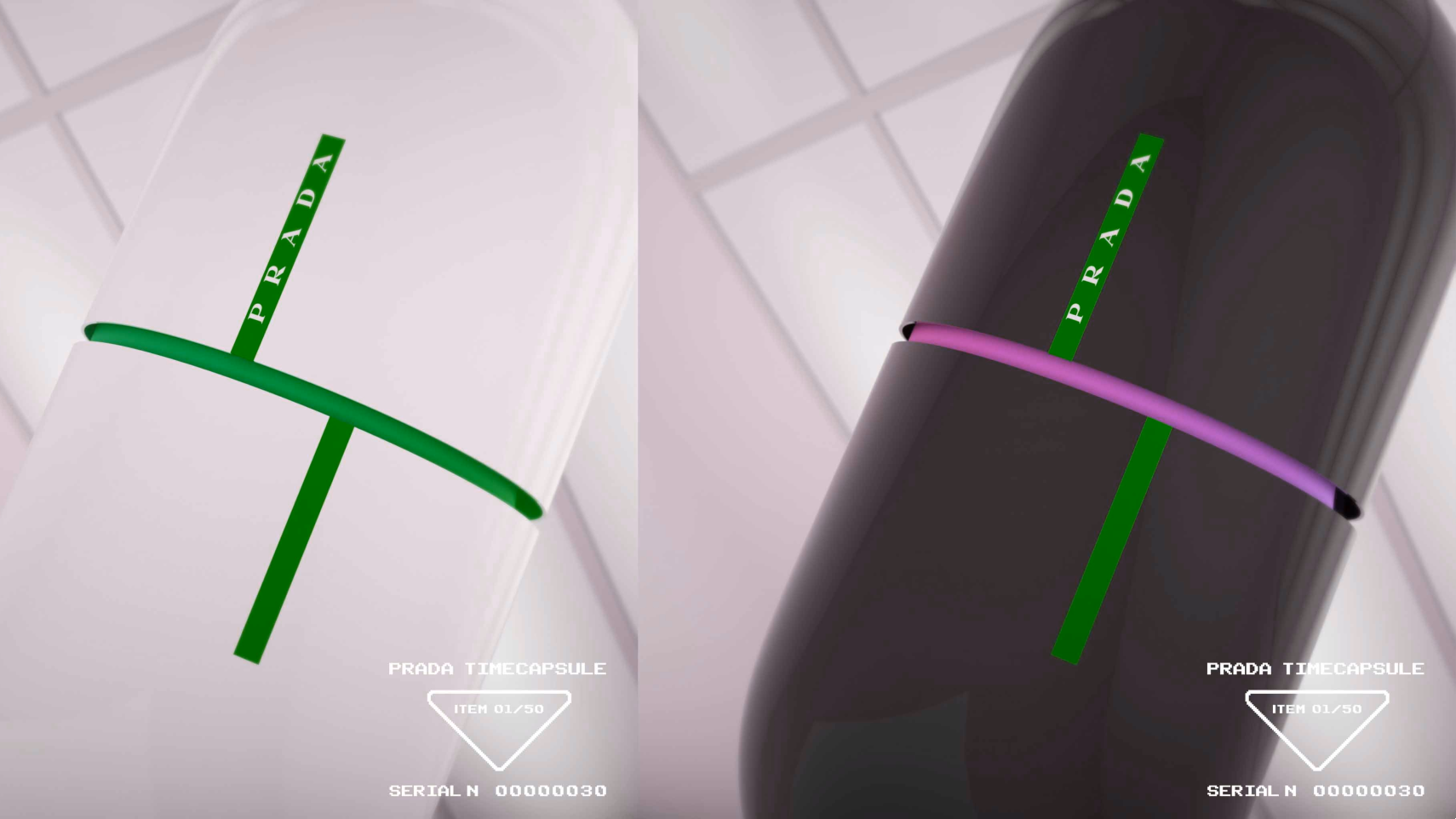 Prada is releasing a Timecapsule NFT Collection, which the company announced in a press release. The collection will feature gender-neutral physical products and a gifted non-fungible token, and it will be feeding into the growing metaverse hype that is occurring among brands. Prada Crypted, a community server on Discord where Prada fans may debate topics related to fashion, art, film, music, and Web3, is also being launched by the firm.

Prada is delving farther into the metaverse with the launch of its Timecapsule collection, which features product drops that are related to NFTs. After partnering with the artist in the middle of May to create a limited-edition capsule collection of the Prada America’s Cup shoe, which was available in four different styles and 22 different iterations, Prada has decided to work with Damien Hirst specifically on a new project.

The non-dropped items sold by Prada will each have their own unique serial number, in addition to having a drop-specific number. According to the press release, the Prada Timecapsule NFTs are being distributed on the Ethereum blockchain, and the distribution of the product is being made possible via the NFT technology being developed by the Aura Blockchain Consortium. The Aura Blockchain Consortium also includes participation from a number of other high-end luxury brands, including as Cartier, Louis Vuitton, and Bulgari.

Prada and Adidas Originals, for instance, collaborated on a user-generated NFT initiative back in January. The project featured artwork contributed by consumers as well as creators.

A number of businesses and companies, including Gap, GameStop, and PacSun, among others, have dabbled in the nebulous idea of the metaverse. The luxury brand is the latest to join this group. It is not yet known whether or not the experiments that businesses are conducting with the metaverse will be appealing to customers over the long run. However, at the moment, a large number of customers are not familiar with the notion in general or NFTs. According to a survey that was published by Forrester in October 2021, approximately half of all persons in the United States (45 percent) had never heard of non-financial transactions (NFTs), and 28 percent of Americans who are aware with them still do not have a complete understanding of what NFTs are.