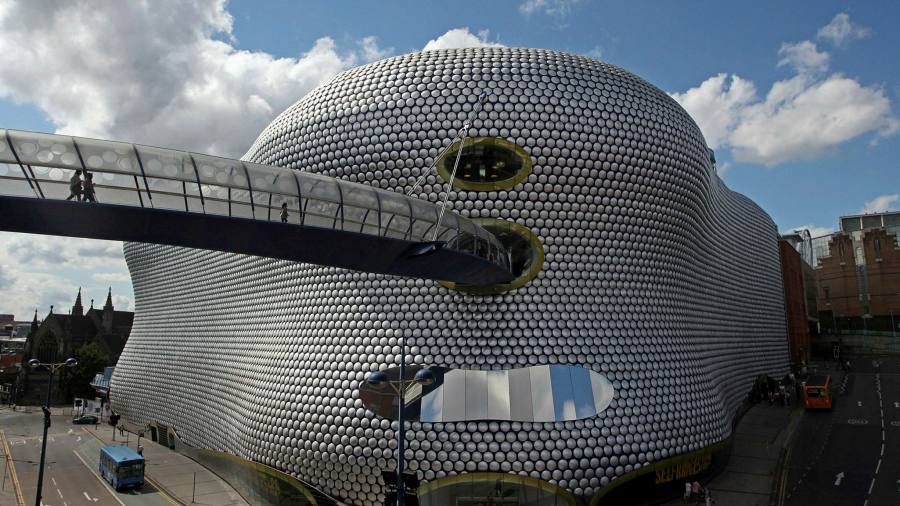 Queues of shoppers at the entrance to malls after 12 weeks of lockdown are welcome news for landlords such as Hammerson, owner of the Bullring in Birmingham, which have had to forgo so much in rent in recent months.

But it is only a short-term burst of summer sun. Travis Perkins — purveyor of sealants and shower traps essential to housebuilders, plumbers and DIY enthusiasts — is a cautionary tale. It kept stores open during much of lockdown. And even though the group’s weekly volume run rate is now close to 90 per cent against last year, it plans to lay off 2,500 staff, about 9 per cent of the total. The group says baldly that recession with a big R is heading down the pipes.

Recession will bite harder at retail landlords, particularly those such as Hammerson, which are already ailing. On Monday the property group trumpeted that it was parachuting in Robert Noel, industry heavyweight and ex-boss of Land Securities, to take the chair by the end of September. His arrival marks the end of Hammerson’s Two-Daves regime of David Tyler, chairman for the past seven years, and chief executive David Atkins.

Hammerson’s woes now cut too deep for a quick fix. Its rental income has already dropped like the proverbial stone. Its shares have fallen from nearly 300p to 107p in a year. The group has nearly £3bn in net debt and its equity is worth about £850m. Hammerson is now about the most shorted stock in the UK. It needs to raise capital. It won’t be easy even though it owns stakes in juicy assets such as Bicester Village and the Bullring. Nor will it be straightforward to secure investors’ backing.

One of those investors is Lighthouse Capital, a South African group that has built a 15 per cent stake in Hammerson in recent months and on Monday put Des De Beer, a non-executive, on Hammerson’s board. Piquantly, Lighthouse also has a stake in Klépierre, Hammerson’s rejected French suitor, which offered 600p-plus a share in 2018.

Hammerson will have to have brutal conversations with shareholders, debt holders and banks about restructuring, disposals and recapitalisation.

Mr Noel has the gravitas and a chance of pulling a solution out of the bag that the Two Daves don’t. The queues at the Bullring might provide some short-term relief from the group’s bruises. But the recession, and its effects as spelt out by Travis Perkins, could be the hammer blow.

Hollywood has had a bad case of sequelitis for 20 years now. The follow-up — or, even worse, remake — rarely lives up to the original. Cineworld, the world’s second-largest cinema chain, has narrowly avoided its own disastrous sequel. It agreed last December to buy Canada’s Cineplex, a follow up to its 2018 acquisition of Regal Entertainment in the US. On Friday, Cineworld pulled out citing breaches of the deal agreement.

The Canadian deal’s collapse was as predictable as each of the four forthcoming Avatar sequels will be. Cineplex’s shares have been trading well below the C$34-a-share offer price since mid-March. Spurned Cineplex plans to sue for damages.

Studios and streaming services have been using their clout to squeeze cinemas. The Regal acquisition gave Cineworld scale to stand up to distributors, but came at the cost of a huge pile of debt and a rights issue to boot. The Cineplex acquisition applied the same logic as the Regal deal. But this time the price and the debt was too high post-pandemic.

The question now is how long the Cineworld franchise has left to run. The group said last month it had enough liquidity to survive closures through to the end of the year; it reckons all its sites should reopen next month. And the industry says social distancing need not be the death knell it seems. Most cinemas operate on low average occupancies anyway. Rival AMC said last week that even with a 50 per cent capacity cap, it would only have lost 12 per cent of admissions last year. A 25 per cent cap might not cost it much more. Costs will automatically fall if fewer customers come. They don’t need to pop so much popcorn, while payments to distributors are linked to box office takings.

Still, a return to normal relies on consumers’ willingness to share an enclosed space with strangers for two-and-a-half hours. If even one cinema makes a cameo appearance as the site for a second wave, the damage could be enduring. Cineworld still has too much debt in a declining industry, and the Greidinger family’s sizeable stake could complicate any effort to raise new equity.

Cineworld has won a reprieve for now. The curtain could still come down on it yet.

BP has gone small on us. It is not just writing off billions in assets but refers to itself in the lower case — “bp”. Bit-part?

Oil Declines As Build Up Of U.S. Supplies Raise Concerns