Striking a blow for LGBT+ rights 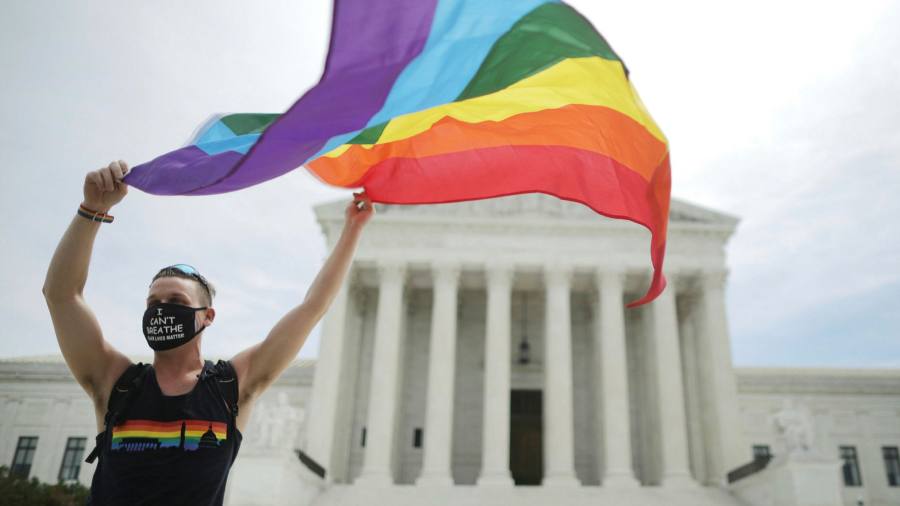 America crossed a watershed for human rights this week. On Monday, the US Supreme Court recognised that the prohibition against sex discrimination in the country’s landmark 1964 Civil Rights Act also applies to LGBT+ people.

This profoundly important ruling which came in the same week as the court overturned President Donald Trump’s repeal of certain immigration rights on procedural grounds, will have far-reaching import.

The 6-3 ruling in Bostock vs Clayton County was especially welcomed by LGBT+ advocates because it was written by Neil Gorsuch and joined by Chief Justice John Roberts, two of the court’s conservatives. The decision not only transcended the court’s bitter partisan divide; it also relied on the “textualist” analysis favoured by conservative judges and scholars. Their reliance on the plain words of the statute will strengthen the decision’s likely impact on other areas of US law.

For the first time, LGBT+ employees in all 50 states will now be able to challenge workplace discrimination based on their sexual orientation or gender identity. This is profoundly important.

One in four LGBT+ Americans report experiencing discrimination on the job, and half of US states have had no laws explicitly protecting LGBT+ people from discrimination. The Bostock decision focused on three plaintiffs who were fired because they were LGBT+. But the protections in the relevant part of the Civil Rights Act go beyond firing; they also cover hiring, promotion, harassment and pay discrimination.

The Supreme Court’s ruling is unsurprising and even inevitable. The words of the law — which bans discrimination “because of sex” — dictated the result. As the opinion explained, where otherwise comparable male and female employees share the trait of being drawn to men, but the man alone is fired for that trait, this is discrimination because of his sex. The same is true when two employees identify as female in the workplace, but one is discharged because she was identified as male at birth. As a result, Mr Gorsuch wrote: “it’s impossible to discriminate against a person for being homosexual or transgender without discriminating against an individual based on sex”.

Some opponents of LGBT+ rights have argued that the law couldn’t apply to these cases because Congress wasn’t specifically thinking of LGBT+ people when it passed the law.

But under textualist principles, the application of a law’s words are not bound by the “limits of the drafter’s imagination”, the decision said. Indeed, if that principle was always followed, earlier Supreme Court decisions banning sex-segregated job announcements, job limits that apply only to women with young children, and sexual harassment would be invalid too.

In fact, that laws against sex discrimination also protect LGBT+ people is not a newly discovered principle. As the court proclaimed: it “has been standing before us all along”. Indeed, in a rousing call for the protection of minorities of all kinds, the Supreme Court noted that refusing to extend protections to people who “happened to be unpopular at the time of the law’s passage . . . would tilt the scales of justice in favour of the strong or popular”.

The decision has been greeted with widespread approval by big employers and chief executives. This also underscores something else that has been hiding in plain sight for quite some time. The American public overwhelmingly supports non-discrimination protections for LGBT+ people. Moreover, that support cuts across demographics, political views, and faith traditions.

Critics of the decision worry that protections for LGBT+ people are at odds with the expression of the religious beliefs of some. But freedom of religion is also enshrined in American law and protected both in the constitution and within the Civil Rights Act. Similar tensions have long been part of American life. Freedom of religion, for example, can comfortably live side by side with the right to be evaluated on your job performance rather than who you are.

Finally, this case’s crystalline reasoning opens the door to LGBT+ protections in more than 100 other federal laws barring sex discrimination in areas such as education, housing, and healthcare. I hope this decision also prods Congress to pass laws protecting LGBT+ people, and other communities, from being denied access to goods and services and from discrimination in federally-funded programmes and social services.

This ruling marks an extremely important turning point for LGBT+ Americans. It is also one more steady step on the path to a shared aspiration of equal and equitable treatment for all.