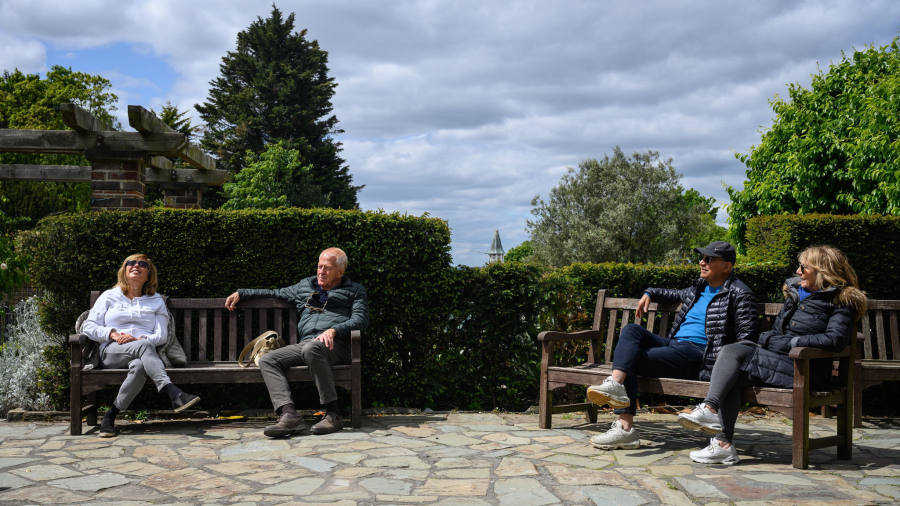 Will Boris Johnson’s “good British common sense” be enough to contain Covid-19 as the UK begins to gradually ease its lockdown? The prime minister’s words have attracted both criticism (from those who find the government’s new “stay alert” strategy vague and confusing) and praise (from others who argue that people will act responsibly given the chance).

In fact, Mr Johnson’s statement contained a contradiction. If, as he repeatedly claimed, “everybody understands” the new social distancing rules, then everyone should be able to obey them and the police should easily be able to enforce them. In that case, the vaunted “common sense” is largely redundant. You don’t use common sense when deciding how fast you can drive on the motorway, or whether your factory needs an additional fire exit.

Even libertarians agree some government intervention is needed to deal with a pandemic. There is a case for regulation of the conduct of individuals and businesses considerably in excess of that which would normally be justified. Equally, though, government should not, and cannot, regulate for every eventuality. It is not only impractical but inefficient to do so.

Ideally, we need a system that motivates people to make the best decisions, both for themselves and wider society. That requires a combination of firm rules and individual discretion.

What is odd about the new UK rules is the balance they strike between prescription and discretion in different spheres of life. Broadly, when it comes to social or household interactions, the government has gone for the former. We can now meet one, but only one, person from outside our households, outdoors but not in our own gardens, and we must remain at least 2m, no less, from them at all times. In the domestic or social sphere, it seems common sense doesn’t come into it.

Similarly, in travelling to work we should avoid public transport “wherever possible”. But that doesn’t mean we shouldn’t use it, even when social distancing is impossible — as it is for many on Tube trains or buses. Even face-coverings are only recommended, not mandated.

In other words, when it comes to our loved ones, friends, personal routines, the rules are there to be obeyed and enforced. Yet when it comes to restarting workplaces and the economy, we should use “common sense”.

This may be an oversimplification; there is lot of existing employment and health and safety regulation. But the balance is clear: the government wants to give employers considerable flexibility, with very limited intervention and enforcement, when deciding how to make workplaces Covid-19 secure, but it doesn’t want the wider population to have the same freedom in their private lives.

It is very hard indeed to see the economic case for this. Are you more worried about infecting your family and friends, your co-workers, or the stranger sitting next to you on the bus? Who do you trust more to worry about infecting you?

If the answer is your family and friends, then you already have the right incentives to behave responsibly. Yet it is those interactions to which the strictest rules apply. When it comes to your professional life, the government is leaving things largely up to you. You can choose to work as a childminder, or to pay one. But your dad cannot look after your kids.

Another important consideration is the clear power imbalance between employers and employees in most workplaces. The vast majority of bosses will behave responsibly and do care about the safety of their workers. But there are exceptions, and their employees will probably be the most vulnerable. Even for some of those who do want to do the right thing, the economic pressures to cut corners will be significant in the absence of clear regulation.

So where does that leave us? I’m not expressing a view on whether the health advice overall is wrong; I’ve no expertise on that. But from an economic and a broader social perspective, it looks as though the government has got the balance and the emphasis wrong.

The government seems to want to restart the economy while restraining the spread of the virus by keeping society in lockdown. It risks achieving neither aim. Why not let us use our common sense in social interactions where incentives already incline us to do the right thing, while continuing, say, to prohibit large social gatherings and making it clear that it is our employers who should obey the rules?

International Shares Were Up Today On COVID Progress

Boeing Sees Shrinking Market in the Near Future