The G7 must stand up for Hong Kong’s freedom 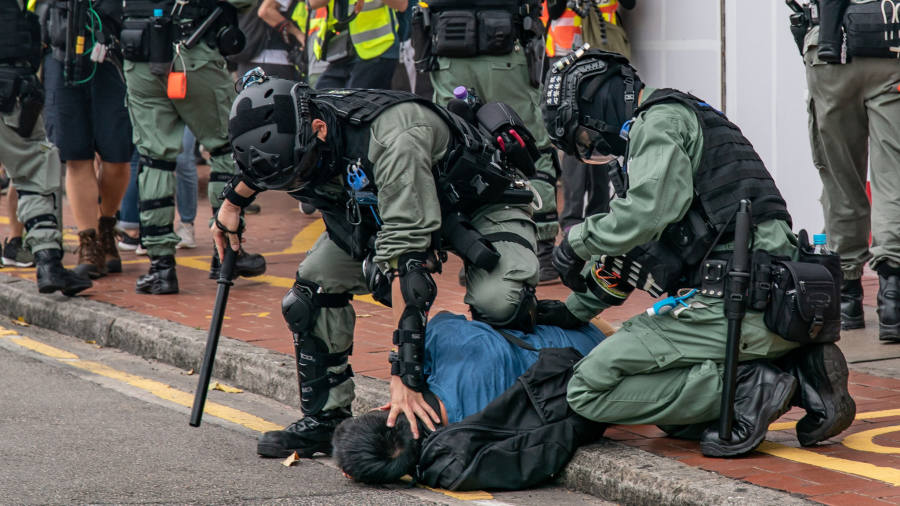 The writer was the last British governor of Hong Kong

China’s assault on Hong Kong’s freedom and its outrageous breach of its treaty obligations to this great city are matters of global concern. More than 200 politicians and senior policymakers from 23 countries from every side of politics have already signed a statement denouncing Beijing’s action. The UK must ensure that China’s efforts to impose a new national security law on the territory are on the agenda for the G7 meeting next month.

After the handover of Hong Kong by Britain to China in 1997, the territory by and large survived with its freedoms intact on the basis of “one country two systems” until Xi Jinping took over in 2013. Since then, Mr Xi has basically reversed policies pursued by his predecessors. He has reasserted Communist party control and cracked down on civil society and on any dissident activity. He has locked up Uighurs in Xinjiang and has now turned the screw on Hong Kong.

Mr Xi has instructed government and party officials to attack every sign of liberal democracy and its values, clearly a reason why he has targeted Hong Kong. His reign has been characterised by mendacity and a blustering disregard for international law and agreements. He has reneged on promises to the former US president Barack Obama over the militarisation of the South China Sea. Countries that question his communist regime — as Australia has done over coronavirus — are threatened with economic punishment despite international trade rules.

Now Hong Kong has felt the full weight of his bruising methods. While the rest of the world is preoccupied with fighting Covid-19, he has in effect ripped up the Joint Declaration, a treaty lodged at the UN to guarantee Hong Kong’s way of life till 2047.

Last year, millions of Hong Kongers protested against an extradition bill that would have destroyed the firewall between the rule of law in Hong Kong and what passes for the law in China. Partly because of heavy-handed policing and government by tear gas and pepper spray, there was inexcusable violence by a small minority on the edges of these huge demonstrations. Even so, the majority of Hong Kong citizens showed where their sympathies lay by voting overwhelmingly for those who had supported the demonstrations in last November’s District Council elections.

Terrified that elections for a new Legislative Council in September may produce a democratic majority, Beijing has decided to introduce by fiat (bypassing Hong Kong’s own parliament) national security legislation that includes laws on sedition and subversion. It will give China’s Ministry of State Security the right to operate there. With its well-earned reputation for coercion and torture, it will not be there to sell dim sum.

Britain must take the lead in standing up for Hong Kong and for honouring the treaty obligations. We have a political and moral obligation to do so. We owe it to the people of Hong Kong whose only crime is that they want to live with the freedoms they were promised.

If China destroys the rule of law in Hong Kong it will ruin the city’s chances of continuing to be a great international financial hub that mediates about two-thirds of the direct investment in and out of China. Many great companies that have prospered in Hong Kong are important to Britain’s wellbeing. With China itself, the UK has had a large trade deficit for years.

Britain needs to have a relationship with China to deal with global problems, including Covid-19. We can trust the people of China, like the brave doctors who tried to blow the whistle on the cover-up in the pandemic’s early stages. But we cannot trust Mr Xi’s regime. The UK and its friends, starting with the G7, must take a firm stand against a regime that is an enemy of open societies everywhere. If we fail to do this, where will we be in five or 10 years’ time, politically humiliated and morally compromised? Nothing gained but honour lost.

Bitcoin on the rise

Oil Rises as Refineries Shut Down in U.S. Gulf

Crude Oil Up On U.S. Fuel Demands By Close