The (Gradual) Canadian Jobs Recovery Began in May

The gain in employment in May was the largest one-month increase going back to at least the 1960s, but still only retraces about 10% of jobs lost over March and April. About 25% of jobs lost in the goods producing sector in March and April were recovered in May, but just 5% in services. That is not so surprising with industries like accommodation and food services expected to be among the last to return to a ‘new normal’ level of activity. 80% of job gains came from Quebec, where COVID-19 containment measures were eased earlier, while Ontario, where measures were eased later, saw another (although smaller) decline.

The unemployment rate also spiked higher despite the employment increase but that also is not so surprising. Early unemployment readings were understated because an exceptionally large number of those losing work over the prior two months (about 1 1/2 million by our count) were not immediately looking for work. The number of people classified as “not in the labour force” declined sharply in May. In other words, the increase in the unemployment rate is not a sign of further deterioration in May, it just means more of the earlier layoffs are being properly counted as unemployed.

To be clear, labour markets were still exceptionally soft in May. Employment is still down 2.7 million from February. Those job losses have still been heavily concentrated in lower wage positions (employment for those making an average of $1,200 per week or more was actually up about 300k in May from a year ago). Hours worked are down 23% over the last three months despite a 6% tick higher in May. Economy-wide output will still certainly post a decline in Q2 that is multiples of any prior quarterly drop in recorded history. But the tick up in employment in May, and larger monthly increase in hours worked, reinforces that the latest downturn probably ended at 2-months with a long recovery beginning in May. 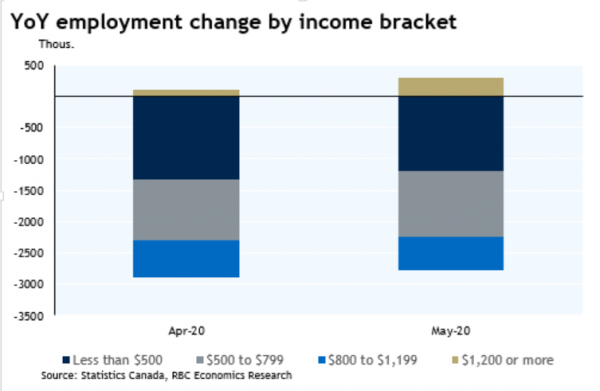 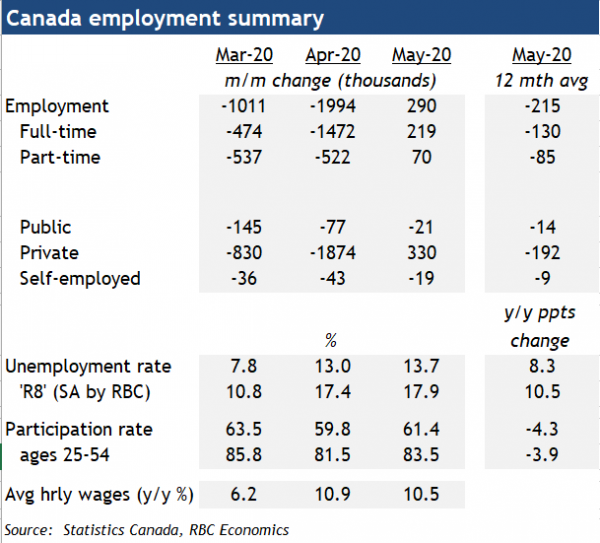 ASX Shares That Are Worth Having, So Consider Buying Now

Pound And U.S. Dollar May Be Pulling Back Soon