The worst of Covid-19 may still be to come 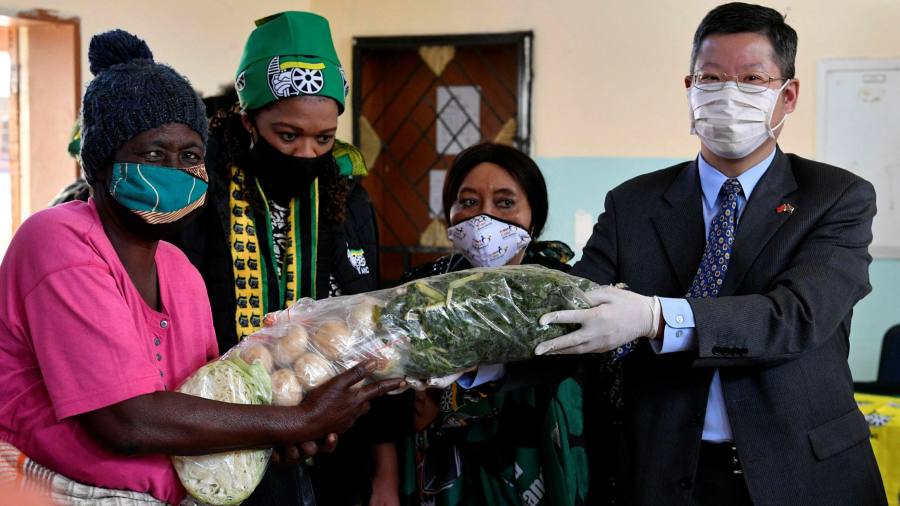 The writer is director of the Wellcome Trust

It is discomfiting but true that most people still underestimate the true impact of the Covid-19 pandemic. Its immediate effects are so shocking that we are all caught up in them. But the longer-term implications may be more profound still. If we are not careful, they will shake the world order to its foundations.

To understand the crisis fully, imagine the concentric ripples generated by a stone thrown into a pond.

The innermost circle is the immediate impact of the virus: fear, illness and death. The second, larger circle describes Covid-19’s indirect health effects, such as missed cancer screenings. In the 2014 Ebola outbreak, more people died of malaria in west Africa than of the virus itself. It can take years for people to regain trust in healthcare systems.

The third circle, the social and economic impact of rising joblessness and shrinking economies, is larger still. Like every crisis, the pandemic will amplify existing social fractures and inequalities. This will have political consequences. Some governments may fall as a result of Covid-19.

That leads to the fourth and biggest circle: geopolitics. How world powers choose to look after themselves versus the rest of the world will define global politics over the coming decades.

For example, as many governments come to face rising criticism for their perceived or actual failure to protect their citizens, one natural response will be to blame others.

In the UK, there have been increased attacks on minority groups. In the US, President Donald Trump has referred to the “China virus” and threatened to withdraw the US from the World Health Organization

In stark contrast, China’s President Xi Jinping has sought to position his country as Africa’s friend, promising the continent vaccines as soon as any Chinese citizens get them. Only time will tell if Mr Xi’s promise was true altruism, or merely diplomatic powerplay. But it deliberately differentiated China from Europe and the US. It also underlined the accelerating shift of global power from west to east.

Still, none of the above ripple effects are inevitable. Of the first two circles, it is not too late to improve disease-surveillance measures, public health and clinical care to reduce the impact of Covid-19’s first wave, and to prepare for potential second waves. We must invest the $31bn needed to provide a step change in Covid-19 diagnostics, treatments and vaccines, and build health systems for all regardless of ability to pay. This is the only true exit strategy from the pandemic.

The social and political impacts of the third circle can also be mitigated. Among the most vitally needed responses are: debt relief for poorer countries; investment to help the digital transition; support for green technologies to build a carbon neutral world; better education for the young; anti-corruption fighting; and enhanced democratic structures and institutions.

Lastly, there is the fourth circle, where we also face a choice. We can choose nationalistic routes that blame others for our problems. Or we can work together to forge a better, shared future.

There are historical parallels. International institutions such as the UN, World Bank and WHO that were established after the second world war were born of a moment of enlightened self-interest by leading nations. These institutions have been central to the world’s largely peaceful order of the past 75 years.

Today, they require reform. But they are also needed more than ever. The huge social, scientific and technological advances that humanity saw during the second half of the 20th century grew out of a global commitment to sharing. This did not happen by chance. It happened as a result of choices that were made.

The effects of Covid-19 have been and will continue to be devastating. But infectious disease and pandemics are not the only global challenges that we face. We urgently need to address other issues, including climate change, access to clean water, antimicrobial resistance and mental health.

Like coronavirus, these problems transcend borders. They will not be defeated by insular nationalism, blaming others or drifting into a more polarised world — all this only leaves everyone more vulnerable. Rather, they can be solved by enhancing international co-operation and developing a sense of shared destiny.

It is not inevitable that Covid-19 ripples out these four circles of ruinous effects. But avoiding this outcome requires leaders who lay out honestly the challenges that we face and then, equally honestly, how to deal with them. The choices we make today will help define the 21st century.