Time Out director buys in 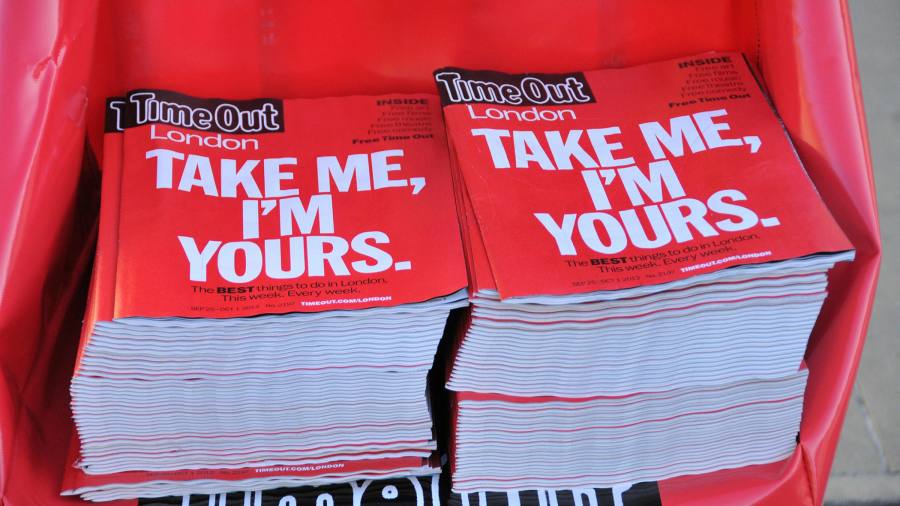 Time Out’s share price has more than halved since the beginning of March this year, as coronavirus damped investors’ confidence in the group’s new events-orientated Time Out Market business.

The company was forced to close all six of its markets, which host live events that sell food and drink, and temporarily rebranded itself as “Time In” in a bid to encourage social distancing. But this markets division is key to the group’s growth ambition: management noted in its year-end trading update that the segment had driven overall net revenue growth in 2019.

But the share price seems to have stabilised, having hovered around 40p since the end of April. The group has shored up its cash in recent months, raising £45m from a placing and gross proceeds of £2.1m from an open offer of new shares. Non-executive chairman Peter Dubens undertook his open offer entitlement in full, buying £803,152 worth of shares on 12 June at 35p.

Time Out is also restructuring €22.6m (£20.2m) worth of debt, with all interest and principal repayments delayed until November 2021. Management noted in May that it assumes its markets will reopen in September this year, although it said it would consider the possibility of an earlier date. But the group’s base case scenario still expects that revenues from its markets will halve in the first six months after they reopen.

In his day job, Alan Cleary is the managing director of Precise Mortgages. But this week has brought further evidence that he moonlights as a rather canny day trader in the shares of Precise’s parent company, OneSavings Bank.

On June 12, with OSB’s stock having almost doubled from its March low, Mr Cleary sold 320,595 shares at £3.06 each and banked just under £1m in the process. That figure matches the amount the Birmingham-based mortgage market veteran parted with on March 20, when he acquired half a million OSB shares at £2.01 each. The company declined to comment on Mr Cleary’s latest share sale.

Since his most recent sale, the bank’s market value has retraced by more than a tenth, suggesting other investors are starting to pay attention to the insider’s sense of the company’s value — even if he continues to hold a significant (though undisclosed) stake. Indeed, shareholders would also have done well had they followed Mr Cleary’s largest trade of the past six months: a £2.13m share disposal on December 19, just days after the price of the FTSE 250 passed 22.5 times its trailing earnings.

The domestic-weighted index has only exceeded that valuation five times in the past decade, and then only for a few days at a time, according to FactSet data. With hindsight — and regardless of the subsequent impact of Covid-19 or OSB’s then-modest premium to book value — that looks like a decent time to have taken some profits in a buy-to-let specialist, given its gearing to the UK economy.

Why is Silicon Valley so chilled about the cold war with China?