Tourism’s collapse could trigger next stage of the crisis 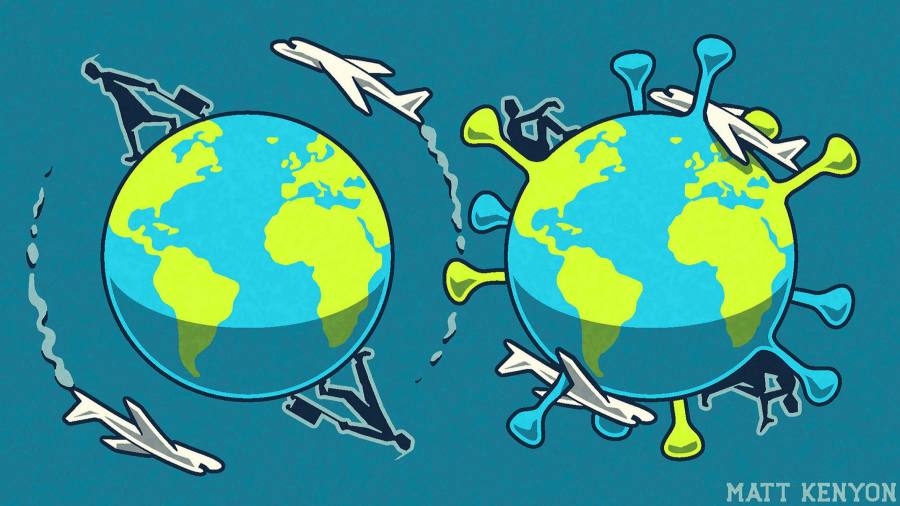 Last summer around this time, I did an interview with Ulf Lindahl, the chief executive of currency manager AG Bisset. At the time there was growing concern that the unwinding of the unprecedented corporate debt bubble created over the past decade could cause a sharp economic downturn.

He put forth a novel idea — that global tourism might be at the centre of the storm when it struck. “Everyone goes on vacation”, he said, “but it’s also the thing that you can cut back on quickly — unlike your car or your phone.”

If people did stop travelling because of some unforeseen economic shock, he posited, the effects would ricochet through nearly every industry and business, from manufacturing to real estate, restaurants, luxury goods, financial services — you name it. All this would risk setting off a raft of corporate insolvencies, high unemployment and a sharp downturn.

While many might have agreed with his thesis, nobody could have predicted the Covid-19 pandemic. Now the coronavirus-related collapse in world tourism, which represents more than 10 per cent of global economic output, according to the World Travel and Tourism Council, may well trigger the next stage of this crisis, in which we move from a public health emergency and mass unemployment to widespread insolvencies in myriad industries.

Countries such as Italy, Mexico and Spain, which have some of the highest levels of tourism as a proportion of gross domestic product, will be hardest hit by the fact that few people are travelling across borders this summer. However, the US, which has just posted the sharpest postwar contraction in second quarter, will probably be at the centre of the broader economic storm.

Congress cannot agree on the next stimulus package, and viral cases are surging. Nearly 17m American jobs are at risk as a result of the tourism downturn alone. Countless companies may be threatened, too. Even with billions of dollars in government aid programmes, US commercial bankruptcies were up 43 per cent in June compared with the same month of 2019. It is hard to imagine what will happen when the bailouts stop coming.

At the top of this hierarchy of pain are companies such as Boeing and Airbus. With global airline traffic forecast to fall 60 per cent this year, the two major aircraft manufacturers are facing a flood of order cancellations just as trade tensions between Europe and the US are flaring up. This, of course, adds fuel to wider US-EU trade disputes in areas from aircraft subsidies to digital taxation. It also puts pressure on manufacturing supply chains around the world.

The fact that people are not travelling — not even as far as the office — affects real estate, too. The value of global real estate is greater than that of stocks and bonds combined. According to Green Street Advisors, the unleveraged value of commercial real estate in the US is down by 11 per cent since the outbreak of the pandemic.

Transaction volumes in the second quarter of the year dropped by 68 per cent, the lowest level since the post-2008 financial crisis. There was distress across every property type, in every part of the country. Given that most Americans hold the majority of their wealth in real estate, that will hurt consumption.

It will also hit public sector spending. Real estate is the largest portion of the tax base in New York and other cities. Neighbourhoods where expensive office towers sit empty have a spooky, deserted atmosphere. Big tech firms such as Google, among the top real estate spenders in many big US cities, are not sending workers back until next summer.

Some surveys estimate that 40 per cent of US tenants are at risk of eviction if stimulus cheques stop. The collapse in the housing market will affect city budgets and services, quite possibly creating a 1970s-style snowball effect where wealth moves out, further degrading the tax base.

The travel crisis is also affecting the sharing economy. Brian Chesky, Airbnb’s chief executive, who laid off 25 per cent of his workforce in May, says mass cross-border travel may never return to its pre-pandemic levels. This means fewer purchases of luxury goods and expensive overseas educations. It will provide a further blow to restaurants that are already struggling to stay open at the half-capacity required for social distancing. In the US, the decline in manufacturing jobs over the past two decades was matched by a rise in food service employment, but that increase has now gone into sharp reverse.

As AG Bisset put it in a June research note, the collapse in mass tourism and the potential reverberations from it recall the 1928 collapse in grain prices that ultimately helped to trigger the 1929 market crash and the Depression. Back then, a bubble in wheat subsidised by easy credit led to overproduction and sharply falling prices, which ricocheted throughout the rest of the economy and eventually triggered an equity sell-off as investors saw the dominoes falling.

Many people are still finding a way to take a summer holiday, usually within driving distance. But globe-trotting as we once knew it is unlikely to restart any time soon. What we are seeing is the demise of an industry that has supported many other sectors. I suspect that once vacation season has come and gone, particularly if the US fails to provide more stimulus money, we will see ramifications that stretch far beyond the travel and tourism business itself.

Eventbrite Searches For Tech Co. to Merge With