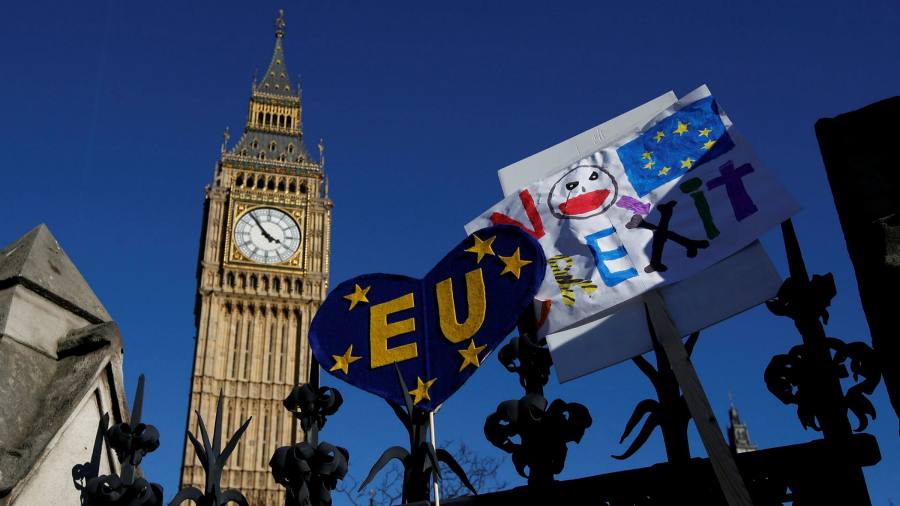 The UK has held off on fully committing to the EU’s landmark sustainable finance rules after Brexit, raising the prospect of a regulatory clash that would create headaches for Britain’s £9tn fund management sector.

City minster John Glen told a House of Commons committee last week that the Treasury would reserve judgment on whether to implement forthcoming European rules aimed at preventing fund managers from falsely marketing their products as sustainable.

Brussels’ flagship green investment classification system is due to become EU law in the next few months, meaning it will apply to the UK, as the country is still in the Brexit transition period. However, the technical standards that make the regime operational are still unpublished and will not be finalised until after the transition period ends.

In a letter to the House of Commons’ EU scrutiny committee, seen by FTfm, Mr Glen said that the UK shared the EU’s aim of “promoting globally consistent standards” and preventing greenwashing. “These commitments form a key part of our strategy to strengthen the UK’s status as a global hub for sustainable finance,” he said.

However, he indicated that given the lack of technical details in the EU legislation, the Treasury did not want to be bound to the regime in full. “[As we] do not have clarity on the final outcome of the file, we cannot comment at this stage on the extent to which we will align with the EU after the implementation period.”

Mr Glen added that the Treasury would “continue to monitor” the EU’s progress as it considered the UK’s approach to green finance.

The Treasury’s reticence suggests that sustainable investment will be one of the first big financial services regulatory battlegrounds following Brexit.

Under Prime Minister Boris Johnson, the UK has become more vocal about its unwillingness to be a rule-taker after Brexit and its desire to have the right to diverge from EU rules even in cases where the policy outcomes it is pursuing are broadly similar.

“Where the UK ends up on sustainable finance will be significant because this is one of the first financial files where the UK may diverge from the EU, even though they agree on the main policy substance,” said Denzil Davidson, financial services lead at advisory group Global Counsel.

The UK’s decision to reserve judgment on the EU taxonomy creates uncertainty for global asset managers, as it raises the possibility of having to deal with clashing regulatory regimes.

Sean Tuffy, a head of market and regulatory intelligence at Citigroup, said asset managers were “entering uncharted waters where the UK and EU will no longer be in lockstep on regulation”.

He said UK divergence from the European green taxonomy would create problems for cross-border managers. “Many UK-based firms will have to adhere to the EU [taxonomy] for their European funds and would likely want the rules to be as harmonised as possible,” he said.

The picture is likely to be complicated further as regulators in other jurisdictions, such as the Securities and Exchange Commission in the US, introduce their own rules to combat the risk of greenwashing as sustainable investing develops.

“Asset managers are going to have to navigate a number of proposals and we could be a way off from a global regulatory consensus on the concept,” said Mr Tuffy.