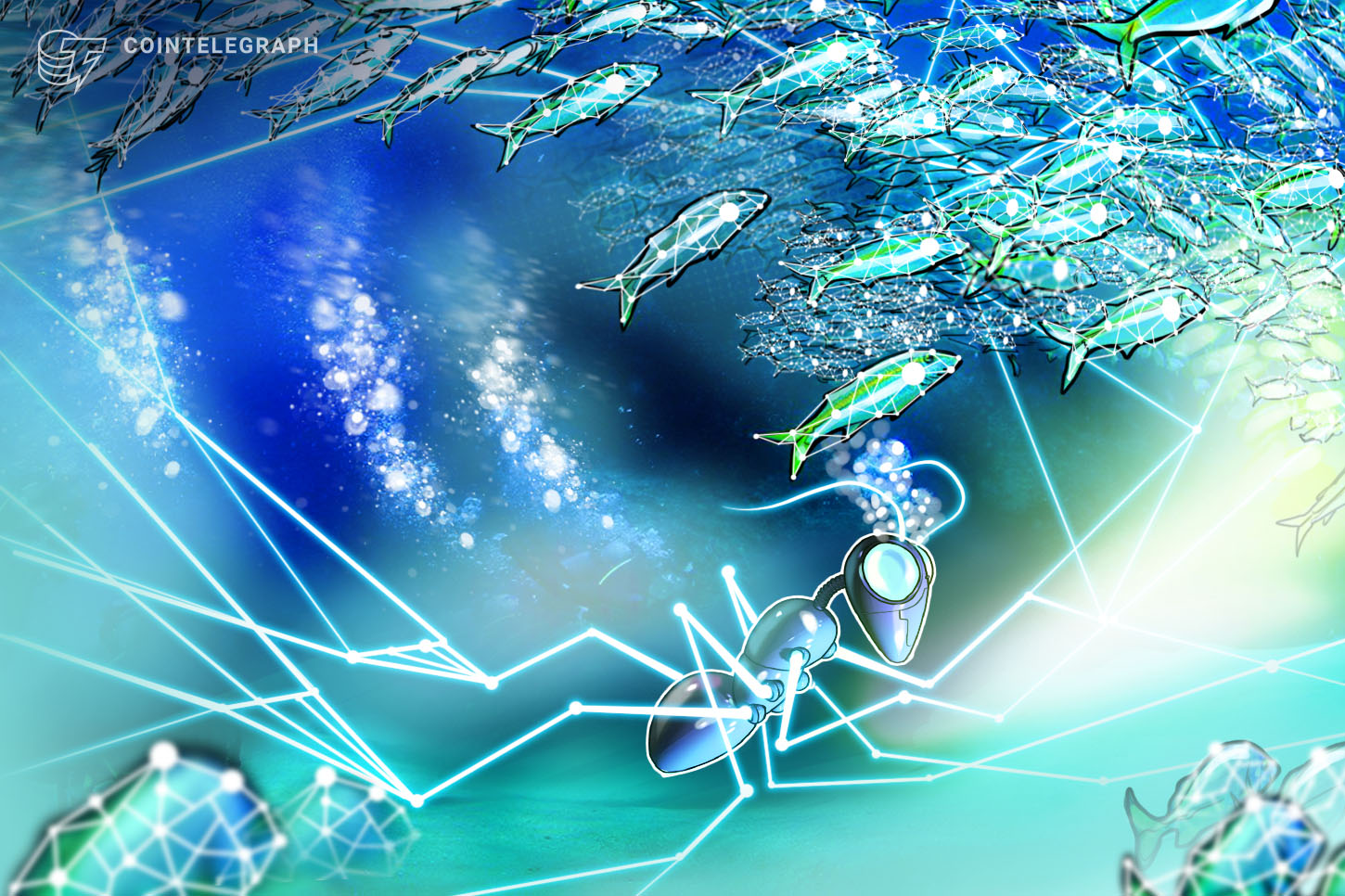 Blockchain has become one of the most discussed technologies in relation to supply chain management, given its ability to provide transparency and traceability within a number of value chains.

The Food and Agriculture Organization of the United Nations recently published a report titled “Blockchain Application in Seafood Value Chains” to raise governmental and international awareness on the role of blockchain in the seafood industry.

Key points highlighted throughout the document point to regulatory concerns that arise with global trade, appropriate use cases for blockchain and challenges — such as scalability and interoperability — that need to be addressed in order for mainstream adoption of blockchain to occur.

Why blockchain for seafood?

Yet as the seafood market continues to grow, a number of companies have begun to publicly meet sustainable seafood sourcing policies. While food safety has always been a primary concern, ensuring sustainability has now become a major goal that if met would allow companies to promote the benefits of their products, such as social and fair trade compliance.

Unfortunately, it has become a challenge for seafood providers to track the origin of their products efficiently while ensuring sustainability. While most seafood companies rely on outdated, paper-based record-keeping systems, the U.N. report notes that blockchain could be used as an effective traceability solution for the seafood value chain.

According to the paper, an ideal traceability solution would include automatic identification and logging of a product when it enters a supply chain, all supply chain transactions and all transactions relating to products leaving the supply chain.

Products must also be logged in real time with all the transactions recorded and verified. Moreover, an electronic platform could also force operators to comply with regulations, eliminating the need for national law enforcement involved in global trade commerce.

The report points out that a centralized online platform used in this instance would only serve to create challenges, as it would be unable to accommodate all supply chain scenarios while tracking each transaction. Centralized platforms are also usually expensive to leverage and can create confusion around ownership.

This is where the benefits of a blockchain outweigh those of a centralized database. Serving as a distributed ledger, a blockchain network ensures that each supply chain entity is aware of all transactions taking place across the network. Moreover, no single authority has control of the network because the information is spread across participants.

Additionally, smart contracts, which are computer codes within a blockchain network, automatically execute when certain conditions are met. In turn, third-party officials are less likely to intervene. The report also mentions that blockchain networks could integrate with existing digital traceability systems, stating:

It’s often the case that large enterprises prefer to leverage private blockchain networks to ensure the privacy of sensitive data. As such, the report mentions that the IBM Food Trust network, which is powered by Hyperledger Fabric, provides the best example of an enterprisewide blockchain solution. IBM’s Food Trust network offers a collaborative ecosystem for growers, processors, wholesalers, distributors, manufacturers, retailers and even consumers looking to achieve enhanced visibility and accountability across the food supply chain.

To demonstrate this, the paper sheds light on the Sustainable Shrimp Partnership, which joined the IBM Food Trust network in May 2019 to provide transparency and traceability for its Ecuador-farmed shrimp with the intent of decreasing food-related fraud and poor-quality products.

Ramesh Gopinath, IBM’s vice president of blockchain solutions, told Cointelegraph that there are currently over 250 members across the Food Trust network and over 19 thousand products in the system. He also noted that 24 million transactions have taken place over the network.

Provenance was also cited as being one of the earliest seafood blockchain pilots to date, having conducted a project in Indonesia in 2016 tracing yellowfin tuna loins and skipjack tuna used for canning. Leveraging the Ethereum public blockchain, a mobile application and smart tags, Provenance was able to track tuna from catch to landing, all the way to the factory and into the retailer.

Fishers and suppliers registered on the Provenance app were able to record their catch as an asset on the blockchain. The catch was then tagged for identification. Suppliers transferred the catch to factories via the app, along with the data that had been recorded. The final stage of the pilot involved working with retailers to apply near-field-communication-enabled smart labels on tuna products to let consumers know about the provenance.

The U.N. report notes that a number of valuable lessons came out of the early pilot, citing that some steps within the process remain unclear, including whether the tuna was individually tagged or if an entire catch was tagged and recorded as a single unit on the blockchain. The Provenance pilot report also pointed out many challenges associated with connecting physical assets to digital assets using QR codes, radio frequency identification tags and near-field communication technology.

Jessi Baker, the CEO and founder of Provenance, told Cointelegraph that the project also brought to light the challenges of using blockchains to enable traceability in a way that’s truly trustworthy, open and inclusive:

“We learnt there are huge trade offs between private versus public chains in supply chains. Private chains present some interesting efficiency gains, and some trust gains in a closed system, but they don’t and won’t aid consumer trust much beyond an existing centralized traceability solution.”

Baker further commented that since this specific pilot, Provenance has gained several large food and drink brand groups as customers to enable supply chain transparency, including Unilever, Pernod Ricard and Princes: “These companies are now focusing their efforts on proof of product impact — assurance on verified social and environmental information behind a product, often linked to traceability.”

Fishcoin is another use case cited, which incentivizes fishers to earn crypto from collecting and sharing seafood data on a blockchain network. Alastair Smart, Fishcoin’s chief operating officer, told Cointelegraph that the project rewards fishers at the start of supply chains for sharing data and for those in the middle of the supply chain, acting as a user-pay-market-based mechanism for meeting regulatory and buyer requirements.

Fishcoin uses a stablecoin called Fishcoin (FISH) tokens, which are pegged one-to-one with the United States dollar. Smart also explained that Fishcoin currently runs on the Steller network and Ethereum blockchain. Noting the role of Internet of Things technologies, he said:

“The underlying Trace Protocol Platform integrates IoT technologies and we are working with multinational feed companies, ingredient suppliers, UN agencies, software developers and fish farmers to use this technology to enable Precision Aquaculture as part of a Smart Farming Initiative.”

While the U.N. report summarizes how Fishcoin works, Vignesh Iyer, Fishcoin’s chief technology officer, explained that the project was created to help out the small-scale seafood producers in developing nations, as they cannot afford basic electronic catch documentation and traceability technologies.

With over 90% of the world’s seafood coming from developing nations that do not have mechanisms in place to collect data from sources, the question of sustainability becomes problematic, as Iyer added:

“In order to address the needs of the many stakeholders involved in these agricultural supply chains, the industry needs a whole chain interoperable system that can provide the key data elements in a way that is trusted, and secure. We need a mechanism for rewarding producers and supply chain intermediaries that share their data, creating an incentive (carrot) for sustainable and responsible practices extending beyond government mandates (stick) for traceability.”

The U.N. report states that “while the potential exists for the use of blockchain technology to enhance seafood trade, there are a number of challenges that need to be overcome.” First and foremost, there needs to be greater awareness of how blockchain-based systems can be applied in seafood value chains. Additionally, scalability is mentioned as a major issue for permissioned blockchains, which are noted to have the greatest potential for addressing seafood traceability.

Security is also challenging, as advances in quantum computing could compromise the cryptographic algorithms blockchains are built upon. And from an operational perspective, human input and physical tagging methods could also be inaccurate, leading to concerns around the authenticity of data on blockchain networks.

Interoperability is also something to consider, as there is still a lack of traceability standardization in seafood value chains alongside concerns regarding data privacy and the legality of blockchain transactions.

Finally, the report brings up an important point that enabling regulatory environments are required in order for blockchains to be implemented and widely adopted. In fact, the report makes it very clear that any validation and verification structure for data as part of a traceability framework needs to be based on regulatory oversight by authorities in each region involved.

In order to overcome these challenges, a number of recommendations are listed, mainly in regard to following legal and regulatory compliances. It’s also recommended to understand what data must be acquired when leveraging blockchain, along with determining the sources and jurisdictions located in regions involved in the supply chain process.

To this point, it’s noted that blockchain-based traceability solutions may work best in fisheries that voluntarily want to demonstrate their compliance to laws or in those looking to create self-controlling mechanisms to create trust among competitors. While blockchain’s potential and limitations are clear, the authors of the study are able to ultimately agree with one notion:

“Blockchain, data mining, and AI will not stop IUU fishing, will not prevent overfishing and discarding. But they may help to make global streams of fish and seafood products with the associated flow of money becoming more visible and transparent.”