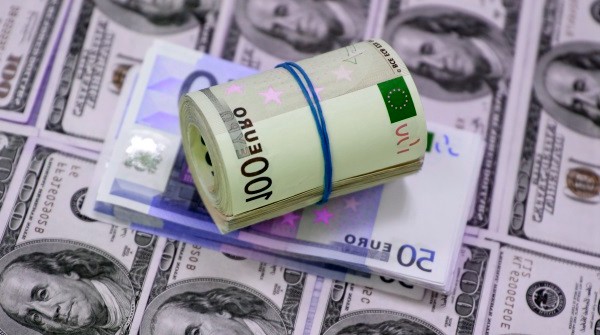 EUR/USD is steady on the day, unable to extend its two-day rally, trading around 1.1590 in the last hour.

As US bond yields fell dramatically throughout the US session, acting as a negative for the greenback, the shared currency rallied off day lows around 1.1570. The dollar index, however, is recovering, approaching 94 and closing at 93.98, down 0.08 percent.

The increase in wholesale pricing was attributed to rising energy expenses, according to a report released by the Bureau of Labor Statistics (BLS). It also emphasized how transportation constraints, material shortages, and growing labor costs have driven up prices across the economy in recent months.

Investors pay attention to consumer inflation numbers despite the fact that it’s a US inflation report.

The October Consumer Price Index (CPI), which market participants are watching, will be released on Wednesday. The Fed’s dovish tone has sparked a selloff in the bond market, with US Treasury yields falling. In addition, the first round of unemployment claims for the week ending November 6 will be released.

The eurozone economic agenda will include inflation numbers for Germany, as well as words from Bundesbank President Weidmann. A non-monetary policy meeting will also be held at the ECB.

A double-top pattern could form for the shared currency.

For the shared money, a double top pattern could arise. Despite six unsuccessful attempts to challenge the price of 1.1524, EUR/USD works on a floor, while 1.1616 is the barrier to clear before reaching the “neckline” of the double bottom at 1.1691, reached on October 28.

The relative strength index (RSI) is at 47, which is somewhat higher than the previous low, but it is still below the mid-50 level, indicating that selling pressure is still present. However, there is a minor positive divergence, with the RSI indicating higher lows and the EUR/USD price action indicating lower lows. The RSI must, however, break above the 50 center line to restart the short-term positive bias and accelerate the rise.

USD/CAD rises to 1.2465 amid broad US dollar weakness