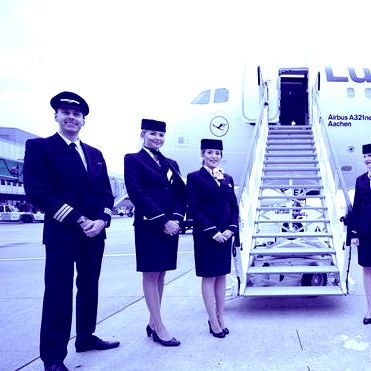 Lufthansa, the first European airline, said Friday it closed the advance repayment of state aid distributed in 2020 by the German government. The loan’s objective was to avoid the airline’s bankruptcy amid the Covid-19 pandemic.

Ahead of the outbreak of the Covid-19 pandemic, Lufthansa has closed the repayment of public assistance in 2020 on account of the German state.

“Lufthansa has repaid (…) all the funds granted by the Federal Republic of Germany,”… “Much faster than expected,” said the group in a statement.

In 2020, Lufthansa received a package of 9 billion euros ($10.35 billion), including a slot in Berlin. Lufthansa’s rescue plan was meant to save it from bankruptcy. It came at the time when the Covid-19 epidemic had nearly crippled air travel.

The company has only been able to utilize €3.8 billion of aid made available by the German government in 2020.

Furthermore, it has received aid or guaranteed loans from other European countries where it has subsidiaries. These include Switzerland ($1.38 billion), Belgium ($335 million) and Austria ($517 million).

In addition to its current holding of 14%, the German state will now have to sell all of its shares by “October 2023,” according to the firm.

In response to the crisis, Lufthansa embarked on a cost-cutting plan in 2020 that involved a huge reduction in workforce.

“This early repayment demonstrates the effectiveness of our instruments,” said German Economy Minister Peter Altmaier in a statement.

Furthermore, the group has benefitted from “the increased demand for air travel”, thanks to recent reopenings of international borders. Lufthansa also benefited from its “rapid restructuring” by releasing liquidity.