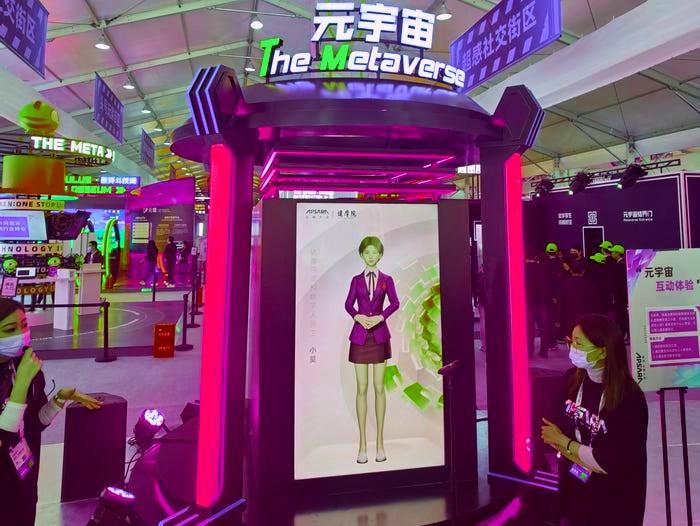 One of the most pressing questions in the recent race for metaverse domination is whether China is participating and what role it is playing. The race between the U.S. and China for dominance in technology has been causing heated debate for years.

The metaverse refers to digital experiences and ecosystems built on infrastructure technologies like artificial intelligence. It ranges from e-commerce and entertainment to work and social media, where users spend the most of their time. Therefore, it may be difficult to envision a world where social and economic life will not influenced by the metaverse. In this case, builders can set their own rules.

Core technologies include artificial intelligence, 5G, end-user devices, and industry super-apps that bring everything together, along with smartwatches and glasses. China’s competitiveness on these four criteria could give it an insurmountable lead over the U.S.

The Chinese government has realized that AI is revolutionizing virtually every aspect of social life, including consumption. China’s government and businesses have made AI a top priority. Indeed, they recently called for major breakthroughs in AI by 2025. The country plans to become the world leader by 2030.

In the event the metaverse succeeds the internet, those who develop it will play a crucial role in the future of the economy and society.

The Chinese government first outlined the strategy in its Next Generation Artificial Intelligence Development Plan in 2017. In response, the government has developed new policies and invested billions of dollars in R&D from ministries, provincial governments, and private firms.

China’s AI initiatives have steadily eroded the U.S. advantage in this sector. In 2017, the U.S. had an 11x lead over China, but by 2019, that lead had fallen to 7x. Furthermore, the Pentagon’s former software chief even declared that China already has an insurmountable lead in artificial intelligence and machine learning.

In addition, some question the American lead in the availability of training data. The United States tends to lean toward privacy in the debate between privacy and public good. On the other hand, China has long viewed civil society as a public good.

Furthermore, China has access to large data sets to train AI, which is a significant advantage, especially given its 1.4 billion population.