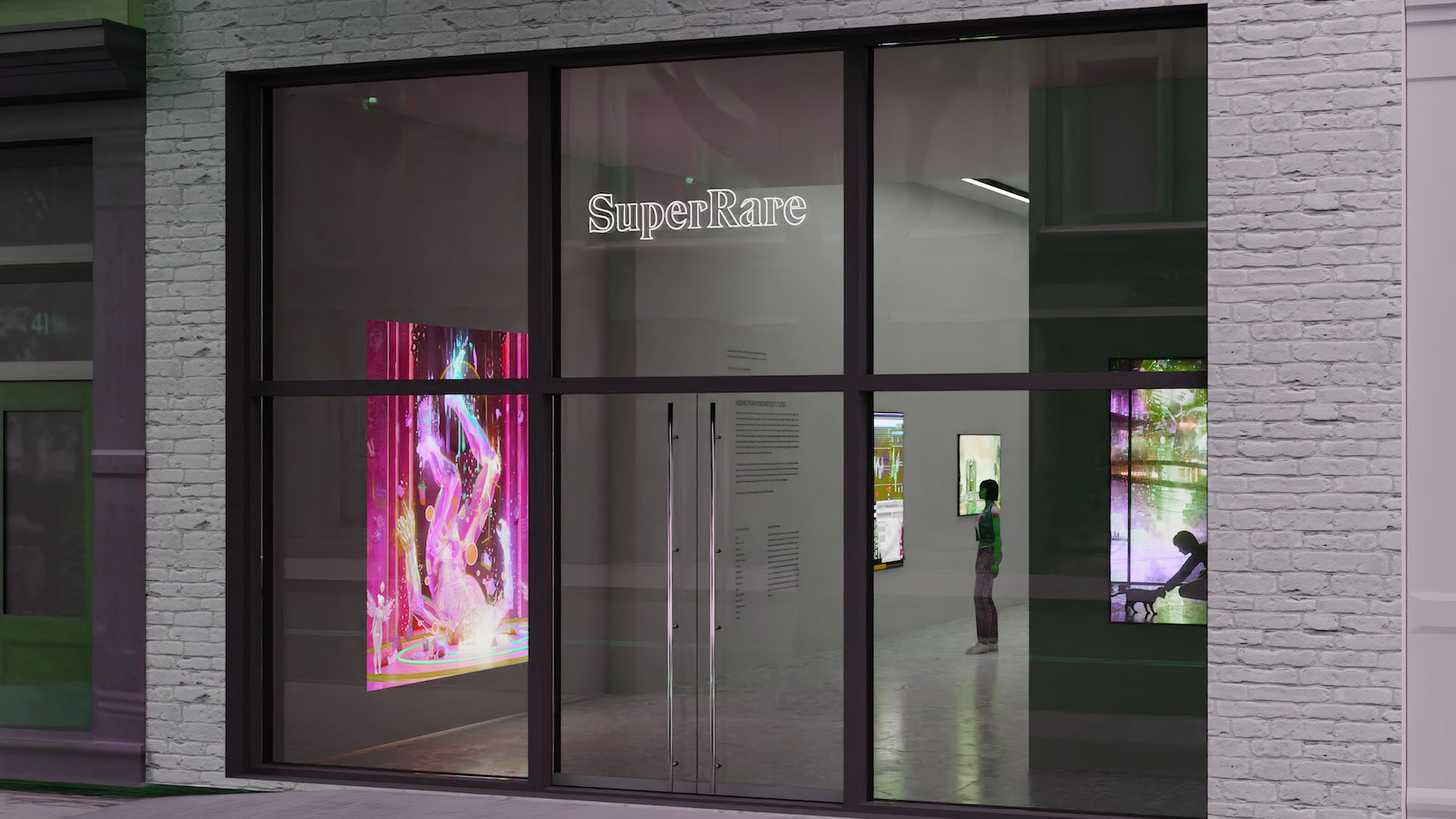 On May 19, SuperRare, a digital art market based on Ethereum’s blockchain and powered by the RARE token, opened its inaugural pop-up gallery in SoHo, a historic New York City area famous for its passion for artists and their work.

The opening of the exhibition is an excellent illustration of the metaverse, a digital reality that lives both in the collective imagination of humans and across a network of computer nodes. It, too, aspires to leave a physical imprint on art history.

An Rong and Mika Bar-On Nesher coordinated the brightly lighted, two-story exhibition, which featured works by 15 SuperRare artists that touched on sci-fi and cyberpunk, two motifs central to the idea and concept of the “metaverse.” The exhibition, which is accessible to the public until August 28, aims to transform how we interact with art in an increasingly digital age.

Before the arrival of the virtual world, SoHo became famous in the 1960s, when artists were drawn to the district by its open spaces, huge windows, and low rent. By the next decade, a neighborhood previously recognized for its industrial labor and influx of businesses and artists had been ravaged by displacement, forcing some of its inhabitants to leave.

Despite the tumultuous conflict and division, SoHo continued to thrive. Today, the desired area serves as the ideal site where the meaning of art can be explored

Remembered Futures’ Visions is the first real-world experience on the marketplace. SuperRare’s work has previously been displayed on the seventh floor of Decentraland’s metaverse, a 3D-based platform that allows users to purchase virtual tracts of land.

The internet marketplace has gone a long way since it began as a four-person operation in a Brooklyn coffee shop. Before the gallery found a home in SoHo’s bustling streets, Chief Product Officer Jonathan Perkins and CEO John Crain said they would travel throughout Europe with backpacks full of iPads, putting together DIY gallery pop-ups wherever they could.

They were able to take it a step farther because of their previous experience. “While digital is amazing, and the metaverse is fascinating,” Perkins told CoinDesk at the gallery’s launch, “having real locations to come together and enjoy art is crucial.”

HoneyWasp is a NFT project to look at