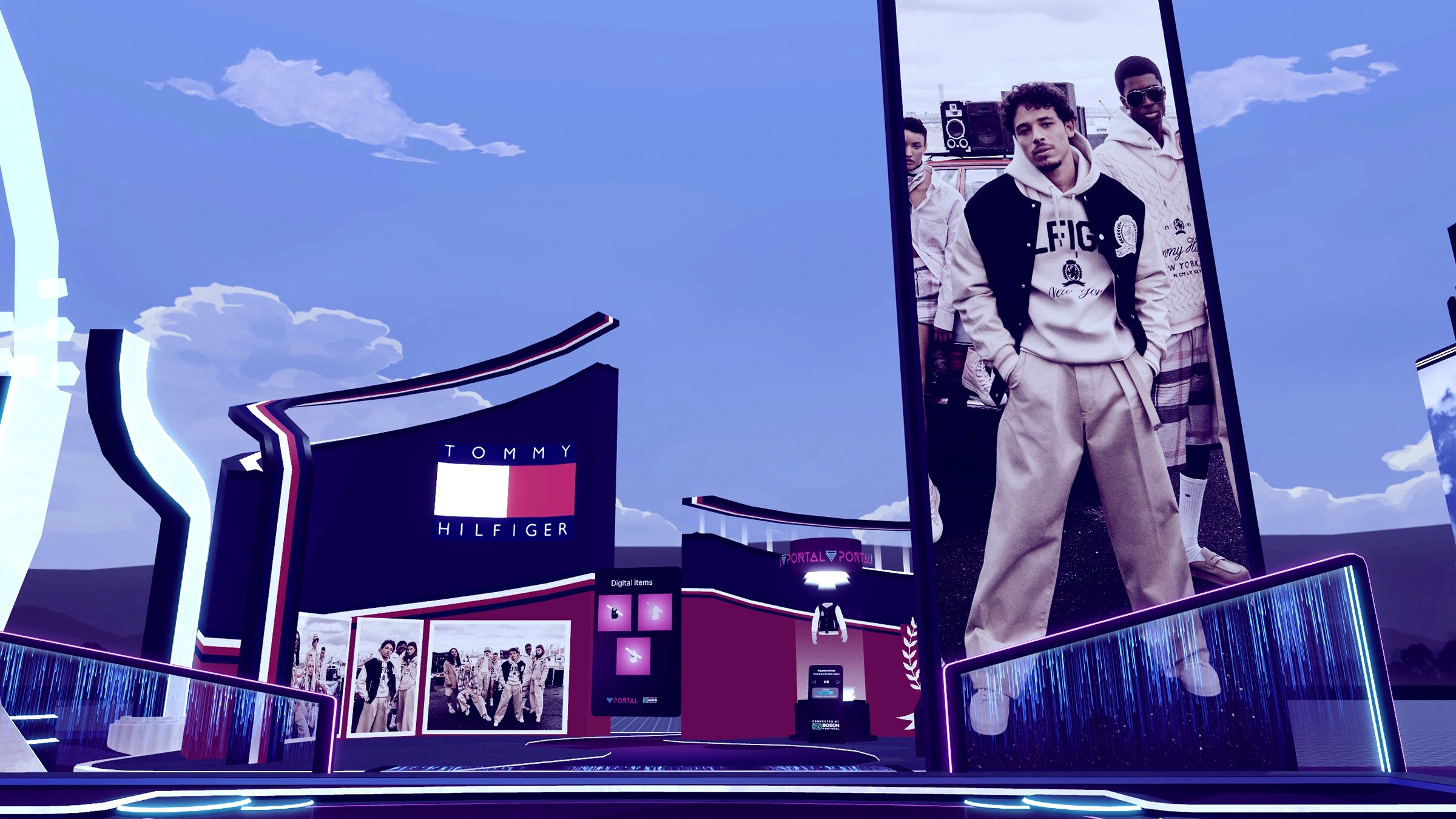 The physical presentation of the Autumn 2022 collection by the American clothing brand will take place on September 11 at the Skyline Drive-In in Brooklyn. The event will also be live streamed to users of the gaming platform Roblox, where avatars dressed in the collection will walk through the virtual version of New York City. At this time, the metaverse platform is playing host to a global community consisting of more than 50 million users every day.

The new retail concept puts a spin on Tommy Hilfiger’s customary practices by linking the audience of the legacy brand to a brand-new, immersive Web3 setting

“When I initially began out in the industry, New York was the place where fashion, art, music, and entertainment were all converging into one cohesive whole. In a statement sent to Hypebeast, Tommy Hilfiger said, “And even now, it is still this attitude that encourages me to engage with the cutting-edge groups generating new creative experiences.”

In 2021, as part of an expansion of Tommy Hilfiger’s existing connection with Roblox, the company intends to launch a collection that, in addition to the tangible pieces that are typically sold, will also sell exclusive digital products that can only be purchased through the company’s website. It recently achieved success with Roblox by utilizing TOMMY PLAY, which is an online environment for the community of the brand to play games, communicate with one another, and imagine. 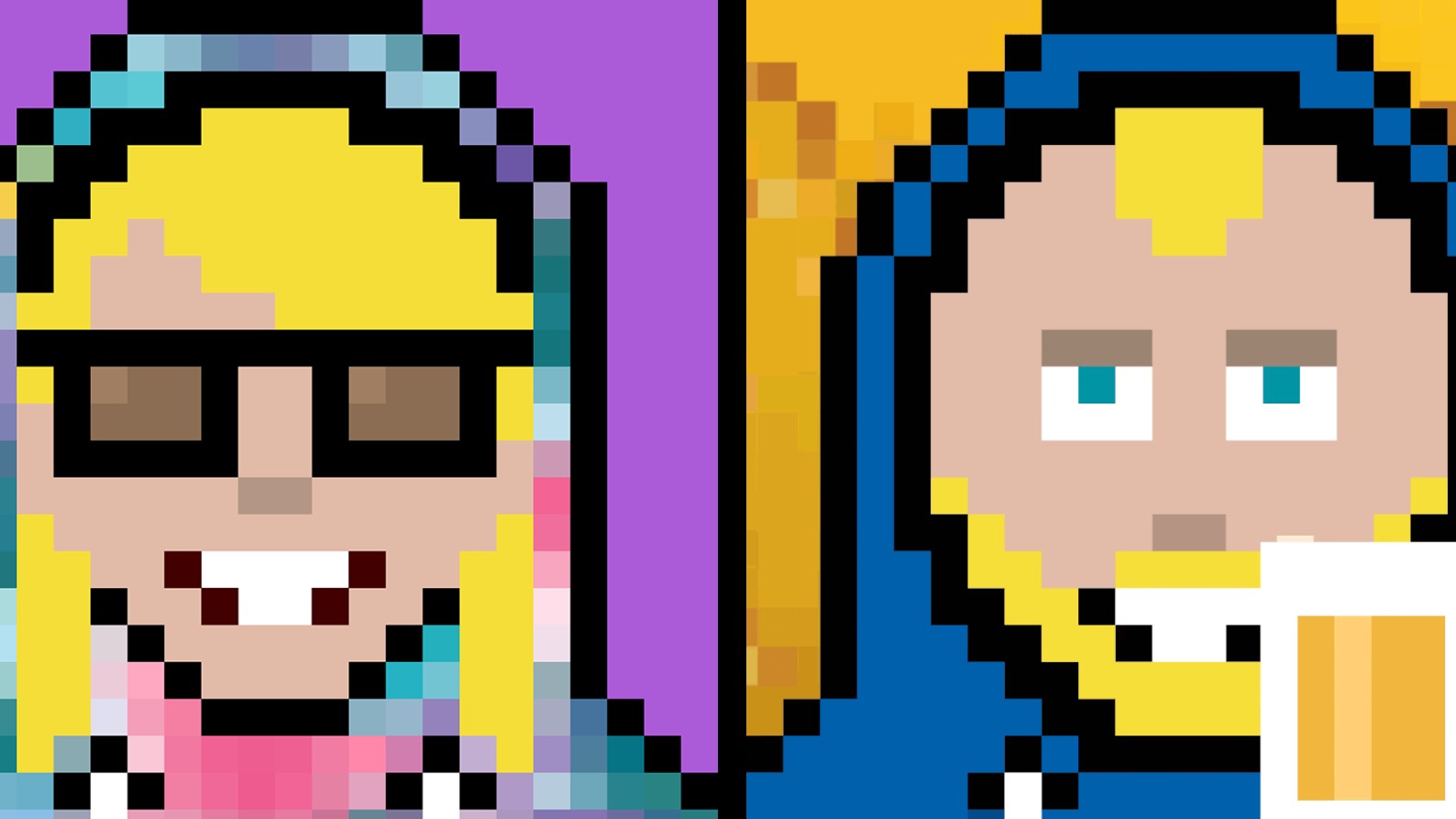 The purpose of this collection is to raise awareness of pixel art, which is a fascinating visual form that works really well in the cryptocurrency world. The Hoodiez collection is comprised of one thousand PFPs on the Ethereum blockchain that include extremely amazing pixel graphics. This is a cool, current, and welcoming initiative for everyone to participate in, and the company is hoping that there is a Hoodiez for everyone.

This collection has a large variety of characteristics

Backgrounds, skin tones (including alien skin tones), eye color, eye shadow, hoodies, lots and lots of hairstyles and facial hair, mouth expressions and masks, various eyewear, accessories like airpods and earrings, as well as random objects like pets, drinks, laptops, and even nerd candies. In addition, a couple beanies for use as headwear.

The collection has both young and old male and female Hoodiez in equal numbers, and each has a few characteristics that set it apart from the others. Due to the fact that there are only 1000, there are a lot of uncommon Hoodiez in there. Additionally, there are ten animated 1 of 1s that are a part of the collection that are up for grabs. They’re quite cool in my book. As soon as holders mint one, it will become immediately visible.

The act of donning a hoodie is both commonplace and laid-back. Hoodies can be worn by people of any socioeconomic status, therefore the holder need not be wealthy. Additionally, it is highly contemporary apparel that is widely worn by crypto fans today. 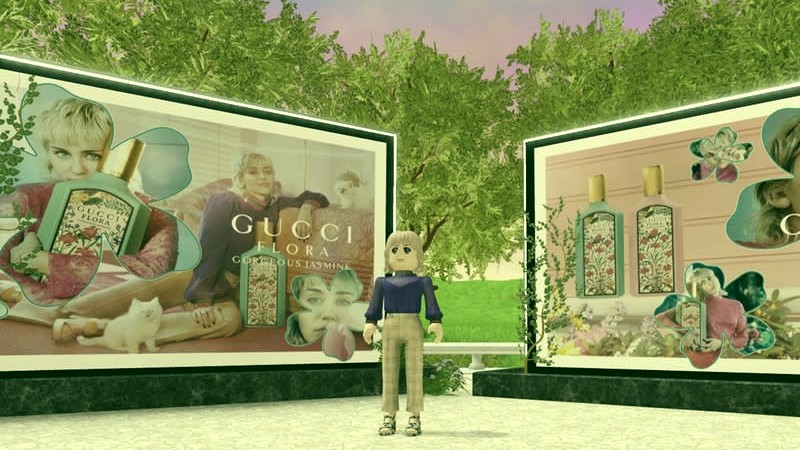 As part of the festivities surrounding the launch of Gucci Beauty‘s newest Flora fragrance, the firm has invited Miley Cyrus into the metaverse as its very first avatar visitor.

The recording artist who has won multiple platinum awards and is the face of the most recent advertising campaign for Gucci Flora takes over the Gucci Town area of Roblox in order to create an immersive experience that is inspired by the fragrance. Gucci Town is the brand’s virtual destination for the growing Gucci community. It was brought to life in conjunction with game developer firm The Gang, and its goal is to provide a space where people can share creative experiences and make connections with one another.

Cyrus’s avatar takes control of the digital world and conducts a series of quests, games, and interactive learning experiences in the form of scavenger hunts and opportunities to take digital selfies

The artist gives guests of Gucci Town the opportunity to thoroughly immerse themselves in the world of Gucci Flora through experiences such as “Mini Game Heights” and “Selfie Way.” Aside from that, customers can also learn more about the scent by visiting the virtual Gucci store, which was modeled like the physical Flora pop-up venue. In addition, visitors can purchase digital perfume bottles that come in the form of wearable bags anywhere they go in the metaverse world.

The announcement of the alliance with Cyrus comes after a period of significant innovation on the part of the brand. Lyst, a business that specializes in fashion technology, declared Gucci to be the season’s most desirable brand only lately. 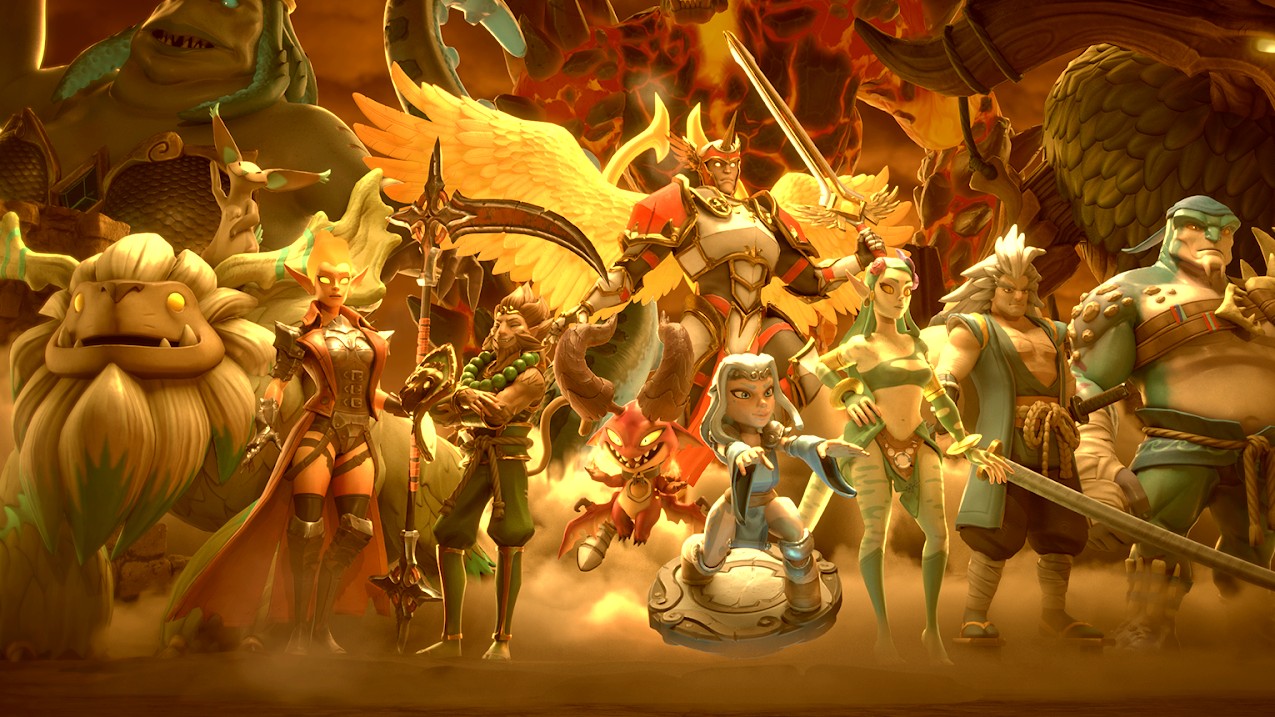 Manel Sort, a former FVP of King Studios, and his group at G4AL recently teamed up with Yield Guild Games (YGG), one of the major guilds rooted on the gaming community within the Web3 sector.

The player base of Axie was YGG’s initial focus, but the guild has subsequently extended into a variety of other areas. This collaboration intends to debut Elemental Raiders, their most recent game, and highlights the dedication of both parties to the development and acceleration of Web3 gaming as it transitions to a more lasting and sustainable model.

Sarutobi Sasuke, the chief of partnerships at Yield Guild Games, commented on the new cooperation and stated it contributes to the company’s overarching vision and story

“We are interested to watch how G4AL’s economy, which uses a single token across all of their games, including Elemental Raiders, develops. We’ve joined with Manel and the team because we think they have a lot of potential to dominate the industry, especially given the extensive professional gaming background they have. We can’t wait for our community to get involved and leave its mark “Sasuke continued.

“Elemental Raiders, G4AL, and all of our other planned games are able to take a long-term approach to enabling the Web3 gaming community because to our cooperation with YGG. They will gain early access to our first games, which release in Q4 2022, by utilizing our initial game assets, and they will assist us in defining the direction of G4AL “the CEO and Founder of G4AL, Manel Sort, explains.

The YGG serves as a hub of support for its players, bringing people together to choose the games they want to play, the assets they want to acquire, and how they want to use them in the game. In the near future, YGG will have its own metaverse.

“Everyone may play the game for free and try out Elemental Raiders, G4AL’s debut title, now that the PC beta is out and the mobile version will be available soon. Users can begin earning tokens by taking part in co-marketing efforts run by guilds like YGG, as well as by playing for free “stated Manel Sort.

Nars Color got released on Roblox

ChaneKes is a community-based NFT project